Skip main navigation
Home / Law / Introduction to the UK Parliament: People, Processes and Public Participation / A guide to the House of Commons Chamber

A guide to the House of Commons Chamber

In this video, the former Serjeant at Arms, Lawrence Ward, guides you through the Chamber of the House of Commons.
View transcript
8.1
I love the Chamber of the House of Commons. I’m a Chamber devotee, or a Chamber fanatic. I suppose really I regard it as the cockpit of our democracy. It is the heart of Parliament, and the heart of democracy for this country and it is a great example to the world. That’s why the Chamber is so important. The Chamber is really the heart of our Parliament. It’s the one place where Members all gather together to ask questions, to debate, to legislate.
54.9
So this is the House of Commons Chamber. It’s said that Churchill himself got involved in a discussion about how big the Chamber could be, and it was felt it would make it more intimate and a bit more argumentative if it was smaller, so that people are packed in for the big debates. The Government typically sits on this side, or to the right of the Speaker. The front bench is for government ministers and on the left hand side are the opposition and the shadow ministers sit on these benches here too. I don’t believe that millions of people are losing confidence in our legal system. I believe that they are concerned about the ability of the European Court.
89.2
So if a Member wants to reserve a seat for the day, other than the front benches, which are reserved for ministers or shadow ministers, Members would have to write their name on a prayer card, put it in the prayer card holder and that would reserve their seat for the day, as long as they’re here for prayers, which is always the first business of the day. On Prime Minister’s Questions, it’s amazing how many seats are reserved and how many people come in for prayers. So synonymous with the sitting of the House is the mace that is always present whenever the House is sitting.
116.2
The mace is carried in by Serjeant at Arms each day and is placed either on the table or below the table if the house is in committee. And maces belong to the royal household. The current mace was made for Charles II and when the House dissolves at the end of its term, they actually go back to the royal household where they’re stored safely. This is called the government despatch box. So any minister, including the Prime Minister, that is making a speech to the House or replying to questions from other Members, would stand at this despatch box. It can be incredibly intimidating, particularly when the House is very busy, as is the opposition box.
152.4
If we look back in history, we’ve had these great, great politicians that have been at that despatch box, banging away, making statements. So this is the Speaker’s chair, where the Speaker sits and he is here to keep order in the House particularly during very rowdy and busy debates. Order! Perhaps we can now make some progress with short questions and short answers. In front of the Speaker’s chair are the clerks who advise the Speaker and Members on procedural matters. The Clerk of the House usually sits in this chair and the Clerk Assistant there. When Members are asked to decide on a particular issue that’s coming through the House of Commons, the Speaker will call a division.
190
The division lobbies run parallel to the Chamber on either side. We have the Ayes behind the government side and the Noes behind the opposition side. So if you’re a Member of Parliament and you want to vote for a particular amendment or Bill you will go through the Aye lobby. Or if you’re against it, you’ll go through No. This is the Serjeant at Arms’ chair. We are there to represent the authority of the Speaker. Up here we have the press gallery, which is where the media sit and Hansard, the official reporters and they record everything, so there is a record of what is said and done in the House of Commons Chamber.
227.6
And in the other galleries around either side is where the public sit. Because a very important element to parliamentary business is that it doesn’t only sit, but it’s seen to sit. The other very special thing about the House of Commons Chamber is you get a sense of the power of it; how the decisions that are taken in this place affect everybody’s lives. So the stakes are always high. It’s always a big occasion.

What happens in the Commons Chamber today has evolved from a long history of customs and traditions. In this video, the former Serjeant at Arms, Lawrence Ward, guides you through the Chamber of the House of Commons.

The thing about the House of Commons Chamber is you get a sense of the power of it; how the decisions that are taken in this place affect everybody’s lives. So the stakes are always high. It’s always a big occasion.
Lawrence Ward, former Serjeant at Arms

Who’s who – roles of people featured in the video

This content is taken from UK Parliament online course 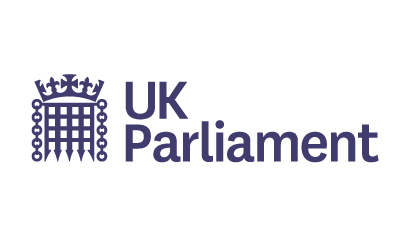 Hi there! We hope you're enjoying our article: A guide to the House of Commons Chamber
This article is part of our course: Introduction to the UK Parliament: People, Processes and Public Participation