The Princes in later life

Prince Charles Edward escapes Scotland to France and lives a nomadic life thereafter; his brother Henry is exalted within the Catholic church. 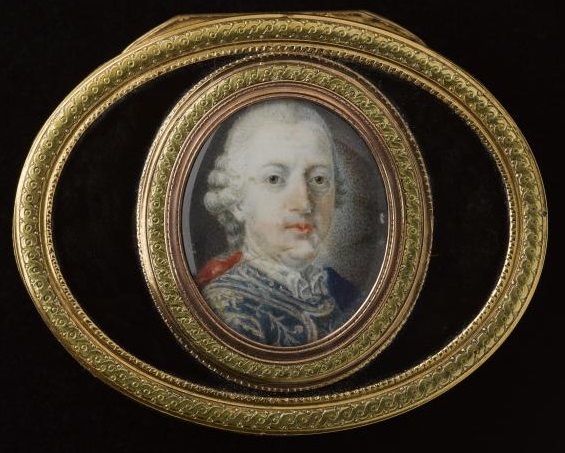 We have heard what happened after the 1745 rising, in the Highlands of Scotland and to those who had served Prince Charles Edward Stuart – but what happened to the Bonnie Prince himself? Charles finally returned to France in September 1746. He continued to be driven by his dynastic ambitions for a Stuart restoration but over the next three decades faced a series of setbacks and disappointments, as we will see below.

Pope Benedict XIV announces his intention to make Charles’s brother, Henry Benedict, a Cardinal – a Prince of the Catholic Church. Charles described this action as being like a dagger to his heart.Think about the impact of this appointment: hopes of a Stuart restoration to the British throne were now irrevocably dashed. Such an overt allegiance to the Catholic Church would make it difficult – if not impossible – for Charles to stake a claim.

Henry is ordained as a priest; in the Treaty of Aix-la-Chapelle between Britain and France, France recognised the Hanoverian succession. Prince Charles was no longer welcome there and by the end of year he was exiled to Avignon.

Charles’s illegitimate daughter, Charlotte, is born; her mother, Clementina Walkinshaw had been the Prince’s mistress since they met in Scotland during the ‘45.

James VIII and III dies in Rome; his son would ‘inherit’ the right to become Charles III, but this required recognition from the Pope and Europe’s Catholic monarchs, to provide the claim with any authority, which was not forthcoming.

View Course
Prince Charles Edward Stuart marries Louise of Stolberg, a German princess. She was 20 years old, Charles was 52. It was a childless match and she eventually left him.

By the time of Prince Charles’s death, he had been reunited with his only daughter, Charlotte and she took care of her father in his final, ailing years.Henry – now Cardinal Duke of York – became Henry IX. To Jacobites, he was rightful claimant of the three kingdoms. He changed his royal arms to have them surmounted with a crown, to represent his royal status. Members of his household were expected to address him as ‘Majesty’; visitors from Britain were encouraged to do the same.

Henry was a popular Bishop of Frascati and rose to some of the highest positions in the Vatican. He died at Frascati on 13 July 1807, having been a Cardinal for 60 years.
© National Museums Scotland and the University of Edinburgh 2017

Hi there! We hope you're enjoying our article: The Princes in later life
This article is part of our course: Bonnie Prince Charlie and the Jacobites