Papers made in various parts of Japan

test
© Keio University
Paper has been produced in different areas of Japan for a long time. In some cases, the papermaking business financially supported entire towns and regions. For this reason, papermaking traditions are still protected and preserved in many of these regions. 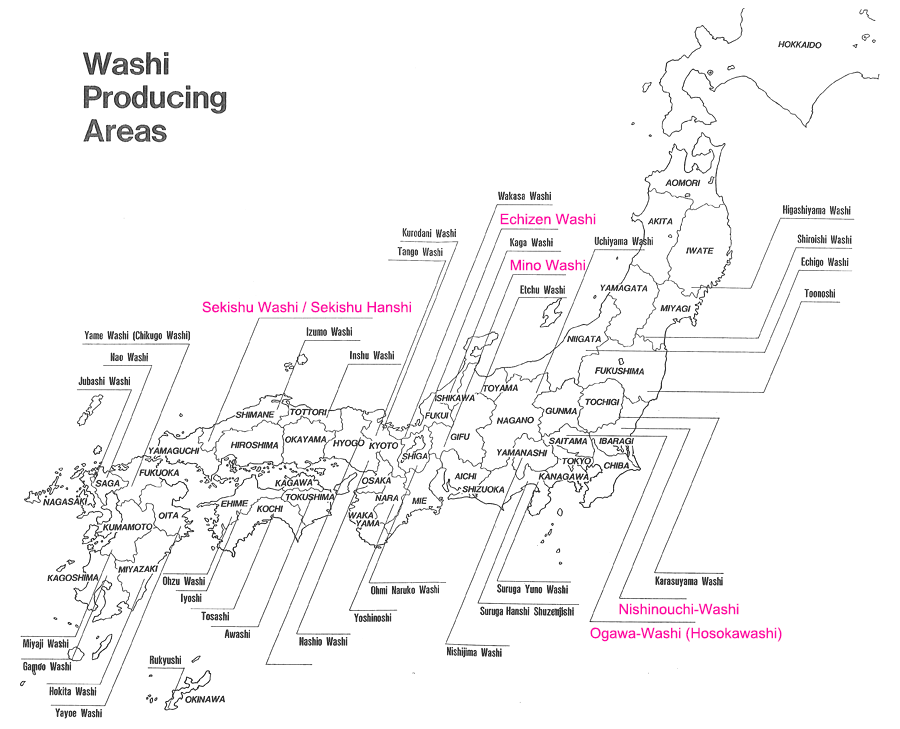 fig.1 A map of papermaking towns in Japan
Click to take a closer lookPaper from each location has unique features, and sometimes is named after the location where it was made. For example the paper produced in the town of “Hosokawa” is called “Hosokawa-shi” (Hosokawa paper).Even within the same regional variety, however, there are fine differences. Each village within a region has its own unique papermaking techniques and choice of materials, so different villages produce different types despite bearing the same paper name. Yoshino paper is a good example. The paper called Yoshino-gami is produced in the Yoshino region of Nara prefecture but there are several sub-varieties. This happened because villages were easily isolated due to poor transportation infrastructure, flooding, etc.Here we introduce five major examples of papers named after papermaking locations that have been used in traditional Japanese books. These are listed in order from east to west.

fig.1 Nishinouchi gamiThe name Nishinouchi comes from the Nishinouchi town of the Hitachi region (today’s Ibaraki prefecture) where this technique originated. The source material is also kōzo and it is a thick paper.

View Course
Even today, this Nishinouchi paper is produced only in small amounts. Applications make use of the paper’s toughness and cover a wide range, including use in crafts, recordkeeping, and oiled umbrella paper.One example is koyori, or paper string. For more on paper string, see Step1.9.

fig.2 Hosokawa paperThe name Hosokawa paper comes from the town of Hosokawa, near Mount Koya in Kishū (today’s Wakayama prefecture) where this technique originated. Its source material is kōzo.Many paper varieties are named after the region where they were first made even after production was transferred elsewhere. For example, papermaking production was relocated to Chichibu (today’s Saitama prefecture) in the Edo period. In the Edo period, daimyos (provincial lords) were often forced to relocate their headquarters by the Edo bakufu (Tokugawa shogunate). Such political relocation can be counted among the reasons for this technology transfer.Hosokawa paper is known not only for its beauty, but also for its strength.In 2014, this paper was inscribed in UNESCO’s list of the intangible cultural heritage of humanity as “Washi, craftsmanship of Japanese hand-made paper.”

fig.3 Mino paperThe name Mino comes from the Mino region (today’s Gifu prefecture) where this technique originated. Its source material is also kōzo.We can trace the history of papermaking in the Mino region back to 702 C.E. In the Edo era, the size of Mino-gami paper was standardized due to its large-scale production and diffusion.The dimensions of a sheet of Mino paper are 39 x 27cm. When folded in two, it is about 20 x 27cm; traditional books using this half-size mino paper are called Ōhon (“large books”). When folded in four, it is about 13 x 19cm; traditional books using the quarter-size mino paper are called Chūhon (mid-size books).In the second half of the Edo period, paper made from kōzo of the same size were produced in other regions in Japan, and they were also called Mino paper despite not being from the Mino region.This paper has been made since the era of the Kamiyain ( Step1.20). A family register written on paper made in Mino is the oldest surviving paper in Japan with a known date (702). In 2014, this paper was inscribed in UNESCO’s list of the intangible cultural heritage of humanity as “Washi, craftsmanship of traditional Japanese hand-made paper.”If you are interested in the sizes and formats of traditional Japanese books, please take a look at Japanese Culture Through Rare Books, another course offered by Keio University.

fig.5 Sekishū hanshiThe name Sekishū comes from the Iwami region (today’s Shimane prefecture) where this technique originated. Its source materials are kōzo, mitsumata and gambi. It is known for its toughness.This paper is water-resistant, and used for account books, shoji screen paper, painting and writing. Like nishinouchi paper, it is also used for paper string. Here you can see paper string using Sekishū hanshi ( Step1.9).In 2014, this paper was inscribed in UNESCO’s list of the intangible cultural heritage of humanity as “Washi, craftsmanship of traditional Japanese hand-made paper.”

Let’s do some research!

Are there any papermaking towns or regions in your country? Do you know of a type of paper named after a location around you? How and why are they different?
© Keio University

Hi there! We hope you're enjoying our article: Papers made in various parts of Japan
This article is part of our course: The Art of Washi Paper in Japanese Rare Books