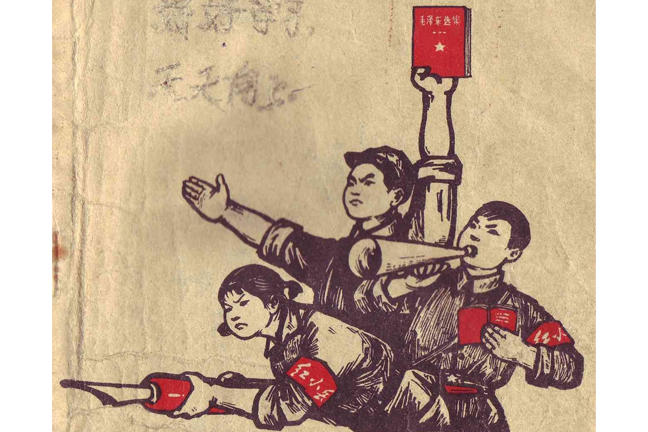 The next great crisis for the PRC-DPRK “lips and teeth” relationship after the Sino-Soviet split came in 1966, when Mao and his radical supporters launched a new wave of mass political struggle and ideological fanaticism known as the Great Proletarian Cultural Revolution. The Cultural Revolution was the apotheosis of Mao’s lifelong quest to be his country’s “monkey king,” a literary archetype symbolic of Mao’s hope to reshape China—and maintain absolute power—by embracing the chaos of revolt. From the time he was a boy, Mao writhed against the strictures of authority—his father and his Confucian tutor in particular. Influenced by “new culture” intellectuals like Liang Qichao, who we learned about in week 3, Mao wanted to tear up China’s Confucian roots, particularly the bonds of the traditional family, and plant the seeds of a new population of comrades and cadres, loyal to the Chairman. In the mid-1960s, he made one last lunge at throwing his nation and Party into chaos and self-destruction, in order to deepen the revolution, and reassert himself as the masses’ only leader. In their definitive political history of the chaotic “Red decade”, Roderick MacFarquhar and Michael Schoenhals describe it simply as Mao’s Last Revolution.The Cultural Revolution erupted in the summer of 1966 with the mass rallies in Beijing’s Tiananmen Square, where millions of worshipful students wearing Red Guard armbands marched in devotion to Mao. Kim Il Sung told the Soviets in November, “The Great Proletarian Cultural Revolution has seriously alarmed us.” Kim was probably closer to an orthodox Leninist, with its primary emphasis on party discipline. When it came to ideology, Kim had little patience for Mao’s notion of a permanent revolutionary war to destroy the “four olds” (customs, culture, habits, and ideas). Kim’s attitudes toward Korean tradition were quite different from Mao’s anti-traditionalism. Kim, for example, revered his father as a patriot who taught him to resist Japanese colonialism. Rather than attempt to destroy Korean Confucian values such as hierarchy and filial piety, Kim tried to harness them to the effort to legitimatize himself as Supreme Leader and the Korean Worker’s Party as an all-knowing organization to lead the country. Mao’s Cultural Revolution therefore sharpened the contrast between the Chinese and Korean models of communism.It is a testament to how unwieldy the situation became in China that North Korean Party leaders described the Cultural Revolution as “a great madness [obaldenie]’, having nothing in common with either culture or a revolution.” Things got worse as Red Guard groups, competing with one another for who was most radical, turned against Kim Il Sung and their erstwhile North Korean “brothers” as weak-kneed “revisionists”, which was about the worst name a Maoist could call someone. In this step’s related link, from the Wilson Center Digital Archive, you can read the summary of a Red Guard newspaper article from the fall of 1967 featuring a polemic over the Korean War. The Red Guards complained, “The Kim Il Sung Group is furiously slandering us and states, our support for Korea during the war with the U.S. was a result of our “national egoism” and we had acted out of “self-interest”. Even more spiteful is the accusation by the Korean revisionists “we” had “provoked” the Korean War. This shows in all clarity how deep the Korean revisionists have sunk. Now they even dug out the graves of our volunteers who died as heroes in the Korean War.”In the 1950s and ‘60s, China and North Korea had revived the ancient “tributary” practice of regular embassies in modern, Communist form, as Kim Il Sung became a regular visitor to China. Mao (in keeping with imperial precedent!) never visited Pyongyang, but senior officials like Zhou Enlai went in his stead. But once the Cultural Revolution hit, the road from Pyongyang to Beijing closed. Kim no longer wanted an invitation to the Middle Kingdom, and the Maoists weren’t asking him to come.
© John Delury

Hi there! We hope you're enjoying our article: A great madness
This article is part of our course: Lips and Teeth: Korea and China in Modern Times