Opening up, shutting down 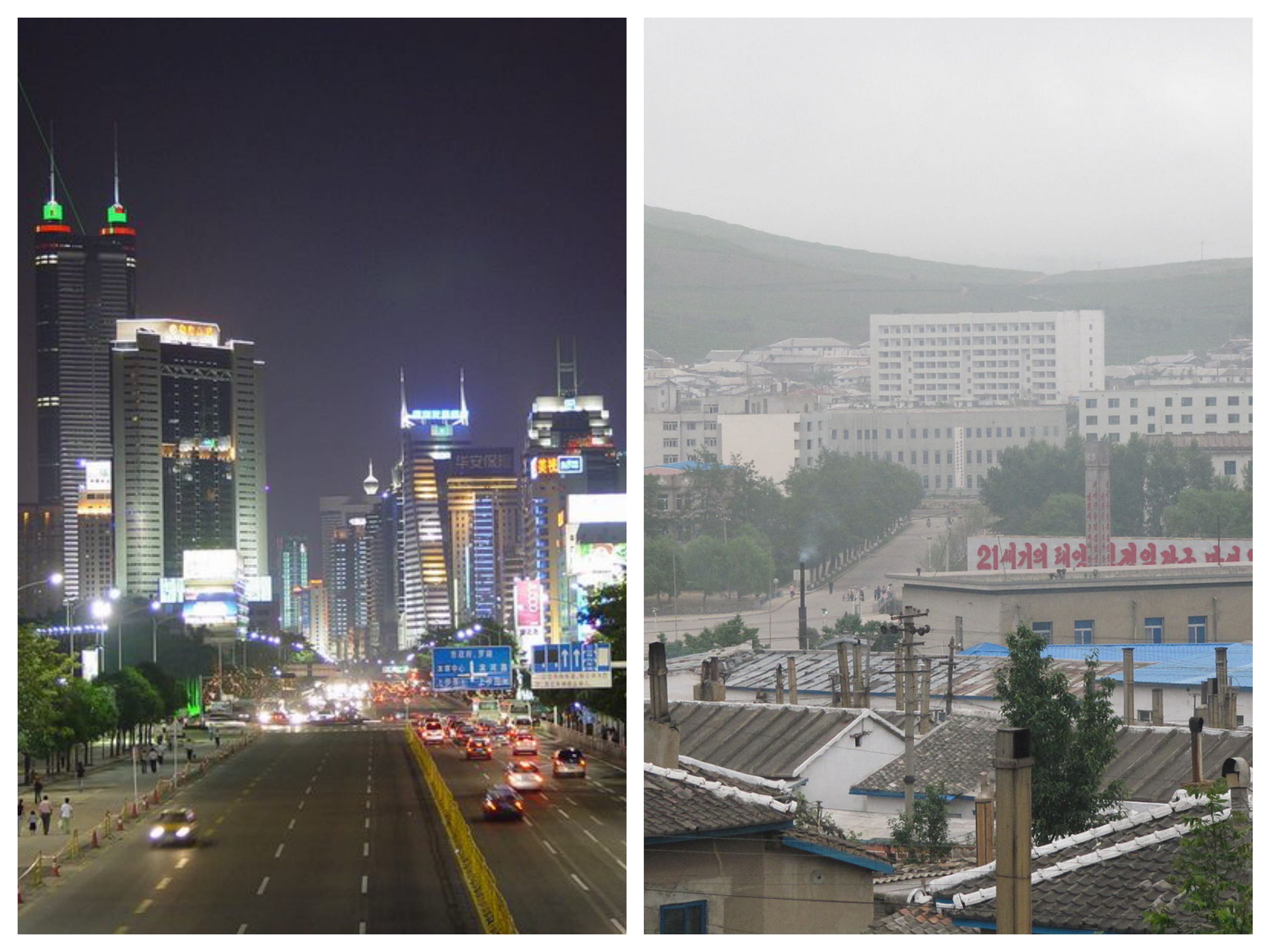 Over the course of the 1980s, the divergence between China and North Korea grew increasingly stark. Deng Xiaoping articulated the essence of his new approach in his famous speech on “Emancipating the Mind,” delivered at a CCP meeting in December 1978, where he dared his colleagues to turn the Party away from “class struggle” and in the direction of “economic development.” As my co-author Orville Schell and I explain in our book on modern Chinese history, Wealth and Power, Deng was engineering a decisive shift of the entire system to focus on wealth creation. Mao-era ideals of egalitarianism were thrown out the window as Deng said bluntly “socialism is not poverty,” and that to escape poverty, some people and some regions would have to get rich first. In the early stages of reform, improvements in the agricultural economy generated the initial lift off phase of growth, but Deng also instructed his lieutenants, and presumed successors, Hu Yaobang and Zhao Ziyang, that they should push continuously against more conservative comrades in order to open the country to foreign investment. As the centerpiece of his effort to attract foreign capital, Deng authorized a new experimental type of coastal trading entity called the Special Economic Zone (Shenzhen, which later became the most famous zone, was set up by none other than Xi Zhongxun, father of the current Chinese leader). By the mid-1980s, Deng’s formula had congealed into a set phrase—“reform and opening up” (gaige kaifang 改革开放 )—which remains the guiding motto of national policy to this day. The sharp leadership turn from Mao to Deng breathed new life into Party nomenklatura, and Deng brought talented, pragmatic technocrats from out of the shadows where they had been hiding in order to survive Maoist radicalism.In start contrast to Deng’s post-revolutionary revolution, Kim Il Sung’s dictatorship only intensified in the 1980s. The space for new ideas, economic experiments, and technocratic ability evaporated in the worshipful attitude toward every sacred word and deed of the Great Leader. The future showed little promise of change—Kim had long been grooming his eldest son Kim Jong Il, whose promotion at the 1980 Party Congress made the hereditary succession plan public.In Pyongyang, stasis in high politics translated into rigidity in economic policy. As the Chinese economy took off and GDP growth neared double digits, North Korea’s economy continued to stagnate, and even contract, throughout the 1980s. As China was Growing Out of the Plan, in the words of University of California at San Diego’s Barry Naughton, and injecting market forces into the superstructure of a planned economy, North Korea was sticking stubbornly to central planning even though quotas went unfulfilled and five year plans had to be extended year after year. As China worked intensively with international financial institutions like the World Bank to improve its economic system and make itself more competitive on the global market, North Korea refused to publish even basic economic data and celebrated economic autarky (while depending on support from Moscow and Beijing).In the spring of 1984, Kim Il Sung visited the USSR and Eastern Europe, and in a long talk with East German leader Erich Honecker, Kim confessed his fear that the gap between China and conventional socialist countries was widening. “The old generation of leadership in China is dying out. We should show the new generation an opening. If we leave China to the capitalists, there is the risk that China will become a quasi-colony again. We should not close the door in China’s face. Because of our position—the length of our border with China, confrontation with the US and Japan—what we are most afraid of is that China will not stick with socialism. There are 1 billion people in China. We have to make sure that they follow the socialist path rather than some other path. We have to focus on drawing them toward us.” (See the superb collection by James Person of the Wilson Center’s North Korea International Documentation Project in the related file to explore this and other primary sources).Kim’s anxiety about China taking the capitalist road was well founded. But far from becoming a “quasi-colony,” Deng’s reform and opening-up put China on a trajectory to achieve the long-stated goal of national wealth and power. It was Kim’s own country that by “sticking with socialism” had gotten itself stuck, and, in comparison with the dynamism of 1980s China, looked like a country that was shutting down.
© John Delury

Hi there! We hope you're enjoying our article: Opening up, shutting down
This article is part of our course: Lips and Teeth: Korea and China in Modern Times