The institutional core of Confucianism in both China and Korea was the civil service examination. 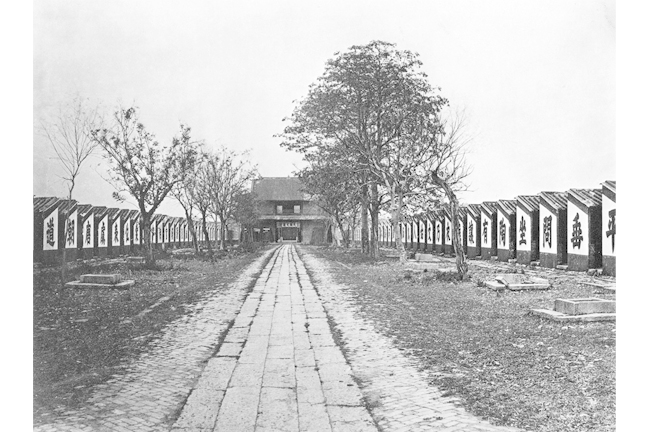 Confucianism had no autonomous organized structure—there was no Church of Confucius, no priests to perform Confucian rites for the laity, no Vatican where a Confucian pontiff was ensconsed. How then did Confucianism exert influence, through what institutional matrix, in what guise? Perhaps the best way to think of it is that the ‘Church’ for Confucians was the State, the equivalent of the priesthood was becoming a public servant, and the institutional nexus by which Confucian values maintained their hold was the civil service examination system.One of the world’s leading authorities on the examinations, Princeton University’s Benjamin Elman, describes them in his most recent book, Civil Examinations and Meritocracy in Late Imperial China, as “a carefully balanced and constantly contested piece of educational and social engineering” [9] that kept the emperor in Beijing and elites across the imperium working together for 500 years, and the same was largely true in Korea. The examinations institutionalized the power of Confucianism, since climbing the “ladder of success” required memorizing and mastering the Confucian canon, and devoting one’s life to the career of civil administrator, loyal minister to the emperor, apotheosized in The Master himself.Joseon Korea had a stronger element of local aristocracy and hereditary caste than Ming-Qing China. By the 19th century, membership in Korea’s local elite class, known as Yangban, had come to be considered a birthright, while an estimated 30% of the population were slaves, whose indentured status passed on to their children. Still, in Joseon Korea examination success was required in order to join the national elite. In both countries, written examinations based on knowledge of Confucian texts was the route to government office—and the power, prosperity, and prestige that came with it. From the 15th century through the 19th century, China and Korea were the world’s great “examination nations.”The exams were not easy, to say the least. Only a fraction of a percent of Chinese test takers made it to the national level competition. “Examination students” demographically speaking were closer in age to Future Learn followers rather than university students, since men (only men) sat for the exams into their 40s or 50s. Although corruption was always a problem, for the most part, you really had to master the material—a vast corpus of sophisticated philosophical, historical, political and literary texts—in order to succeed. Fittingly, one of the classic studies of the system, by the great historian Miyazaki Ichisada, is titled China’s Examination Hell.Survivors of this hell formed the ruling class in Beijing and Seoul who managed the Sino-Korean relationship until the 20th century. Even when they could not speak the same language, they inhabited the same universe of classical texts, ideas, and values. When an interpreter was not handy, educated Chinese and Koreans could easily have a “brush conversation” in their shared classical language. Sharing basic notions of what constituted ethical behavior, poetic elegance, or political wisdom, imperial elites from China and Korea enjoyed strong and broad foundations of what today we might call “shared values” on which to build their relationship.
© John Delury

Hi there! We hope you're enjoying our article: Examination nations
This article is part of our course: Lips and Teeth: Korea and China in Modern Times