How much plastic does it take to kill a sea turtle?

How many pieces of ingested plastic does it take before it kills a sea turtle? In this article, Dr. Kathy Townsend and her team discuss their research
© The Conversation, Authors Britta Denise Hardesty, Chris Wilcox, Kathy Townsend and Qamar Schuyler, CSIRO and University of Queensland

We know there is a lot of plastic in the ocean, and that turtles (and other endangered species) are eating it. It is not uncommon to find stranded dead turtles with guts full of plastic.

But we weren’t really sure whether plastic eaten by turtles actually kills them, or if they just happen to have plastic inside them when they die. Another way to look at it would be to ask: how much is too much plastic for turtles?

This is a really important question. Just because there’s a lot of plastic in the ocean, we can’t necessarily presume that animals are dying from eating it. Even if a few animals do, that doesn’t mean that every animal that eats plastic is going to die. If we can estimate how much plastic it takes to kill a turtle, we can start to answer the question of exactly how turtle populations are affected by eating plastic debris. 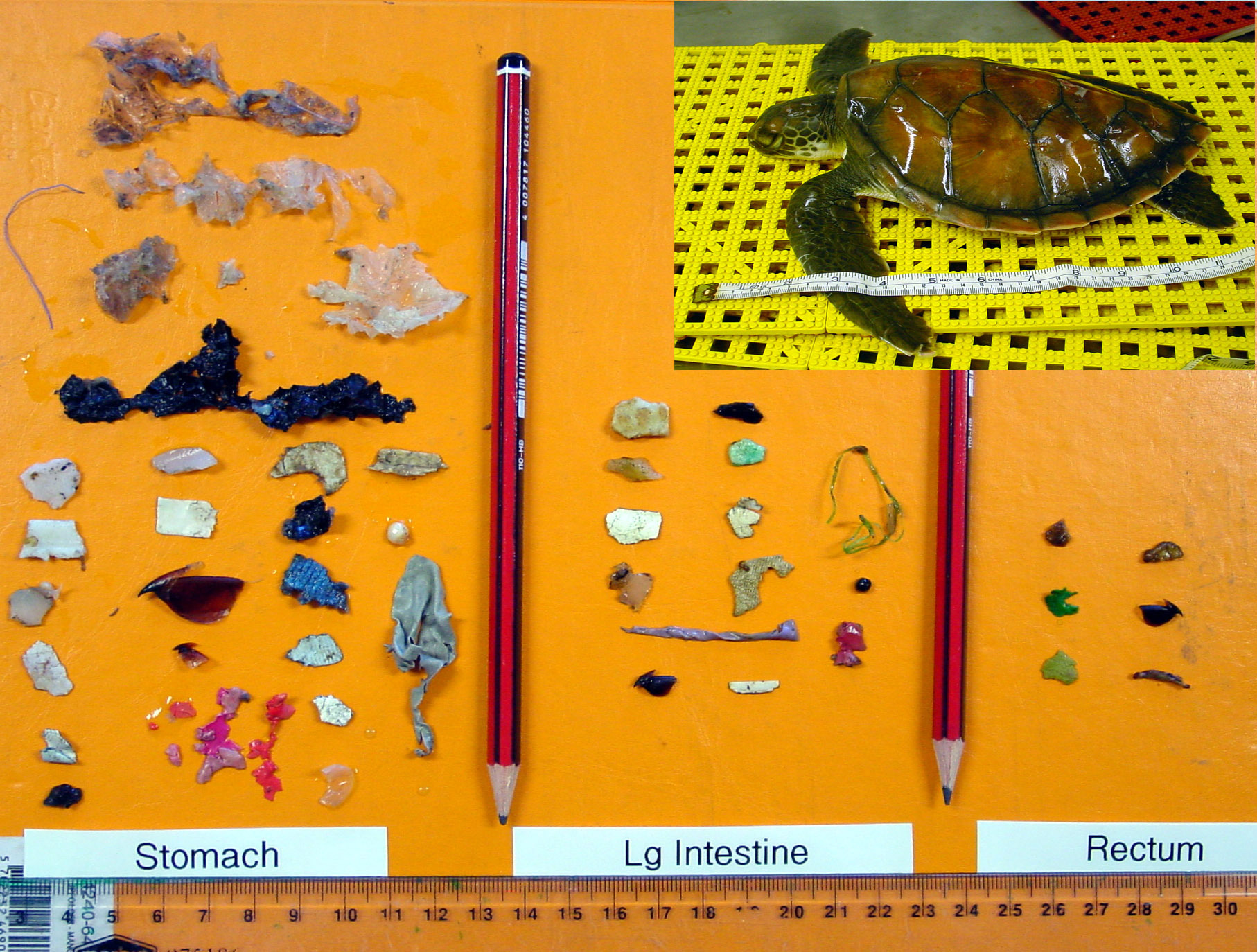 In our research, published in Nature Scientific Reports, we looked at nearly 1,000 turtles that had died and washed up on beaches around Australia or were found in nets. About 260 of them we examined ourselves; the others were reported to the Queensland Turtle Stranding Database. We carefully investigated why the turtles died, and for the ones we examined, we counted how many pieces of plastic they had eaten.

Some turtles died of causes that were nothing to do with plastic. They may have been killed by a boat strike, or become entangled in fishing lines or derelict nets. Turtles have even been known to die after accidentally eating a blue-ringed octopus. Others definitely died from eating plastic, with the plastic either puncturing or blocking their gut. 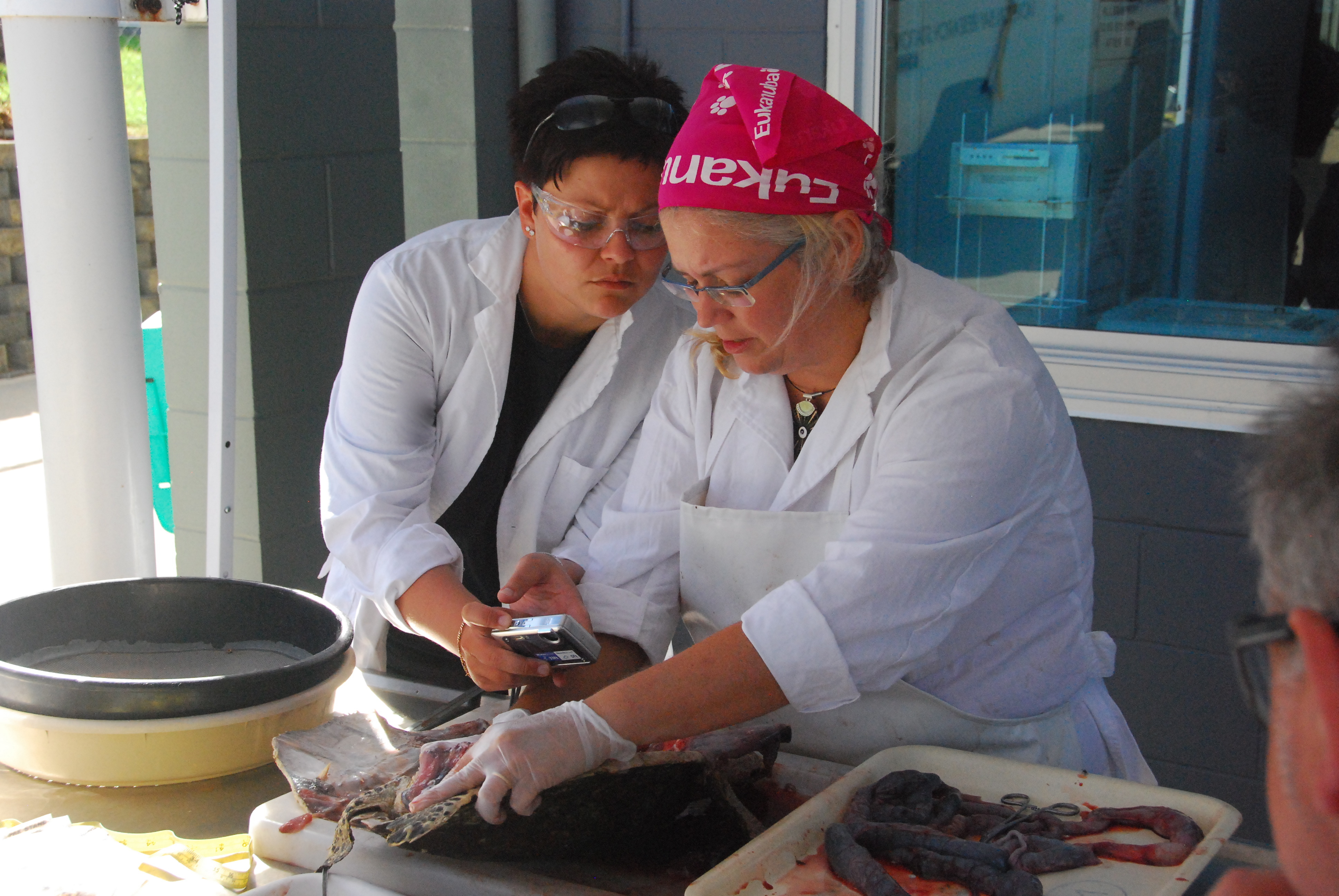 Some turtles that were killed by things like boat strikes or fishing nets nevertheless had large amounts of plastic in their guts, despite not having been killed by eating plastic. These turtles allow us to see how much plastic an animal can eat and still be alive and functioning.

We tested this idea using our turtle samples. We looked at the relationship between the likelihood of death due to plastic as determined by a turtle autopsy, and the number of pieces of plastic found inside the animals.

Unsurprisingly, we found that the more plastic pieces a turtle had inside it, the more likely it was to have been killed by plastic. We calculated that for an average-sized turtle (about 45cm long), eating 14 plastic items equates to a 50% chance of being fatal. 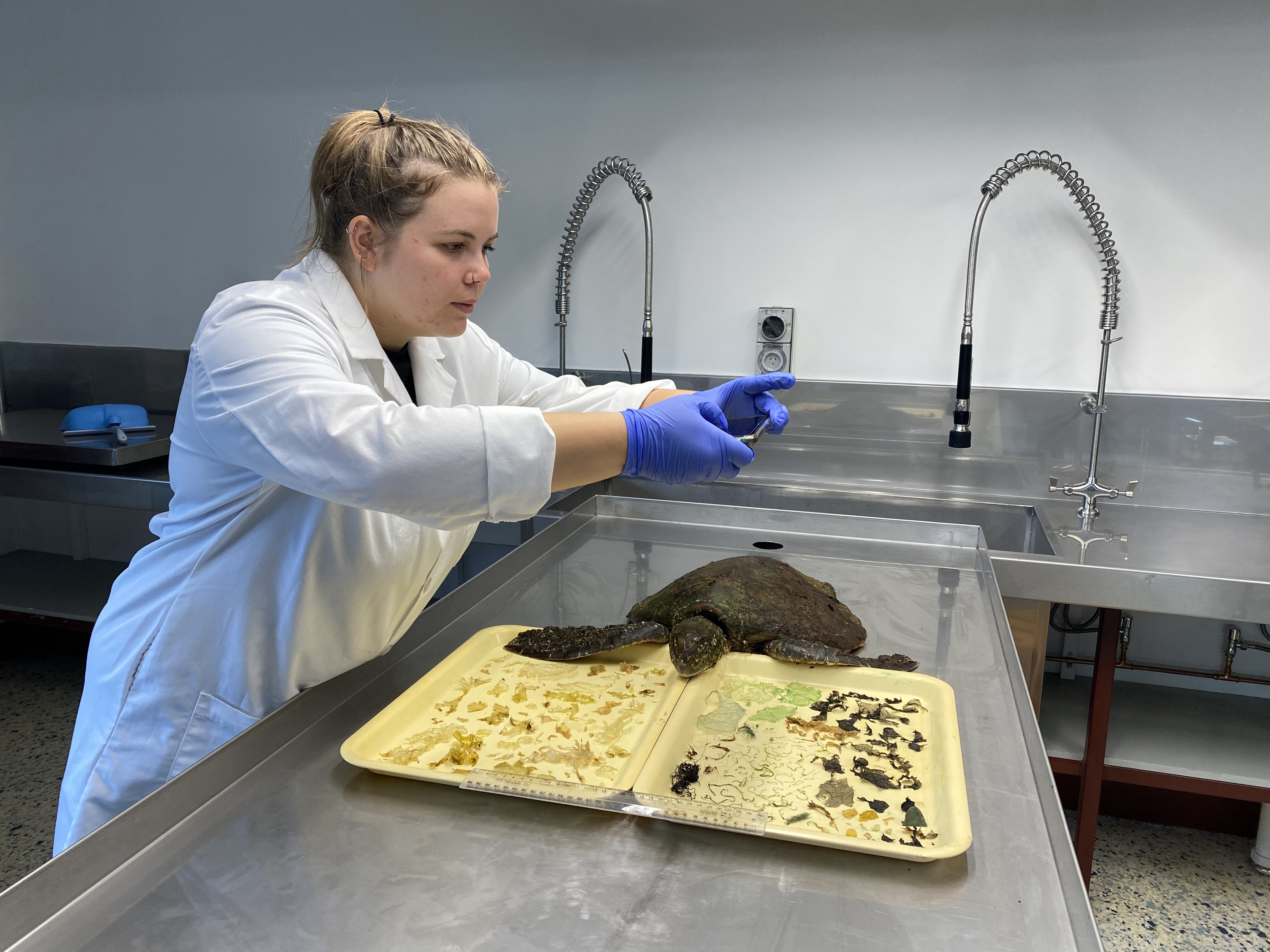 That’s not to say that a turtle can eat 13 pieces of plastic without harm. Even a single piece can potentially kill a turtle. Two of the turtles we studied had eaten just one piece of plastic, which was enough to kill them. In one case, the gut was punctured, and in the other, the soft plastic had clogged the turtle’s gut. Our analyses suggest that a turtle has a 22% chance of dying if it eats just one piece of plastic.

A few other factors also affected the animals’ chance of being killed by plastic. Juveniles eat more debris than adults, and the rate also varies between different turtle species.

Now that we know how much is too much plastic, the next step is to apply this to global estimates of debris ingestion rates by turtles, and figure out just how much of a threat plastic is to endangered sea turtle populations.