Who lives the longest?

Blue zones are regions of the world thought to have a higher than usual number of people living much longer than average. Five “Blue zones” have been posited: Okinawa (Japan); Sardinia (Italy); Nicoya (Costa Rica); Icaria (Greece); and Loma Linda (California, USA). 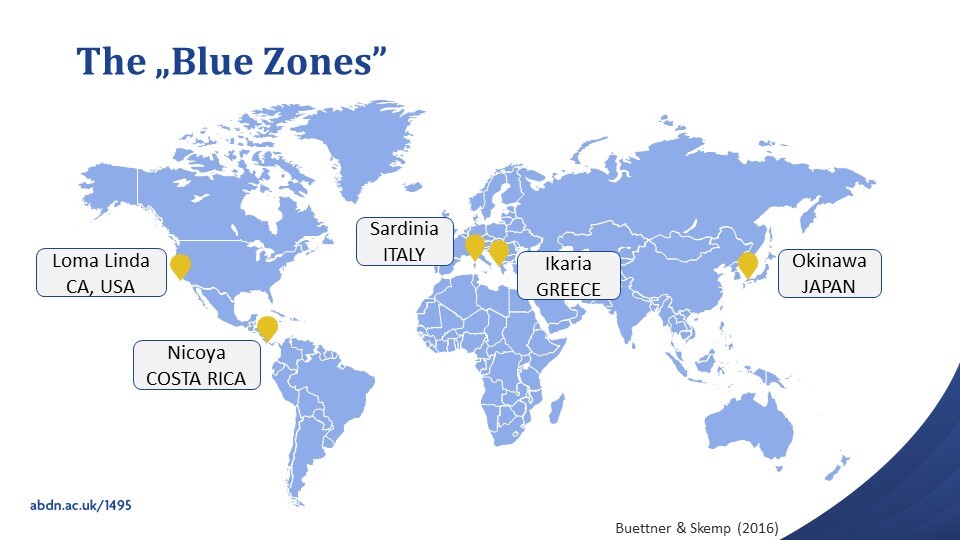 This content is taken from University of Aberdeen online course