Presentation of One Hundred Years of Solitude

Read One Hundred Years of Solitude, by Nobel Prize winner García Márquez, in which he weaves together mythical, fantastic and historical episodes.
View transcript
7.5
Published in 1967, One Hundred Years of Solitude is perhaps the most important literary work by Gabriel García Márquez. The first thing to bear in mind about this novel are its antecedents. The town of Macondo had appeared already, for example, in a novella like Leaf Storm, or in stories such as “Monologue of Isabel Watching it Rain in Macondo”. Similarly, in some articles published in 1950 and 1951 entitled Apuntes para una novela (Notes for a Novel) -subsequently collected in the Textos costeños (Caribbean Texts), Gabriel García Márquez wrote about some of the characteristics that any novel he might write should have.
52.8
There, for example, he speaks of a novel called La Casa (The House), a title that would subsequently be changed to the title we know, One Hundred Years of Solitude. Certain characters are also outlined there, as are some scenes. All these articles have been carefully examined by the critics, such as Jacques Gilard or Ángel Rama, who have examined the genesis of One Hundred Years of Solitude. A further matter that is important to bear in mind when reading the novel is that, in 1966, García Márquez published some advance excerpts of it. He published advances, for example, in the El Espectador newspaper in Bogotá in the magazine Eco. He also published advance excerpts in magazines in México and Paris.
108.4
The fact that he had published these advances meant that no less an author than Carlos Fuentes could write, soon after it appeared, that One Hundred Years of Solitude was a work that was fundamental to world literature, comparable only to Don Quixote. One Hundred Years of Solitude tells the story of a town, Macondo, and of a family, the Buendías. The novel weaves together mythical episodes, fantastic episodes and also historical episodes. The novel is divided into 20 chapters and these 20 chapters may be divided in turn into
155.4
four cycles: two of which could be described as mythical and two as historical. The first cycle is a mythical one, associated with the arrival of a family and the foundation of Macondo. The second cycle is historical, associated with the civil wars in which Colonel Aureliano Buendía took part. The third cycle is also historical, associated with the prosperity of Macondo, a prosperity that is linked to the arrival of the banana company, but also with one of the most tragic events in the history of Colombia, known as the banana workers’ strike or the Banana Massacre.
210.3
The novel’s final cycle is clearly mythical; in it we see, for example, the way in which Macondo disappears, how the history of the family comes to an end and how an apocalyptic wind destroys Macondo and leaves a single character, Aureliano, reading the novel. When it comes to thinking about the technical resources with which the novel is constructed, we shall see, for example, that hyperbole is used as a technique throughout the book. The characters are exaggerated; Colonel Aureliano Buendía has an enormous number of children; when he founds the town José Arcadio’s exaggerations are always highlighted.
270.2
His wife, Ursula, lives for over one hundred years, almost spanning the novel, and it is even possible to establish a constant according to which the male characters are very exaggerated and hyperbolic, compared with female characters who are very serious and calm and act, to an extent, as the counterparts of the men. Another matter that is very important when it comes to studying this novel is the question of its repetitions – the names are repeated all the time. - There are several Arcadios, various Aurelianos. Indeed, at one point the novel identifies the general characteristics that possession of these repeated names might imply.
328.3
The beginning of Chapter 10 says: “While the Aurelianos were withdrawn, but with lucid minds, the José Arcadios were impulsive and enterprising, but they were marked with a tragic sign.”. At the end of the novel, thanks to a character called Aureliano, we discover that what we have been reading is a manuscript written by Melquíades, a gypsy who had passed through Macondo shortly after it was founded. Melquíades had written the history of the town and the history of the family. And what we, the readers, learn, alongside this character who is called Aureliano, is the final destiny of Macondo.

In this video, Professor Hugo Ramírez introduces One Hundred Years of Solitude, Gabriel García Márquez’ most important book. The novel tells the story of Macondo through the experiences of the  Buendía family. García Márquez constructed the book on the basis of cycles that are interwoven, incorporating a series of spaces, characters, situations and even other authors. Some of these are real and others fictitious, introduced by the author from other novels, short stories or situations taken from real life and his imagination. Together, they provide a glimpse of his intellectual education. Part of the importance of the book is that that it established a reference point for what has come to be known as the Latin American “Boom”.

This content is taken from University of Los Andes online course 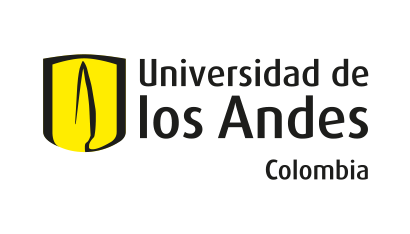 Hi there! We hope you're enjoying our article: Presentation of One Hundred Years of Solitude
This article is part of our course: Reading Macondo: the Works of Gabriel García Márquez
close