Factors of Quadratic Polynomials and Zeroes

In this article, we explain the important relation between zeroes and factors of a quadratic polynomial. 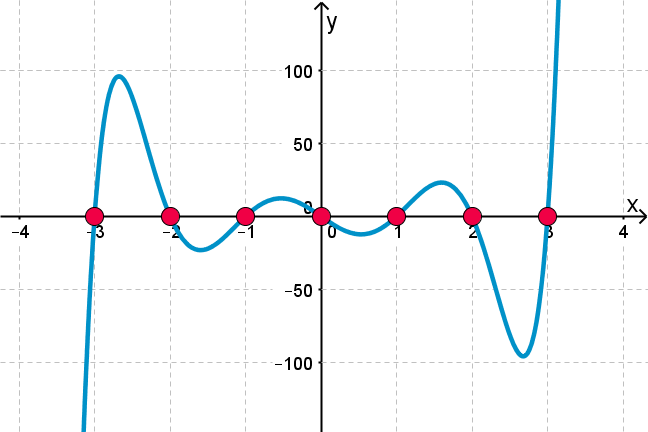 Quadratic functions are examples of polynomials, which have a pleasant arithmetic much like that of numbers. The question of factoring polynomials is particularly interesting. Descartes found an important relation between the zeroes of a polynomial, and linear factors of that polynomial.

In this article, we will

A polynomial is a general algebraic expression made from powers of (normalsize{x}) mixed with arbitrary coefficients, such as

Finally, multiplication by a polynomial combines these operations.

Sometimes polynomials can also be divided: just like numbers, this occurs most smoothly when one polynomial is a multiple of the other.
For example you will all know the factorization

Please check that you understand completely how the arithmetic works here! A rather deep and interesting problem is the reverse: given a quadratic polynomial, how can you write it as a product of linear factors.

To illustrate the Theorem, let’s look at some examples. The polynomial (normalsize{x^2-12x+35}) factors has zeroes (normalsize{5}) and (normalsize{7}), and factors as

Another example: the polynomial (normalsize{x^2+3x-28}) factors as

and so it has zeroes (normalsize{4}) and (normalsize{-7}).
Although we like to give examples with integers, fractions are also possible.