A brief introduction to an important approach to curves, discovered by two French car engineers around 1960. 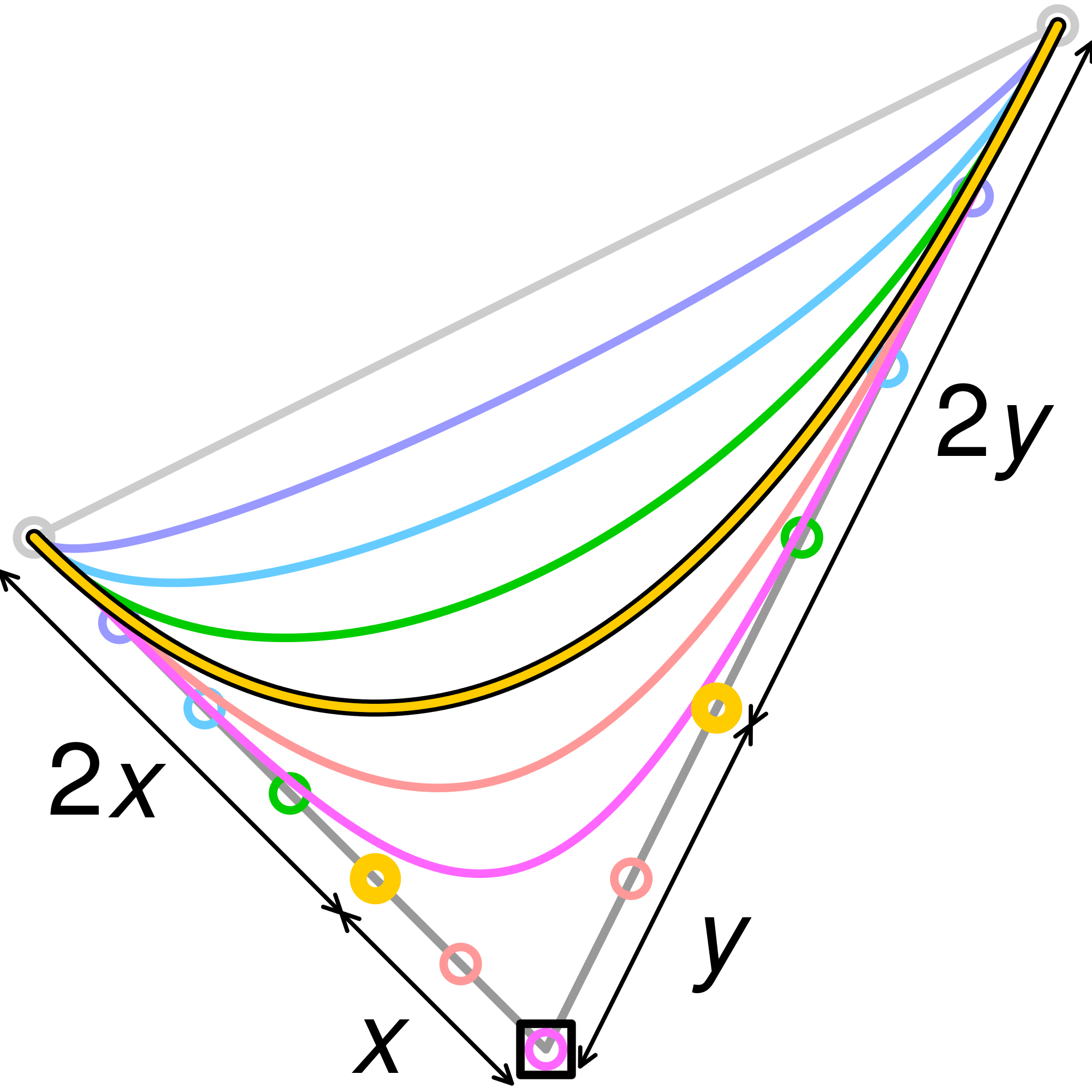 Curves have been studied for thousands of years, so it was a major surprise when two French engineers, working for rival car companies, discovered around 1960 a lovely new way of thinking about curves. Their ideas proved especially useful for design work, and have since become a staple tool of designers around the world. In this step, we will get an overview of how de Casteljau Bezier curves are used in practice for design.

Let’s mention that this process of building up more complicated curves can be used to go from quadratic to cubic de Casteljau Bezier curves. These now have four control points. Can you figure out what is going on in the following figure?

In summary, de Casteljau Bezier curves allow us to efficiently record and change information about the shapes of curves without having to rely on pictorial or Cartesian representations. That is why these curves are used extensively in design programs, such as Illustrator, CorelDraw, AutoCad, etc., and why they are the mathematical basis for major font families, such as True Type fonts. Now you can go design a car. Have fun!

The curves of de Casteljau and Bezier are often called just Bezier curves, which is a bit unfortunate, as de Casteljau deserves half the credit. You may very well have used tools to generate such curves in graphics or Cad programs. Please tell us about your experience with these curves if you have something to share.

Hi there! We hope you're enjoying our article: De Casteljau Bezier curves and design
This article is part of our course: Maths for Humans: Linear, Quadratic & Inverse Relations