What explains the big differences in the lengths different species live? 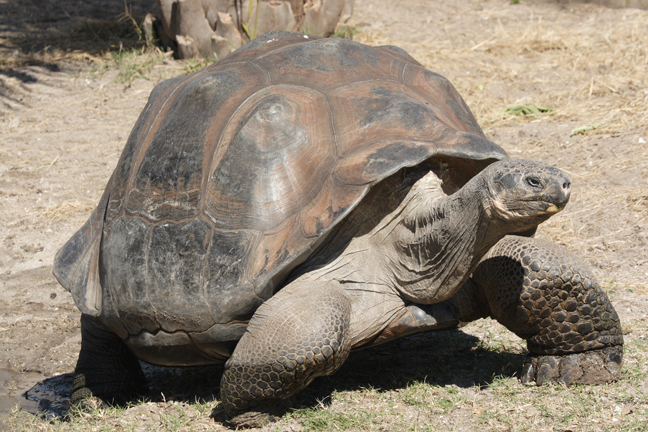 What is the relationship between the size of an animal and how long it lives? This interesting topic raises lots of questions, many quite pertinent to our modern lives. It begs for a bit of mathematical scaffolding. In this step we

A lesser flame is consumed by a greater one, for the nutriment, to wit the smoke, which the former takes a long period to expend is used up by the big flame quickly.
Aristotle

He argued that ageing and death were linked to the process of dehydration. For a long time, Aristotle’s explanation was accepted. However in the 1800’s, people began to think of ageing more as a result of `wearing out’ the body.
http://www.impactaging.com/papers/v5/n4/full/100551.html

In 1908 Rubner studied the energy metabolism and lifespans of five domestic animals: guinea pig, cat, dog, cow and horse, as well as man. The larger animals lived longer, and he observed that while the total metabolic rate of these animals increases with mass, it did so at a slower rate than mass (so a \(\normalsize 5000\) kilogram elephant will use less energy than \(\normalsize 5000\) kilograms of mice).
However it was also noticed that the product of energy expenditure by maximum lifespan was relatively independent of body size (with humans excluded from the comparison). So a gram of body tissue expends about the same amount of energy, over a lifetime, independent of whether the tissue is in a guinea pig, cat, dog, cow or horse.
The consequent idea that using energy up faster will hasten death is the ‘rate of living’ theory. In his 1922 book ‘The Biology of Death’, Pearl argued that genetic constitution and the rate of energy expenditure were the key factors in life expectancy. He observed that that if accidents were excluded from the statistics, the rates at which males died after the age of 45 were directly related to the levels of energy expenditure in their occupations.
However more recent experiments involving birds have cast some doubt on the universality of this thesis: lifetime expenditures of energy per gram of bird tissue are on average substantially greater than the equivalent values in mammals.

In the 1950’s a different explanation gained traction: that ageing and death result from toxic by-products of metabolism. This idea is the `free-radical damage’ theory of ageing, in which oxidants and free radicals build up to cause damage to our system. The idea is that there is a direct relationship between oxygen consumption and generation of radical oxygen in our system.
So still there is a direct implication between metabolism and ageing, whether one favors the rate of living or the free-radical damage theory.

Remarkably, biologists have discovered that on average most animals have a lifetime allocation of about a billion heartbeats. We might say that an elephant lives longer than a mouse because its heart beats slower, and so the elephant has more time to get its billion beats. But very possibly the increased metabolic rate of the mouse means that it is doing more living in any given day! There seems to be some glimmer of fairness in this idea.
Here is an article that explains the work: http://hep.ucsb.edu/courses/ph6b_99/0111299sci-scaling.html

A1. Here are the average lifespans of the animals:
A2. The longest living mammal is the bowhead whale, which can live up to 200 years. Also known as the Arctic whale, this animal is big, and lives in cold waters so its metabolism is slow. The record age for a bowhead is 211 years.