In this part of the course we are looking at the gradient of a line. But, how do we define a line? 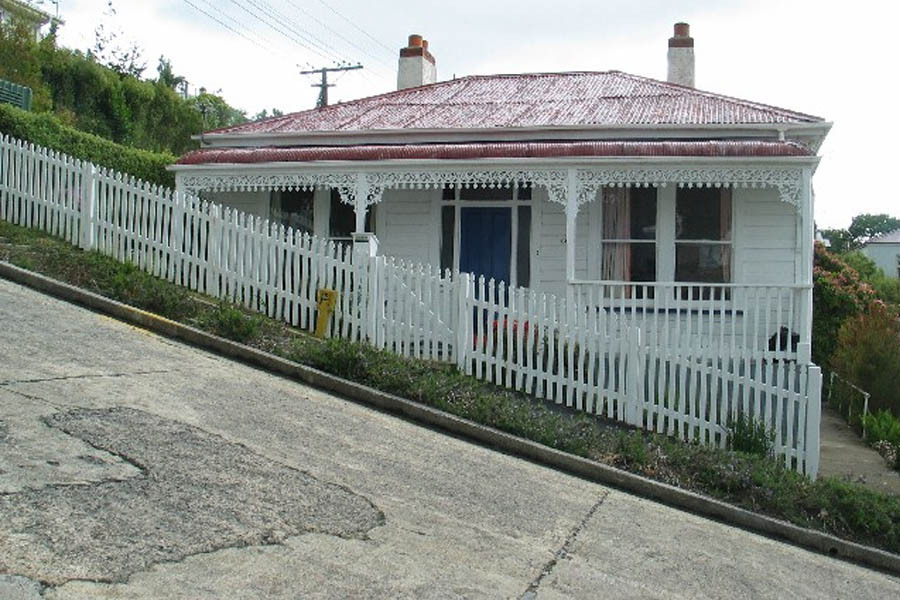 In this part of the course we are looking at the gradient of a line. But, how do we define a line?

What is a line?

A line is never ending. It extends forever beyond the edge of our page in both directions. A line segment, however, is finite, it has a length and can be thought as having two end points. A ray has one endpoint but extends in one direction without ending.

As we saw in the last step, the gradient of a line is defined has how many units we have to travel in a vertical direction to get back onto the line when we have travelled one unit to the right in a horizontal direction. The gradient is a measure of steepness.

Where do we see gradients in real life?

In mathematics lessons gradients are usually expressed as a number. In the previous step the line in the example has a gradient of 2. This is in fact a ratio: travel two units upwards for every one unit we travel to the right, a ratio of 2 : 1. In real life, a gradient of 2 is very steep indeed. Most real life gradients are in fact relatively small and are less than 1.

Road signs in the UK used to use ratios to express steepness. In this example the road sign shows a ratio of 1 : 3. The first value represents the change in the vertical distance, and the second value corresponds to the horizontal distance travelled. A 1 : 3 ratio means that for every three units travelled horizontally, the road would be one unit higher up than when compared to a completely flat road. In a mathematics lesson we would express this as a gradient of 1/3. 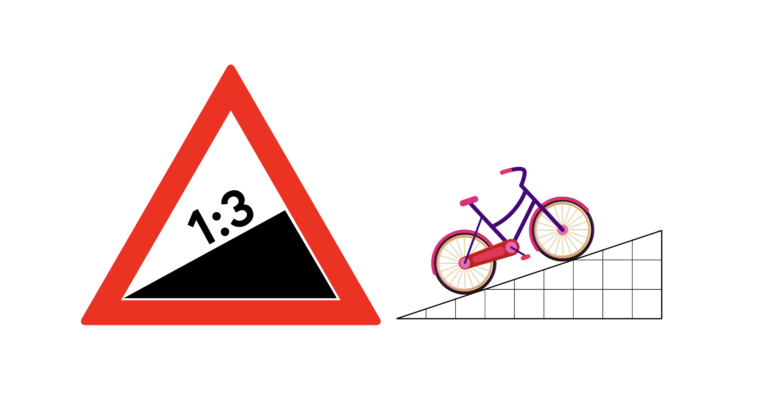 This notation lead to a simple misconception which is a little counter-intuitive. A road with gradient of 1 : 3, is a lot steeper than a road with gradient 1 : 10. In general, steepness expressed as 1 : n the bigger the value of n the shallower the gradient.

How would you explain this misconception to students? Explain in the comments below.

Most UK road signs have now been converted to express steepness as a percentage. This has the advantage of the greater the percentage, the steeper the slope.
These road signs still need to be interpreted. A gradient of 10% is the same as the ratio of 10 : 100. This can be simplified to 1 : 10 and interpreted as for every one unit we travel up we have to travel ten units horizontally.
Baldwin Street, in Dunedin, New Zealand, is recognised as the steepest street in the world by Guinness World Records. At its steepest point, the road has a gradient of 35% Expressed as a ratio this is about 1 : 2.86 and as a fraction as 7/20. Even the steepest road in the world has a gradient of much less than one. 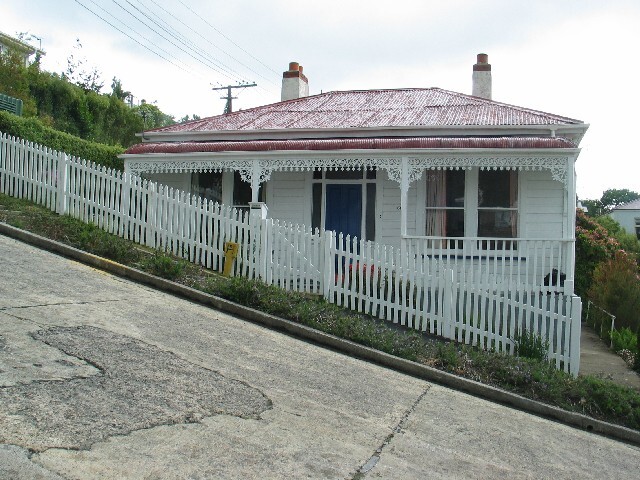 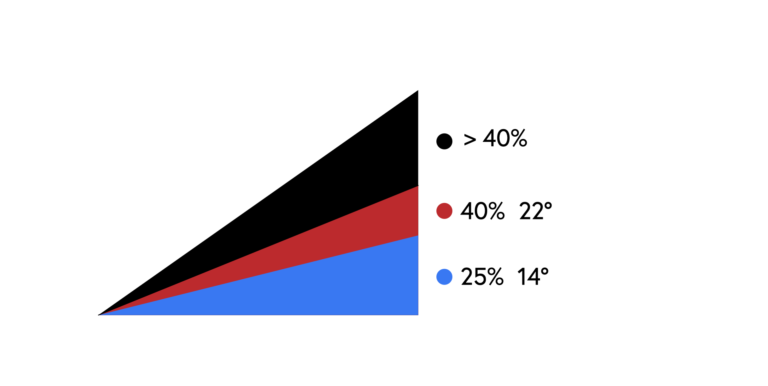 The blue ski slope is expressed as 25%. This means that for every one unit travelled to the right we have to travel one quarter of a unit in the vertical direction. We usually think of ski slopes as travelling downhill, so the blue slope will have a gradient of -1/4
Give your answers in the comments below.

The steepness of a line could also be expressed as an angle, the greater the angle the steeper the slope