Over the last couple of weeks we have been talking about the media’s representation of other people and places and how individuals and groups can use media as a way to have a voice in their communities. This week we will be discussing the rapid adoption of social media and how it can be a help or hindrance to development.

In the first half of this week we will predominantly focus on case studies from Kampala, the capital city of Uganda. In July 2018, the government of Uganda introduced the “over the top” OTT tax, for online services such as Facebook, WhatsApp and Twitter. The daily tax of 200 shillings (approximately £0.05 or $0.07) has been criticised for limiting freedom of speech, but the government insists it is to stop citizens from spreading false information and fake news on social media. It is the first country in the world to introduce a “social media tax”.

Despite the controversial OTT tax, there are 2.5 million active users in Uganda and it plays an important role in political discourse, education, fundraising and extending the public sphere to enable discussions about social change. 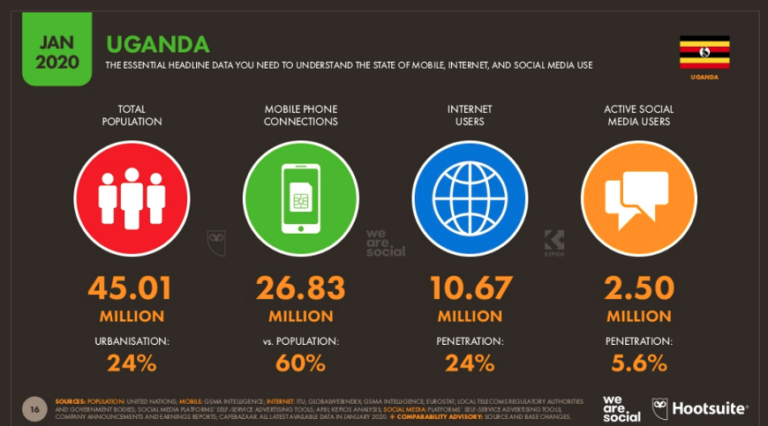 Firstly, we will speak to Konrad-Adenauer-Stiftung (KAS), a German NGO, who have organised an annual conference promoting the use of social media to facilitate political debate. Our second interview in Uganda is with Reach a Hand who educate young people about health and sexual reproduction using different social media platforms. Next we will hear from No White Saviors an activist organisation who strive to disrupt the White Savior Complex in aid and international development through their Instagram account. Lastly from Uganda, we speak to 40 Days 40 Smiles who fundraise on Facebook and other social media platforms.

The activities in the second half of this week will focus on case studies from the Global North and how charities have implemented social media to educate the public about poverty and inequality, contextualise the work they do, advocate for policy change and fundraise to support overseas programmes work.

We are Social Uganda Report