In recent years, public media organisations have experienced shortfalls in fulfilling their ‘universal’ service as some younger audiences begin to doubt their relevance in the digital age.

One of PSMs biggest challenges is reaching young audiences as they turn away from public media towards alternative online entertainment services.

According to a report by the Reuters Institute for the Study of Journalism (RISJ, 2019), which analysed the relationship between public service media news and audiences across eight European countries, they found that “the audience for public service news is old, educated, and politically diverse.”

The graphs below illustrate the main news sources used by people under-25 in six out of eight case study countries both online and offline in a single week. 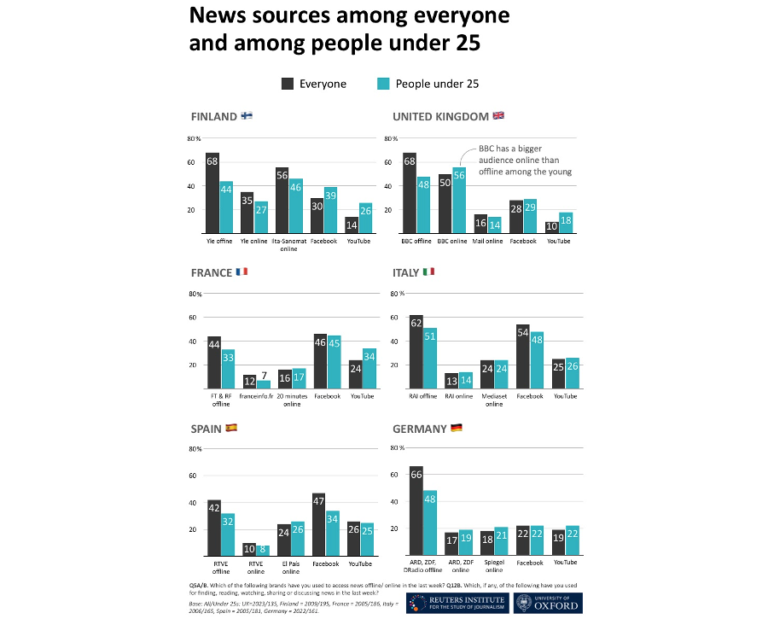 Young people in particular are turning away from PSM news as they increasingly rely on platforms such as Facebook and YouTube for sourcing news, despite social media not being news providers:

In short, the lack of verification taking place across these platforms should act as a wakeup call for PSM and other trusted news outlets on how best to either work with social media platforms to combat “fake news” or improve their presence as a clear source of trusted content on these networks.