Camera movements help reveal useful information to the audience and suggest something about the tone of a story. This article explains more.
© Into Film (2022)

Camera movement is one of the most useful tools in a filmmaker’s armoury. It can be used to reveal information to the audience, or move closer to the subject, providing clearer visual information.

Particular camera movements can also suggest a lot about the tone of a film or the genre it belongs to. Shaky, handheld camera work, for example, is often used in documentary or non-fiction filmmaking to present facts as they happen. It can equally be used in fiction to instantly transport an audience into chaotic environments, ramp up tension or heighten intimacy thanks to its unpolished, warts-and-all style.

There are a variety of ways to move the camera, including:

The camera moves backwards, forwards or sideways along a track which is also known as dolly or truck. You might also want to track in (moving towards an object) or track out (moving away from an object) to focus on details or reveal more about the environment. 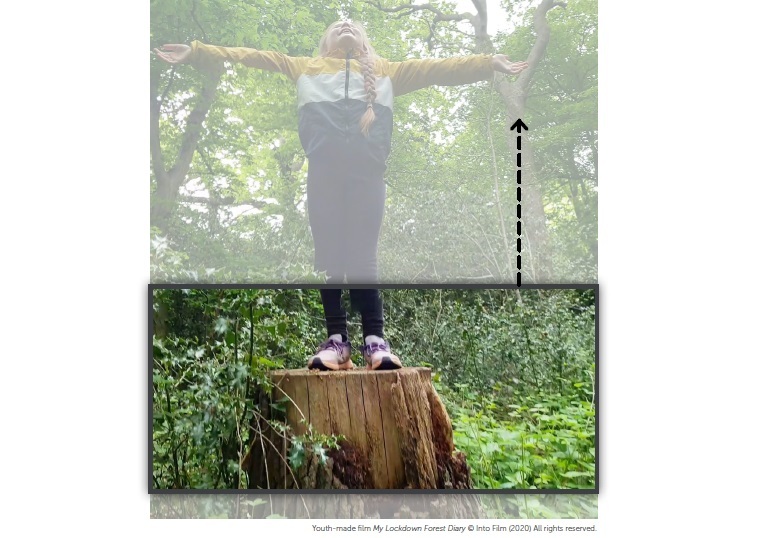 The camera moves from a fixed point on a vertical plane in a similar way to a person raising their head to look up or down.

For more support as you film, we have included the Camera Movements guide in the Downloads section.