The World’s Most Dangerous Pathogens?

In December 2015 the World HealthOrganization met in Geneva to highlight what they see as the most likely pathogens to cause severe disease outbreaks
© Based on WHO and other documents, January 2016, by JJ Cohen.

In December 2015 the World Health Organization met in Geneva to highlight what they see as the most likely pathogens to cause severe disease outbreaks in the near future. The list is a little different from what you’d expect, because what they really focused on was infections for which there is currently no readily available diagnostic tests, treatment, or vaccine. The Top Eight list:

CCHF is widespread in Africa, the Balkan countries, the Middle East, and Asia south of the 50th parallel (Harbin, Ulan Bataar).It is caused by the tick-borne nairovirus. In outbreaks the case-fatality rate has been near 40%. There is no vaccine and most drugs have not been tested in this disease.

This content is taken from
University of Colorado online course,

Ebola virus disease (no longer called Ebola hemorrhagic fever), named after the African river near where one of the earliest outbreaks occurred, is caused by a filovirus (filo= thread). It is highly infectious, perhaps more so than any other disease, and has a case-fatality rate that has ranged from 40 to 90%. There are 5 known strains of ebolavirus. The natural host is thought to be a fruit bat, but person-to-person spread can create the large epidemics as seen in 2014-5. Vaccines are in trials now, and an antibody preparation seems to be effective.

Marburg virus causes Marburg hemorrhagic fever. It is a filovirus, related to Ebola. It was identified in 1967 after outbreaks in Marburg and Frankfurt in Germany, and Belgrade in Serbia. These were all associated with laboratories studying the African Green Monkey. The reservoir is, as for Ebola, likely to be bats. There have been small outbreaks in several sub-Saharan countries. In the two largest outbreaks case-fatality rate was over 80%. Pigs are susceptible to Marburg, suggesting a worrisome possible vector for spread among humans.

The Lassa virus is an RNA virus of the arenavirus family. The full-blown acute hemorrhagic disease is dreadful; fortunately only 20% of infected people become ill. Rats seem to be the vector. It is endemic (always present) in West African countries. Rat control seems to be the best way to prevent the spread of this virus.

Middle East Respiratory Syndrome is caused by a coronavirus (MERS-CoV), related to the SARS virus of 2002-3. The host seems to be the camel, which gets a mild respiratory disease. Insufficient information has come from most countries where it occurs to know in detail the number of cases and the fatality rate, or even how it spreads. There is no vaccine for animals or humans.

SARS, the severe acute respiratory syndrome, was caused by the SARS-CoV coronavirus that originated in Guangdong province. It seems to be extinct now, after causing about 8000 cases and 800 fatalities. It is very surprising to see this on WHO’s list of pathogens of highest concern.

Nipah and the closely related Hendra viruses are sometimes called Henipahvirus. They are RNA viruses that occur in Southeast Asia and Australia. Hendra causes a highly fatal disease in horses, which some of their handlers have caught. Bats seem to be the Nipah reservoir, which infect domestic pigs. Small outbreaks in humans, with 30-40% fatality, have arisen; the immediate source was probably pigs.

Although RVF is primarily a disease of livestock, especially sheep, it can be transmitted directly to humans by a sick animal. It was first detected in the Great Rift Valley in Kenya. The animal-to-animal vector is the mosquito. The human disease is usually mild, with severe cases affecting eyes, nervous system, or blood. The hemorrhagic form, seen in fewer that 1% of those affected, is about 50% fatal.

WHO also listed three diseases as “serious”, meaning that plans for research and control need to be put into place. They are chikungunya, “severe fever with thrombocytopenia syndrome”, and Zika.

“Other diseases with epidemic potential—such as HIV/AIDS, Tuberculosis, Malaria, Avian influenza and Dengue—were not included in the list because there are major disease control and research networks for these infections, and an existing pipeline for improved interventions.”

When WHO announced its list, the press picked up the story as the identification of the world’s most dangerous pathogens, which they are not, certainly not yet. The WHO is a good organization, but they are often somewhat slow and timid, probably because they have so many masters; unlike the fierce Médecins Sans Frontières. 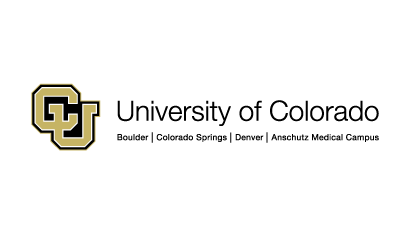