The popularity of Korean popular culture abroad has made celebrities out of many Korean entertainers in Asian countries. 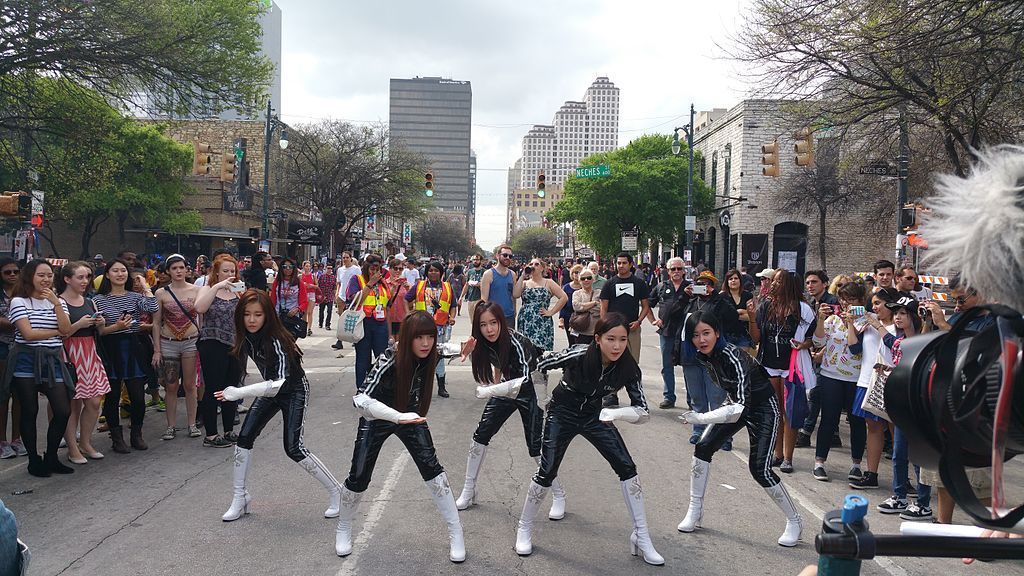 The popularity of Korean popular culture abroad has made celebrities out of many Korean entertainers in Asian countries. The Korean Wave is not limited to only to the Asian region, but it is in the neighbouring Asian countries that we can see the full impact of Korean pop culture. Korean TV broadcasts, films and music began to be exported abroad in the early 1990s, but they would not gain significant popularity until the late 1990s. For example, the first Korean TV dramas entered the mainland Chinese market in 1993. Yet it would not be until the TV drama “What is Love” captured a 4.2 rating on CCTV in 1997 that a Korean TV show received a much higher rating than a typical Chinese broadcastAt first, Korean TV shows in China were aired mostly late at night, but they soon became regular features of prime time Chinese TV. By 2004, the import of Korean TV dramas in mainland China reached 104 shows for the year, which comprised 16.5% of all imported TV dramas. In 2005, the TV drama Daejanggum or “Jewel in the Palace” was the highest rated show in 12 of the largest cities in China, and it is estimated that approximately 300 million people watched the broadcasts during the height of its popularity.Daejanggum was also extremely popular in Hong Kong, for it broke all existing TV broadcast records when it was aired in 2004. The Korean Wave came rather late to Hong Kong, for it was not until 2002 and 2003 that major stations aired a large number of Korean TV broadcasts, but at the height of Daejanggum’s popularity the show averaged a 47 point rating, which represents 3,290,000 million out of Hong Kong’s 7,000,000 TV viewersIn Japan, the popularity of hallyu is best expressed in the phenomenal success of Winter Sonata in 2003. Approximately 12 million Japanese tuned in to watch the final episode despite the fact that it aired at 3 o’clock in the morning. Since 2003, Winter Sonata has been broadcast several times in Japan during more regular hours, and each time it has generated large Japanese audiences.The success of Winter Sonata has made the male lead, Bae Yong-jun, into one of the most popular actors in Japan, and he is called often called Yon-sama by his Japanese fans, which is a highly respectful form of address. Bae Yong-jun was able to extend his popularity in Japan through several hit movies, and he has a particularly large audience among middle-aged Japanese women. Some of Bae Yong-jun’s Japanese fans have spent prodigious amounts of money to purchase his CDs and other merchandise bearing his name. The popularity of Bae Yong-jun merchandise has led to a popular expression in Japan called ‘Yonbin’. This word is a combination of Yonsama and binbo, which means poor. The word is used to describe those people who have spent so much money on Bae Yong-jun merchandise that they have become poor.While early hallyu 1.0 was largely limited to TV dramas, the next wave of Hallyu 2.0 involved Korean music and films that found great popularity abroad. These days, Korean pop music stars consistently top the music charts throughout Asia. One of the earliest successes was the singer “Rain” who began his career in 2002, but he quickly became one of the most widely recognized singers in Asia through both his acting and singing talents. Rain’s concert in Beijing in October 2005 drew more than 40,000 fans. In February 2006, his popularity reached across the Pacific when he became the first Korean pop star to perform in Madison Square Garden and sold out two shows. Time magazine has voted Rain as one of the 100 most influential people in the world, and he was often presented in the media as the face of the Korean Wave.

View Course
Korean movies have also enjoyed considerable success in overseas markets ever since the popularity of the Korean film Shiri in 1999. Shiri captured 50% of the domestic market, but what made the film stand out was its unprecedented success in neighbouring Asian countries. The success of Shiri was followed by My Sassy Girl in 2001, which became the most exportable film in Korean film history. The success of My Sassy Girl has led to the actress Jun Ji-hyun to become an iconic figure who is recognized from the streets of Beijing China to Saigon in Vietnam. Jun Ji-hyun’s style is emulated by young women throughout Asia, and she is in many ways a typical example of how Korean media stars have established Korean fashions as a new standard throughout the region.Many stores in various parts of Asia now sell clothing, cosmetics, and DVDs that cater to fans of Korean pop culture. The hairstyles of Korean stars and their music have encouraged widespread imitation and their success has led to a halo effect that has encouraged the sales of Korean products like cellular phones and flat-screen TVs. The market impact of the Korean Wave has been the focus of many economic studies, and they all agree that Korean “soft power” has translated into a major boost for the Korean economy. For example, in 2002, the export of Korean TV programs exceeded imports by $2,702,000 for the first time in history. This figure quickly grew to $14,073,000 in 2003 and $40,365,000 in 2004. All total, the film and television program exports along with the merchandise and tourism earned Korea $1.87 billion dollars in 2004 according to the government figures. By 2012, the Hyundai Research Institute estimates that the total value of the Korean Wave to be $2.3 billion dollars in just the media and entertainment category.Today, the economic impact of the Korean Wave remains difficult to calculate. Experts now speak about Hallyu 3.0 which involves a far greater variety of Korean products ranging from tourism to fashions, to food, to Korean medicine, and technology. The higher prominence of Korean culture may also be leading to major Foreign Direction Investment (FDI). One of the greatest area has been in tourism. For example, 14.2 million tourists visited Korea in 2014, whereas 6 million visitors had arrived in 2005.Without question, Korea has established itself as a major centre of cultural production and a favourite tourist destination in the Asian region. The expansion of Korean culture into the international realm was one of the unanticipated consequences of Korea’s successful development.You can follow the optional links below if you want to learn more about the Korean Wave.
© Michael Kim

Hi there! We hope you're enjoying our article: The Korean Wave
This article is part of our course: Modern Korean History: Liberation, War and Nuclear Ambitions