Explore licensing for the music industry. 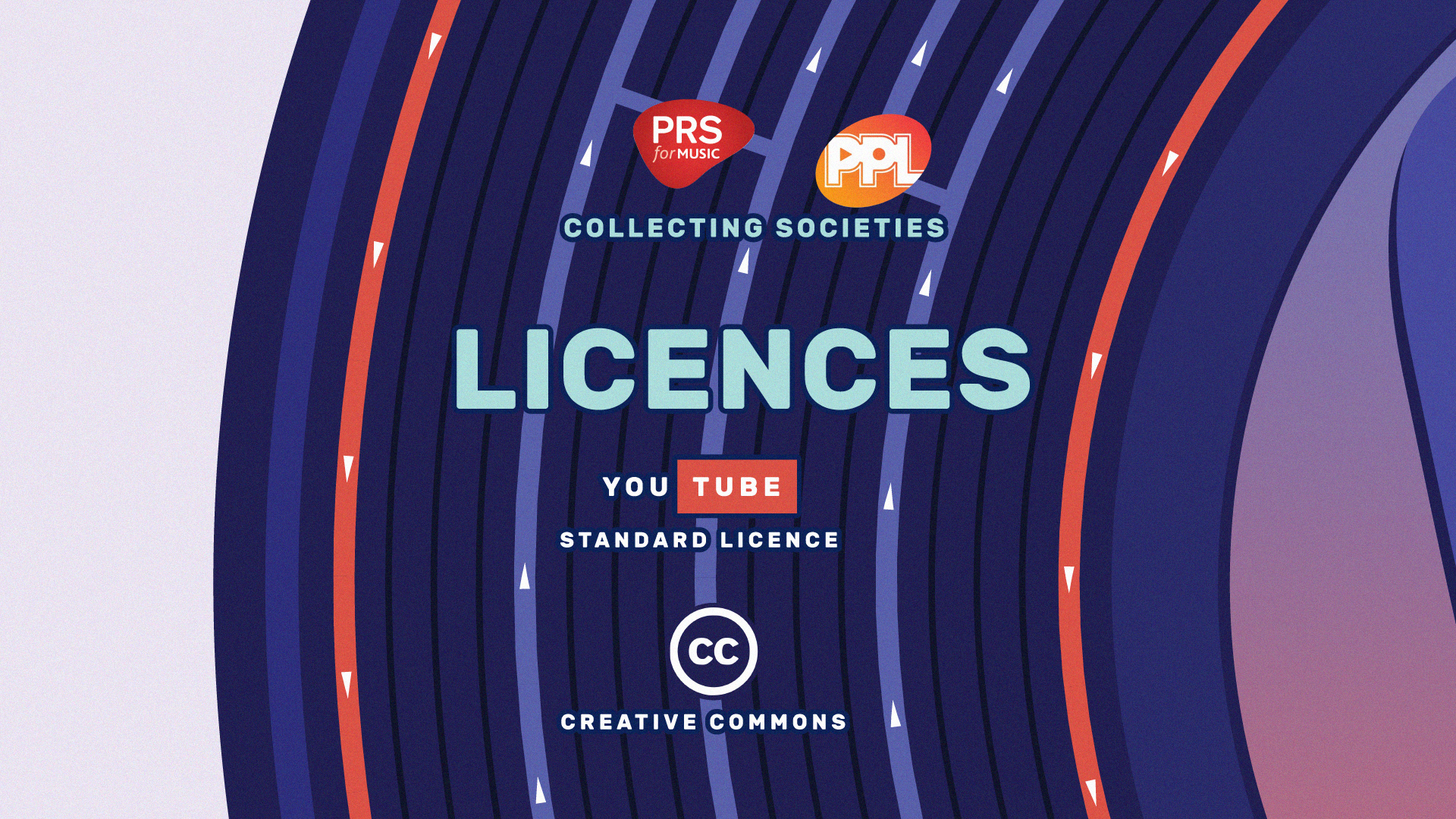 Tina and Ben are not the only ones who have to sort out copyright – so do the makers of the video Going for a Song! Aside from lyrics and melody of the song, and the recording of the music, copyright also subsists in the script, the artwork, the voiceover and the film/video itself. The permission of owners of all of these rights must be obtained before using them. When recorded music is used in conjunction with moving images e.g. movies, games, commercials or as it is used in this video, it is known as ‘synchronisation’. The law dictates that in order to use the music, the maker of this video must seek the permission of the owner of the copyright in the song and the recording. Permission to use a copyright work is usually granted in the form of a licence. A licence allows someone to use the work in a specified way for a limited period of time. As we have seen in previous steps, licences can be exclusive (granting use of the work only to the person who acquires the licence) or non-exclusive (enabling the copyright owner to license the use of the work to more than one person at the same time). There are blanket licences issued by collecting societies and open licences that allow everyone to use the copyright work under certain conditions (such as the Creative Commons licences).The capacity of creators to license the use of a copyright work or only parts of it depends on who owns the rights in the work. In some cases creators, like Tina and Ben, will own the copyright in both the song and the recording, and they can negotiate a ‘synchronisation’ licence fee directly with the third party user such as a filmmaker (as here) or a games company. Alternatively, a music publisher and/or record company may control (all or some of) the rights and then it is they who negotiate the licence, or allow a specialist ‘sync’ company to do so on their behalf. For big-budget productions, such as Hollywood movies, synchronisation licensing can be very lucrative for rights holders! The income generated from these sources is shared with writers and performers according to the terms of the publishing/record deal.In addition to the ‘sync’ fee, the use of music will often generate public performance income depending on how the work is used. For example, when a movie featuring recorded music is broadcast on TV it will generate income for rights holders including songwriters, performers, publishers and record companies through the various collecting societies.Tina and Ben have various options to license the use of their song. For example, if they decide to self release their song through online platforms like YouTube, they can choose between the Standard YouTube Licence or the Creative Commons CC BY licence (see below). They can also register their song with a collecting society like PRS for Music and distribute their work through PRS blanket licences.Of course, Tina and Ben are fictional characters conceived for the purposes of this video. By contrast, the song Twists and Turns was actually written by professional songwriters specialising in what is known as ‘production music’ for production libraries. Makers of audiovisual content access these libraries in search of appropriate music for their film, advert, game etc.Using this type of music holds many advantages for users. It is generally cheaper than music released for retail market or music specially commissioned for a project, such as a film score. It is generally also easier to get permission to use, or ‘clear’, copyright in production music as a specialist production music company controls the rights. This means that using production library music allows the user to quickly and easily select the music they require without negotiating with different owners of the copyright in the song and the recording. On the other hand, commissioning the production of a new track for a video project offers the opportunity to compose a piece of music that responds to the project’s specific needs. For the project Going for a Song, we opted for a mixed approach. The production company Audio Network offered the makers of this video a synch licence to use their song Twists and Turns, and one of its original composers – Richard Kimmings – was commissioned to produce a new version of the same song for this video. The new track – performed by Lucy Kimmings and Kes Loy – was used to tell the story of a song from its creation to its distribution, with a view to explaining the various copyright aspects of this journey.

View Course
While copyright automatically applies to all original songs and recordings, some rights holders opt to license their work under a particular licensing system intended to make works more accessible to and easier to reuse by other creators and users. Creative Commons is the most well-known example of this. This set of licences allows creators to permit the use and re-use of their works under certain conditions, without follow-on users having to ask permission or pay. In order to maximise the dissemination and use of its educational resources, CopyrightUser.org distributes almost all of its content under the most open of the Creative Commons licences: CC BY. This licence allows everyone to freely share, remix, alter, and build upon Copyright User content for any purpose, under the only condition of crediting the creators of the work and acknowledging CopyrightUser.org as the source.However, while Creative Commons CC BY may be a good licensing option for educational resources such as CopyrightUser.org, this licensing arrangement would not suit authors who wish to monetise their work. For example, the song Twists and Turns is registered with PRS for Music and distributed by Audio Network under paid licences. If we distributed our video in its entirety under the CC BY licence, people who wished to reuse Twists and Turns could just take and edit the audio track of our video instead of buying a licence from Audio Network, depriving the composers of the song and Audio Network of a revenue stream. Therefore, the video Going for a Song is offered with a combination of licences for its component parts: the visual elements are distributed under CC BY and free for everyone to reuse, whereas the music retains its original licensing arrangement. If someone intends to reuse Twists and Turns (or the version specially produced for our video) in their own project, they still need to buy a licence from Audio Network: https://www.audionetwork.com/browse/m/track/twists-and-turns_12460

Hi there! We hope you're enjoying our article: Licences
This article is part of our course: Music Copyright: Understanding UK Copyright Law When Working with Music