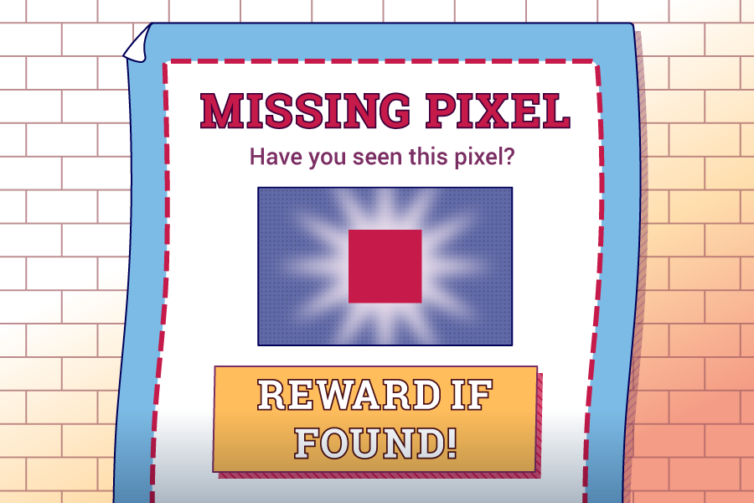 At the end of the previous step you were asked how you could determine whether a pixel had been lost, and what you could do about it.

There are countless possible options, but some that you may have considered are:

The answers to these questions are techniques for error detection and correction.

Many of the approaches to detecting errors in unreliable communication are hampered by the fact that you may not even know when a message was not received or never sent. Due to this, you may have to make assumptions and best guesses. This is another reason why many real-world applications use a mix of reliable and unreliable communication.

You will now implement a simple algorithm to detect whether a message has been lost. By simulating data loss, you can investigate ways of improving error detection.

For the moment, assume that the pixels are received in the order in which they are sent. Therefore, if a pixel is received out of sequence, we can assume that a message has been lost.

This simple error detection algorithm will work like this:

Change your get_pixel_data function to implement this algorithm: It could be that, like mine, your lost pixel count is showing as zero! This could be because no pixels were lost, and is particularly likely if you are running your sending and receiving programs on the same computer.

To test and ensure that your error detection is working, you can simulate losing pixels by randomly choosing not to send some of them. 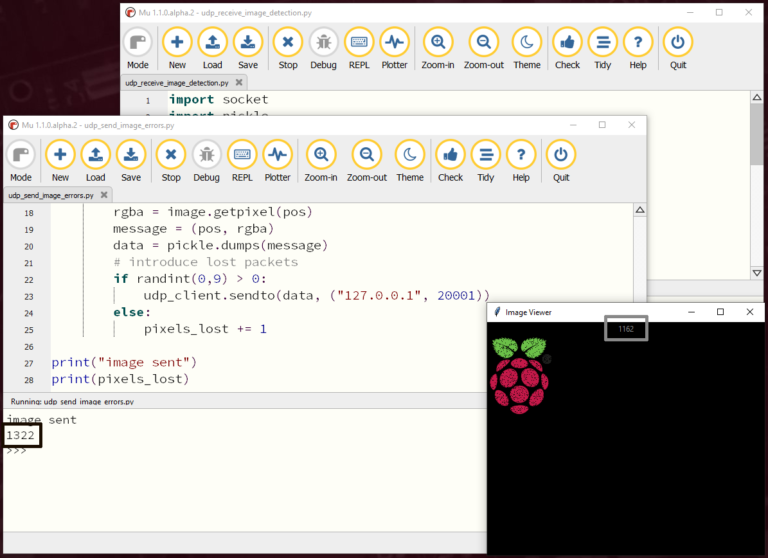 The algorithm I created to detect errors is finding about 88% of all errors. That’s quite good, but it could be better.

Try changing the error detection algorithm in the receiving program to improve the detection rate, you can also edit the sending program to send more information to help you.

Here are some pointers to get you started improving the existing error detection algorithm:

Share your new programs in the comments section using a Pastebin link. Remember that you can ask for help if you need it!