Othello takes the audiences from a public into a private world, making the tragedy centre on domestic rather than state affairs. 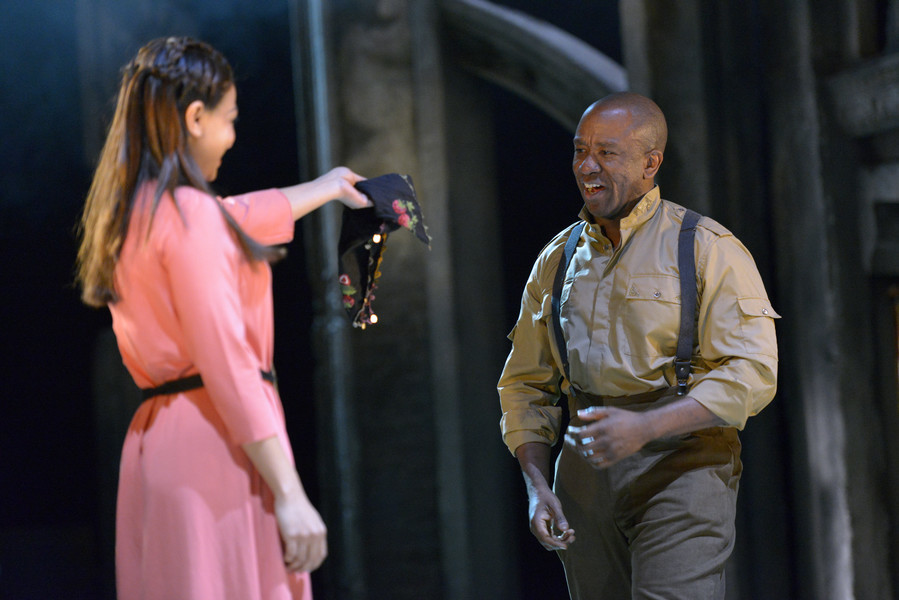 Othello takes the audiences from a public into a private world, making the tragedy centre on domestic rather than state affairs. Ultimately, we could argue that a handkerchief makes Othello strike his wife in public, defame her in front of her friends and, of course, strangle her in her bed. The handkerchief has been a source of much criticism ever since the 17th century when Thomas Rymer published his thoughts on the play in a collection of essays titled ‘A Short View of Tragedy’:

So much ado, so much stress, so much passion and repetition about an Handkerchief? Why was not this called the Tragedy of the Handkerchief? […] Had it been Desdemona’s Garter, the Sagacious Moor might have smelt a Rat: but the Handkerchief is so remote a trifle, no Booby, on this side of Mauritania, could make any consequence from it.

For Rymer, accusing Desdemona of infidelity and murdering her because of a handkerchief is tantamount to farce. In fact, this was something echoed centuries later by George Bernard Shaw who claimed that the play is ‘ridiculous’.
Perhaps we might think about the handkerchief as Iago does:

Trifles light as air
Are to the jealous confirmations strong
As proofs of holy writ.

Judged by this reasoning, it is no wonder that Othello is driven to distraction and illness, bringing on a fit of epilepsy, by something as seemingly trivial as a handkerchief. Its very triviality highlights the infectious, irrational nature of jealousy and in so doing, highlights the weak foundation of this tragedy: which is, in its essence, that a piece of mundane fabric can destroy even the most loving of relationships. Such is the fragility of the tragic hero.Share your thoughts on the following questions in the Comments:
© Royal Shakespeare Company

Hi there! We hope you're enjoying our article: The handkerchief
This article is part of our course: Othello: In Performance