The genetic basis of DPD deficiency 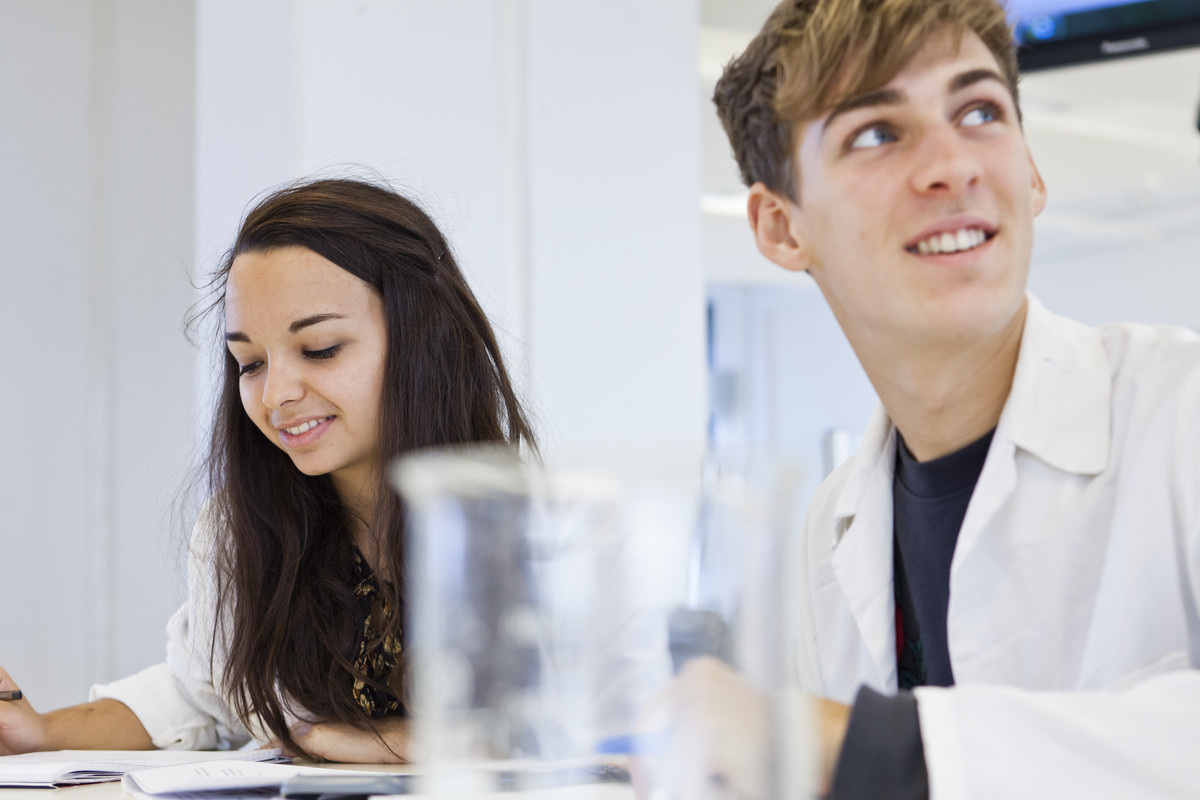 Dihydydropyrimidine dehydrogenase (DPD) is a key metabolic enzyme that affects the pharmacokinetics of and toxicity of fluoropyrimidines including 5-fluorouracil (5-FU) and its oral prodrugs (e.g. capecitabine). Over 80% of 5-FU is catabolised by DPD into non-cytotoxic metabolites. The activity of DPD varies widely between patients and treatment of patients with fluoropyrimidines is not recommended if they have complete DPD deficiency. 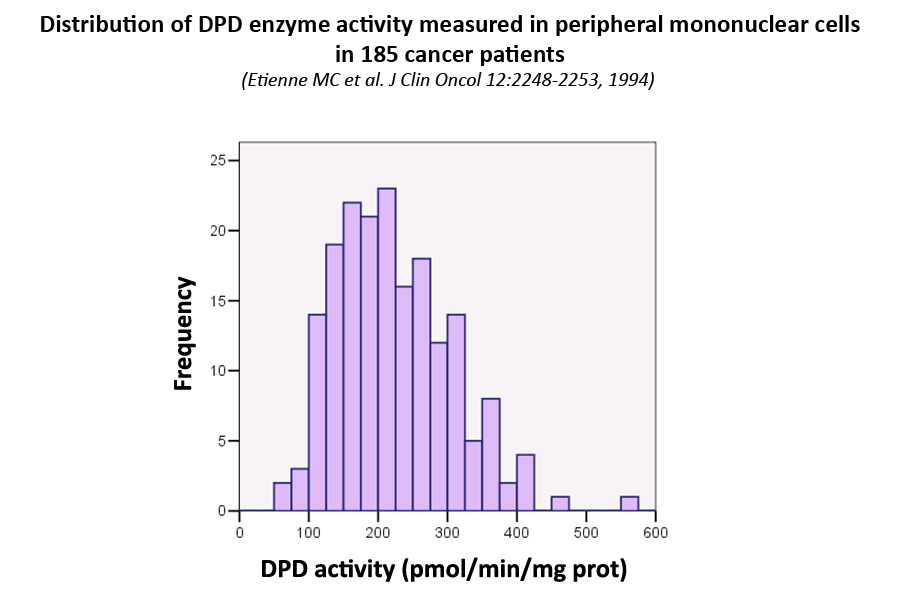 This chart shows the DPD activity in the peripheral mononuclear cells collected from a cohort of 185 French cancer patients. The normal distribution shows more than an eight-fold variation between the highest and lowest values. None of these patients had complete DPD deficiency.

Considering the Use of Biomarkers: Genotyping DPYD

DPYD is the gene that encodes DPD. It is highly polymorphic between individuals, with several functionally important and even catalytically inactive alleles described.
Some individuals with the lowest values will be homozygous for “catalytically inactive” DPYD alleles. The association between these variants and toxicity is well-established and has been summarised in several meta-analyses.
Here are three examples of particular variants with information about their frequency; found in a cohort of patients treated in Norfolk, England:

There are published guidelines that recommend genotype-testing and associated dose modifications that are dependent on the results of these biomarkers. In the proposed dosing guidelines, the dose for individuals carrying the variants are compared to the standard dose recommended for an individual who is homozygous for the wild-type haplotypes (see an example below of how treatment can be stratified).

The usefulness of individual genetic biomarkers is compromised here by their very low allele frequencies. The numbers needed to screen to apply useful dose modifications for at-risk cancer patients is very high. However, if the biomarker is considered as a signature of the most significant variants (e.g. testing for diplotypes, or more variants), its performance is improved accordingly.
© University of East Anglia

Hi there! We hope you're enjoying our article: The genetic basis of DPD deficiency
This article is part of our course: Using Personalized Medicine and Pharmacogenetics