What types of context lend themselves to cross curricular projects and digital making? In this article, we will discuss some common themes and topics. 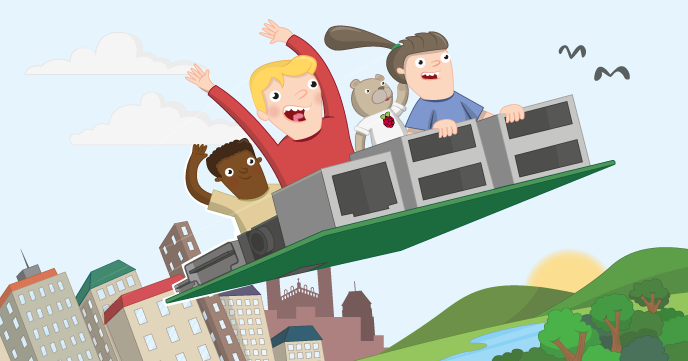 Digital making intersects with science, technology, engineering, art, and mathematics subjects drawing on artisan and craft skills like paper craft, woodwork, fabrication, textiles, and photography to name but a few.

Here are some examples of topics and themes that have spurred digital making by and for young people.

Not everyone is a classically trained musician, but everyone can have an appreciation for listening to and creating music. What’s more, music is increasingly created using digital tools, so why not code? Young people could use code to create sounds, compositions or even entire performances. Physical inputs could be use to trigger or alter sounds, or music combined with other projects to create engaging and immersive experiences.

Nature is fantastic topic for digital making projects. It’s full of opportunities for photography, from capturing simple scenes to creating time-lapses or using motion to trigger photographs. Young people can also use sensors to collect data about their natural environment to study it and ask questions that matter to them.

Once your learners have tackled simple outputs such as LEDs, they’ll be looking for their next challenge, and one that will excite many of them is making something move. From simple contraptions to motorised vehicles all the way to autonomous problem solving bots, the world of robotics is rich with challenges for young people to engage with. Why not set a challenge for young people and hold a competition, or take part in local or national competitions such as the First Lego League or Pi Wars?

Space is a topic that inspires many young people, and there are a range ways of using space in your digital making projects. Students could build interactive models of the planets of the solar system using motors and LEDs. Using a camera you could observe the night sky, or even track stars. Being so light the Raspberry Pi can be lifted by a helium balloon to near space and capture images and data. Then of course there’s the two Raspberry Pis that live on the International Space Station as part of our Astro Pi project.

Annual holidays such as Diwali, Chinese New Year, and Christmas would surely benefit from some additional LEDs or blinky lights programmed by your learners. National Book Day is a great chance to create a project, perhaps recreating part of a book (such as the sorting hat from Harry Potter, or tell a story through a programmed Minecraft world. Halloween has also inspired topics for many digital makes, from scary motion-triggered props to wearable creations to incorporate into their costumes.

What other themes and ideas do you think would inspire your young people? Add a comment below.