We have looked at the establishment of Portus, and now its connections to other ports. Materials like pottery, glass and marble show us that Portus was a hub connected to the other major ports of the Mediterranean, with some suggestion that this was oriented primarily towards the west. Looking at evidence from Ostia, the Piazzale delle Corporazioni or “square of the Corporations” shows many different rooms with mosaics illustrating scenes of trade from around the Mediterranean. These rooms may have been used to discuss trade transactions to different Mediterranean ports. The video mentioned “epigraphic evidence”. Dragana will talk more about this next week but for now think of it as any writing that is carved or scratched into an object. So, a gravestone is an example of epigraphy. You might also know the term “palaeography” which usually relates to ancient handwriting. Now you’ve listened to Simon’s discussion of the links you can move on to hear Meaghan’s feelings on the significance of this information, and then you can have your say! 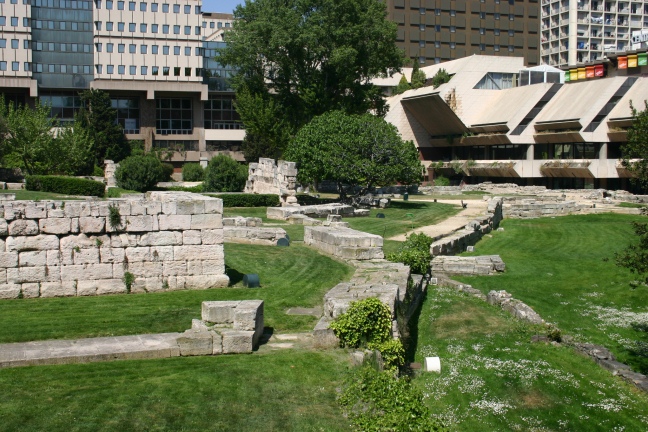 Remains of the Greek and Roman port at Marseille – Simon Keay © University of Southampton Discussion topic: As you went through the video you may also have wondered about the map. How accurately do you think we can pinpoint the ancient port sites named in documentary sources? And do you think that the routes shown on the map are accurate? How could we know?