This article discusses the ways palaeobotanical remains are used in many different ways at Portus, a harbour in Ancient Rome. 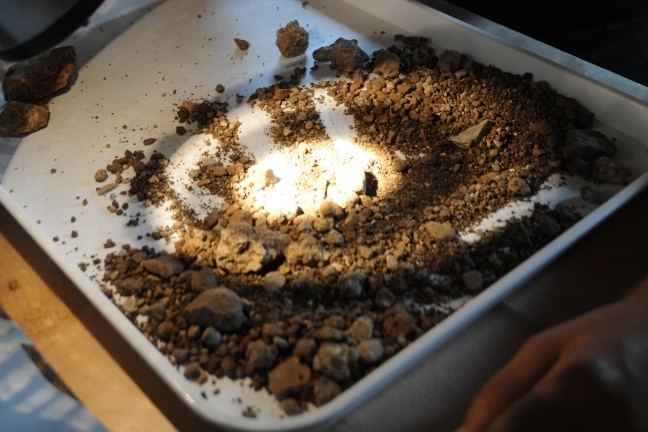 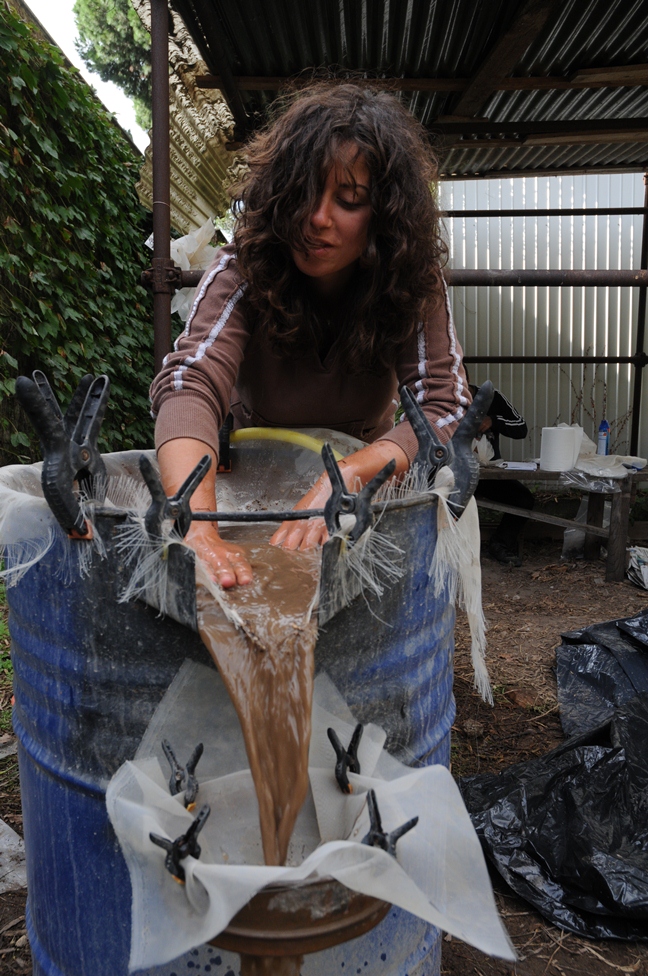 For example, in the early stages of the Portus Project work by Rachel Ballantyne and Evi Margaritis focused on two specific aims: evaluating the quality and diversity of preserved biological material at Portus, and helping to understand the ways in which contexts were formed. They describe their work as follows:

Drying palaeobotanical finds – Hembo Pagi © University of Southampton
The former study demonstrated considerable diversity. For example, the majority of the plant remains could be identified as being “of economic taxa” i.e. staples such as wheat, barley, lentils, stone pine seeds and vegetables. The burning indicates that this was generally a consequence of their cooking (whether planned or accidental!). In terms of the relationship of these to contexts it was possible for them to identify clear deposits with intensive human cooking activity (potentially dumps of cooking waste) and other areas with no sign of human interaction.
In terms of the latter aim a good example stems from comparison of sand deposits at different locations around the Imperial Palace. These deposits were sampled using an auger (a power or hand drill for extracting soil samples from deep underground. Some of these samples were deliberately taken to coincide with areas of intensive geophysical survey, using multiple methods including electrical resistance tomography which provides a sense of different levels of buried material underground.
Some differences were noticed in the type of sand recovered in these different augur locations. These differences in turn suggested that it was deposited through different processes. The palaeobotanical (alongside the zooarchaeological) evidence demonstrated differentiation between marine and land species in some zones, and in others a mixture of the two suggesting a deliberate dumping of material to fill in an earlier dock or canal, with the sand possibly derived from shore deposits or dredged material. However, our colleague Ferreol’s palaeo-environmental coring tells us that these sandy levels were natural deposits belonging to beach that predated the construction of the Trajanic infrastructure and buildings here.
Specifically the two techniques were used to identify and quantify charred plant remains, small bone (incl. fish/birds), edible molluscs such as a profusion of cockles and also organic remains, ecofactual molluscs and microfossils including seeds and insects. This provides a fascinating level of detail. For example, the organic plant remains could make it clear whether deeply buried parts of the site had always been wet or whether there had been an early period prior to them becoming waterlogged.
By microscopic examination of what can honestly (and unfairly!) seem like a tray of dirt our experts can talk about the seeds of goosefoots (Chenopodium sp), stitchworts (Stellaria sp.) and plants from the Nightshade Family (Solanaceae) and in turn describe the environment at that time (Rachel Ballantyne 2007: report on the environmental evidence from the auger samples).
It is another magical scientific process, and it is only through the meticulous combination of these materials and methods that such conclusions can be drawn and evaluated.

We spoke to Rachel about the smell of Portus. The olfactory sense is not often discussed in archaeological literature and yet it plays a very significant role in human experience. A single smell can easily conjure a memory from long ago. So, we asked Rachel what we could put in our shopping baskets if we want to recreate the smells of the port:

“The usual harbour-side stench of decaying marine detritus is probably the first one that comes to mind..! How about you buy some dried edible seaweed (any sort) and leave it in water in the sun for a few days? Not nice at all! Wheat-filled granary stores, overlaid with the subtle scent of black peppercorns are two others where we actually have good evidence. The smell from bags of wheat grain – the unmilled type that is popular these days for sprouting – and bags of peppercorns would certainly conjure the same smell.