What have aerial photography and LiDAR told us about the site of Portus?
View transcript
4.6
SIMON KEAY: Aerial photography has really been very important for telling us a lot about the external area of Portus. In other words, between the Trajanic hexagonal basin and the river Tiber. And it’s revealed details of the ancient aqueduct which ran from Ponte Galeria to Portus, parts of the canal system, and a whole series of buildings on the river port. So it’s been very helpful there. It tells us less about the interior of the port around the hexagonal basin, simply because so much tree coverage obscures seeing structures on the ground. But, on the other hand, that’s where LiDAR comes in. Because LiDAR as a form of airborne scanning, if you like.
49.4
And it’s, therefore, possible to see below the tree line and to get quite a clear image of the topography of buildings and structures associated with the port there. So if you put the two together, they are, in fact, very complementary techniques.

Aerial photography and LiDAR in tandem provide a great way of seeing the landscape at Portus, including seeing through the modern tree cover. In the last year we took our use of aerial photographs further by combining a few hundred photographs that I took from a helicopter together, in order to produce a three-dimensional model of the harbour. This uses an approach called photogrammetry that you will learn more about later in the course. Also, because the port is so large, it is only from the vantage point of a helicopter that I began to get a sense of how large it is and to appreciate the full sweep of land from the Claudian basin across to the Tiber in the east, and down to Ostia in south. However, this impression is somewhat compromised by the extensive tree-cover across the site. 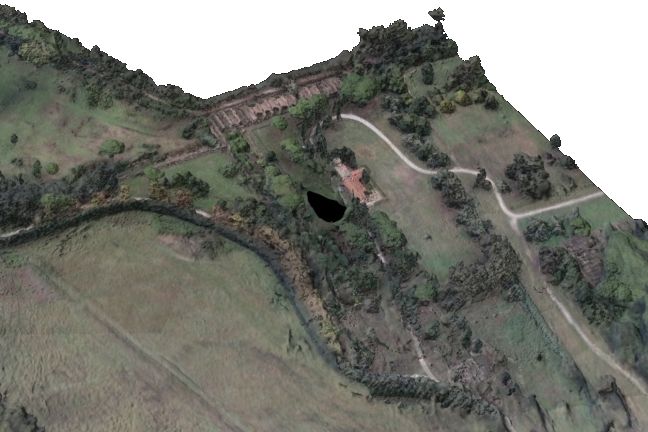 Photogrammetry model made up of 37,000,000 digital facets, showing the area of the Grandi Magazzini di Settimio Severo. The image is east facing. – James Miles © University of Southampton While the many varieties of trees and shrubs that abound across the site make it such a wonderful experience for the visitor on the ground, they make it hard to get a clear understanding of the ancient topography from the air. However this was mitigated to some extent by getting access to LiDAR coverage of the site. This acts as a form of aerial laser scanning which enabled us to see through the trees and pick out the humps and bumps of buried structures that we cannot otherwise see. 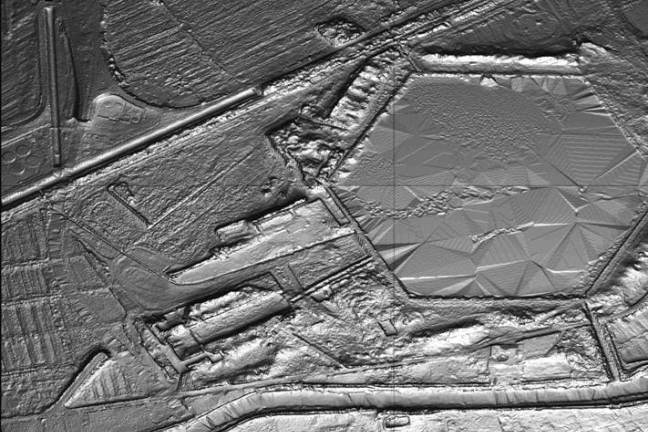 View Course
The bay walls of the navalia are particular clear in this regard, and show up topographic detail that is almost impossible to appreciate on the ground. We have also captured aerial photography using cameras that see outside of normal human vision – these multispectral approaches show up interesting details, including buried features. You can see an example of this by our colleague Geert Verhoeven who used infra-red imaging to record Portus on the AHRC Portus Project Image Gallery. These were very interesting because they showed up some of the features lying to the east of the port that had been detected in the geophysical survey of the whole, confirming the veracity of the results. You can learn more about multispectral imaging of objects in Week Five. 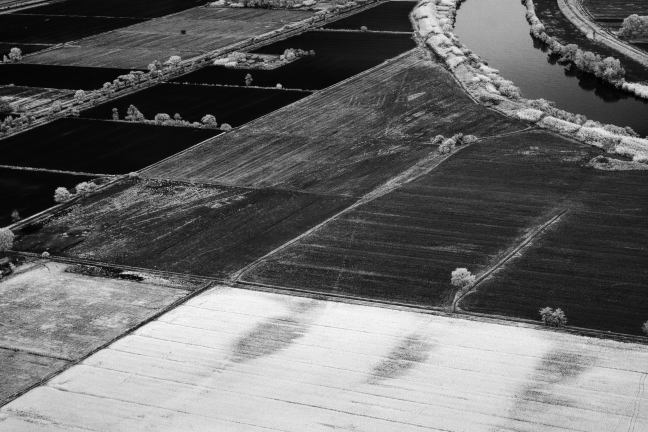 The photograph is east facing. © Geert Verhoeven, Department of Archaeology, Ghent University An infra-red photo of the flat land lying between the hexagonal basin and the Tiber, with evidence of traces of the Roman road and canal system showing on the left of the picture. You may wonder why it is grey rather than red. Since this is a near-infrared image and our eyes are not sensitive to this radiation, it is best to display the image as shades of grey. The image is red in the original digital camera image © Geert Verhoeven, Department of Archaeology, Ghent University