Find of the week – fineware

What do we do with all these ceramics?
View transcript
5.7
HOLLY WALKER: These bags of ceramics, what are the differences between them? Are they from different places?
13.7
SIMON KEAY: They’re different kinds of pottery. Again, if we start with the earliest. This kind of material here, as you can see, this particular kind of form, a sort of darkish orange, and that particular kind of shape, is– and you can see some more of it, just of a slightly different form, here– this is all locally produced pottery, fine pottery that’s used on the table for serving. And this is produced in Italy during the early Imperial period, in the first or second century, so what’s called sigillata italica by my Italian colleagues. Then you’ve got some of this material. And this is actually– comes again from North Africa. And it comes from Tunisia. And it’s very, very much later than this.
81.5
This pottery may look much the same to you, but there is a different kind of rim. And as with all this stuff, it’s all been studied. Other examples of this have been studied by specialists and published in big catalogues. And in those catalogues, they’ve managed to thresh out the development of the forms, the chronology of the forms. And so we know that this form, for example, is fifth or sixth century AD. So again, when you find that in a layer, not only does it tell you about the date of the layer, but it also tells you something about the commercial context.
121.2
Because all of this, what’s called African red slip, or sigillata chiara D, comes from Tunisia, inland from the coast of what’s now modern Tunisia, or ancient Africa Proconsularis Byzacena. And then you’ve got this stuff, which doesn’t look very appealing. This is actually cooking wares. These again, this particular piece is again from Africa, again from Tunisia, Africa Proconsularis. And this is 2nd, 3rd century date. And again, a lot of this is the same sort of material. And so what that shows you is that really, if you like, it’s the potted history that as Portus is established in the first century to early second, a lot of the pottery supplies, some from North Africa, there’s some from Italy.
184.4
But as the port develops into the second, and third, fourth, and fifth, sixth centuries, really one of the primary trading axes for Portus, and of course, Rome, just up the river, is with North Africa, both Tripolitania, Libya, and Africa, modern Tunisia.

For our second “find of the week” Simon has chosen fineware ceramics. Penny mentioned fineware in the video earlier this week about processing finds. The two main types Simon discussed are Sigilata Italica and African Red Slip or Sigillata Chiara D. 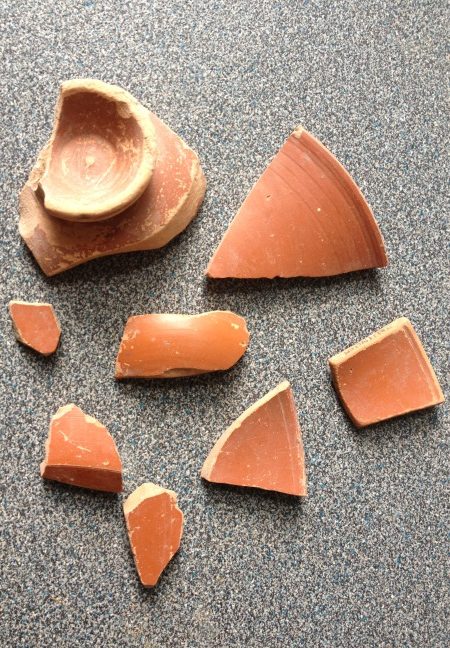 Fragments of a Gaulish Terra sigillata bowl – Dragana Mladenović © University of Southampton In the video Simon also mentioned the province of Africa Bizacena – a subdivision of Africa Proconsularis created at the very end of the third century AD. As you have seen throughout this course, North Africa (Tunisia and Libya) were clearly major points of contact with Portus throughout the site’s history. 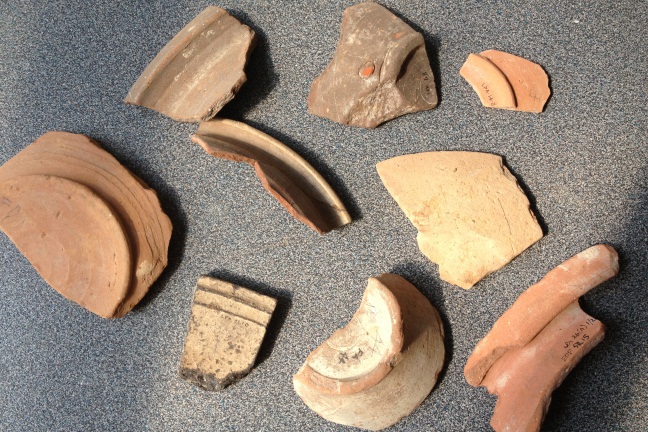 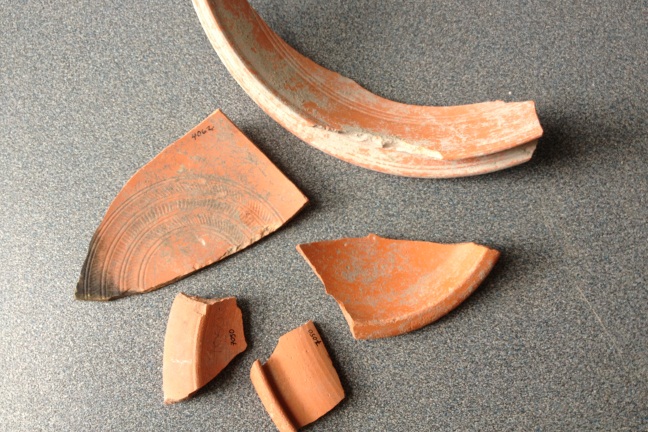 View Course
African red slip (from Carthage) – Hembo Pagi © University of Southampton Another common type of domestic pottery is the oil lamp, which are found extensively on the site. Oil lamps provided the most common source of artificial illumination for Romans, and would have been essential to navigate around the darker recesses of the Palazzo Imperiale and other buildings. Again, computing is playing a role here as we are able to simulate the way these oil lamps light the spaces in order to evaluate their impact on the kinds of tasks that could be performed and the way that materials looked. 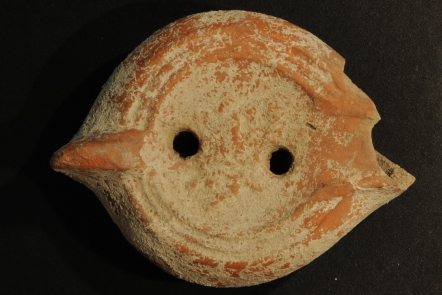