Skip main navigation
Home / Healthcare & Medicine / Preventing the Zika Virus: Understanding and Controlling the Aedes Mosquito / What Is the Impact of Vector-borne Diseases?

What Is the Impact of Vector-borne Diseases?

Read about the impact of vector borne diseases, including malaria, lymphatic filariasis, dengue, Japanese encephalitis, Zika, and others. 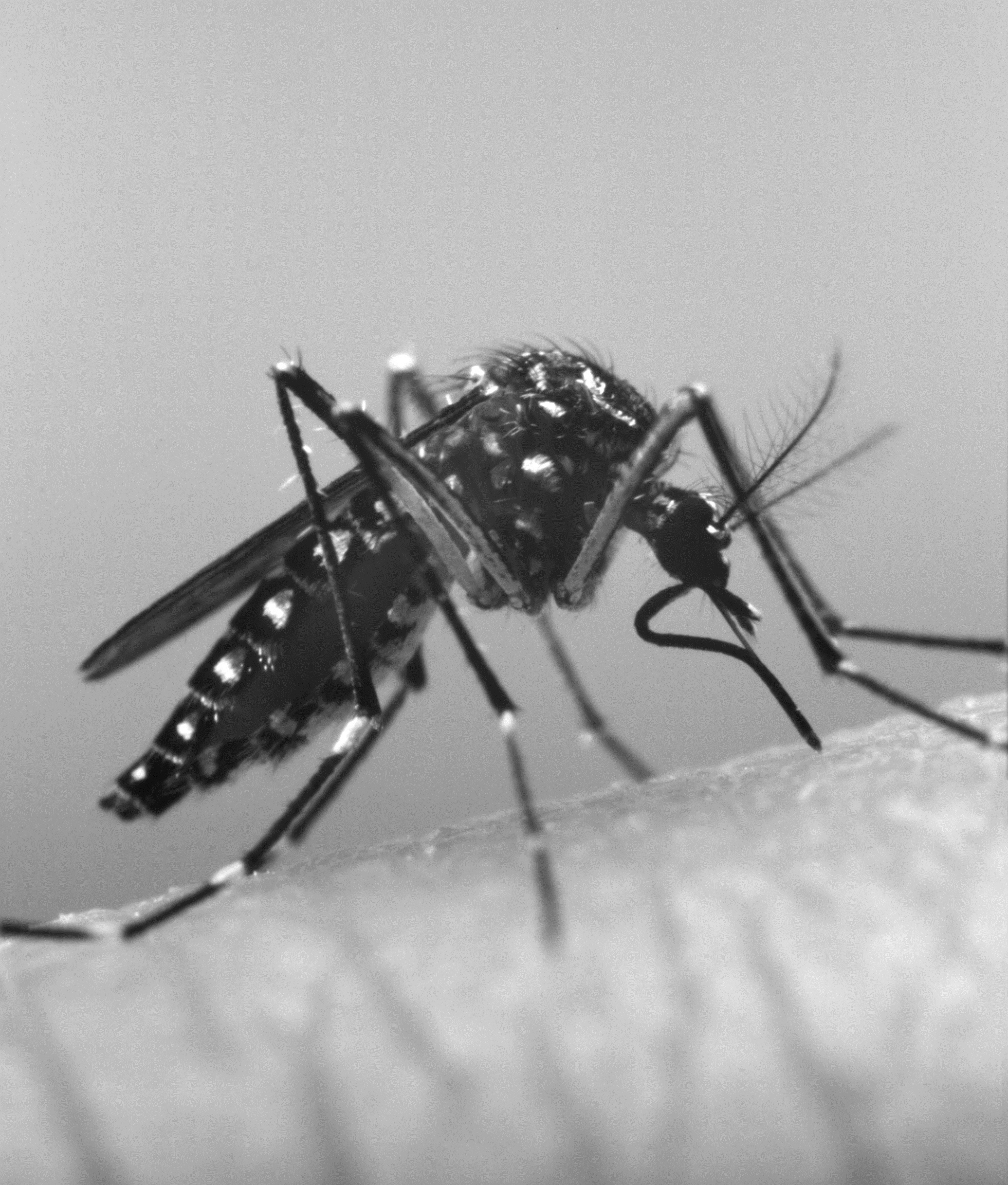 The first report of locally-acquired Zika in the Americas was published in May 2015, at which point the Pan American Health Organization (PAHO) and the WHO issued an epidemiological alert regarding Zika virus infection. Less than one year later, in February 2016, the WHO declared that the recent association of Zika infection with clusters of microcephaly and other neurological disorders constituted a Public Health Emergency of International Concern.1 The potential magnitude of the ongoing Zika epidemic is extremely difficult to gauge based on available data. An official from PAHO has suggested that 500 million people in the Americas are at risk of being infected by, Zika2 and model-based projections indicate that around 64 million infections could occur before the first wave of the current epidemic concludes.3 As of May 2016, 38 countries or territories have increasing or widespread transmission, and 12 have sporadic transmission.4 Locally-acquired cases of Zika have been confirmed in growing numbers of countries, most recently from Saint Lucia and Vietnam,5 and we are yet to see what impact Zika will have in Asia and Africa.Vector-borne diseases impose substantial costs to both individuals and governments. Costs to individuals and their families can include the purchase of treatments and preventative measures, lost days of work, and expenses for burial in case of deaths. Costs to governments include the supply and staffing of health facilities, public health interventions, and lost opportunities for economic development and tourism. Initial estimates of the short-term economic impact of the Zika epidemic in Central and South America have been modest, at US$3.5 billion, or 0.06% of the region’s GDP.6 However, some countries in this region are highly dependent on tourism and could suffer significant foregone incomes, particularly if the public’s perception of risk rises. Further, as complications associated with Zika infections are confirmed these estimates are subject to re-assessment: the links with microcephaly and Guillain-Barré syndrome are expected to increase health and prevention costs, and there will be greater time, labour and productivity losses. Similarly, the finding that Zika can be sexually transmitted could increase the size of the at-risk population and have a further negative impact on travel and tourism revenues. How then does the scale of Zika compare with other vector-borne diseases?

Vector-borne diseases cause more than 1 million deaths annually.6 Approximately 3.2 billion people – almost half of the world’s population – are at risk of malaria, which has ongoing transmission in 95 countries and territories. Sub-Saharan Africa carries a disproportionately high share of the global burden, and in 2015 was home to 88% of malaria cases and 90% of malaria deaths.7Malaria is an acute febrile illness, causing fever, headache, chills, and vomiting in non-immune individuals. If not treated within 24 hours, infections caused by the Plasmodium falciparum malaria parasite can progress to severe illness, often leading to death. The majority of deaths are in children under 5 years of age.8The disability-adjusted life year (DALY) is a measure of overall disease burden, expressed as the number of years lost due to ill-health, disability or early death. When considering vector-borne diseases with this metric, malaria stands out as having the greatest disease burden worldwide, considerably greater than all other vector-borne diseases (Table 1). By comparison, microcephaly and Guillain-Barré syndrome from Zika have been predicted to cause a loss of 43,717 to 108,951 DALYs, if an attack rate of 5% is assumed.9The direct costs of malaria, including illness, treatment, and premature death, have been estimated to be at least US$12 billion per year. On top of this is lost economic growth, which is likely to be many times more than that.10

Lymphatic filariasis, commonly known as elephantiasis, is a neglected tropical disease. Infection occurs when thread-like parasitic worms are transmitted to humans through mosquito bites. When these worms grow to their adult stage they can become lodged in the lymphatic system and disrupt the immune system. In severe cases this leads to fluid retention and tissue swelling in the limbs or genitals, and patients suffer from social stigma, as well as financial hardship through loss of earnings or medical expenses.Approximately 1.1 billion people in 55 countries are living in areas that require preventive drugs to stop the spread of infection. Close to 80% of these people are living in just 10 African and Asian countries: Angola, Cameroon, Côte d’Ivoire, Democratic Republic of the Congo, India, Indonesia, Mozambique, Myanmar, Nigeria, and the United Republic of Tanzania.12 A total of over US$800 million is estimated to be lost per year due to lymphatic filariasis in India alone.13

Dengue is a mosquito-borne viral infection that causes a flu-like illness, and occasionally develops into a potentially lethal complication called severe dengue, or Dengue Haemorrhagic Fever. Recent decades have seen a significant growth in the incidence of this disease, and now more than 2.5 billion people in over 100 countries are at risk of contracting the virus.14Dengue is usually a self-limited illness, and there is no specific antiviral therapy available for it. Treatment involves trying to relieve the symptoms, and with early detection and medical care the fatality rate can be reduced below 1%.14

Related to the dengue virus is the Japanese encephalitis (JE) virus, which is the main cause of encephalitis in many Asian countries. Currently, 24 countries in South-East Asia and Western Pacific regions have endemic JE virus transmission, with over 3 billion people at risk of infection. Encephalitis is a serious condition that causes the brain tissue to become inflamed. There is no cure for this disease, so treatment is focused on supporting the patient and relieving their severe clinical symptoms15. Fortunately less than 1% of people infected with JE virus develop clinical illness.16

The diseases considered above are all transmitted by mosquitoes, but other important vectors include sandflies, tsetse flies, black flies, triatomine bugs, fleas, ticks, and some aquatic snails.7 The pathogens themselves vary from viruses to bacteria, protozoa, and filarial worms, and collectively they are responsible for hundreds of millions of cases of disease in humans and animals each year.The most important vector-borne diseases occur in the tropics, usually in the areas where resources are the most limited and there is very poor surveillance. However, over the past 30 years there has been an expansion in the geographical distribution of vector-borne diseases and they now present the world community with possibly its greatest health problem and threat to economic security today.17

At some stage the explosive outbreak of Zika we have seen in the Americas is expected burn out as an increasing number of people gain immunity. What will happen after that remains unknown; Zika may behave like dengue and other viruses, recurring regularly with spikes in the rainy seasons, or sufficient immunity may be established to cause the virus to die out altogether.18 While most people infected with Zika will have either no symptoms or only mild symptoms, it is now understood that serious manifestations and complications have resulted in some deaths, and it is still too early to accurately rank the impact of Zika against the other vector-borne diseases.
© London School of Hygiene & Tropical Medicine

Hi there! We hope you're enjoying our article: What Is the Impact of Vector-borne Diseases?
This article is part of our course: Preventing the Zika Virus: Understanding and Controlling the Aedes Mosquito