Looping a Set Number of Times

Learn more about looping a set number of times. 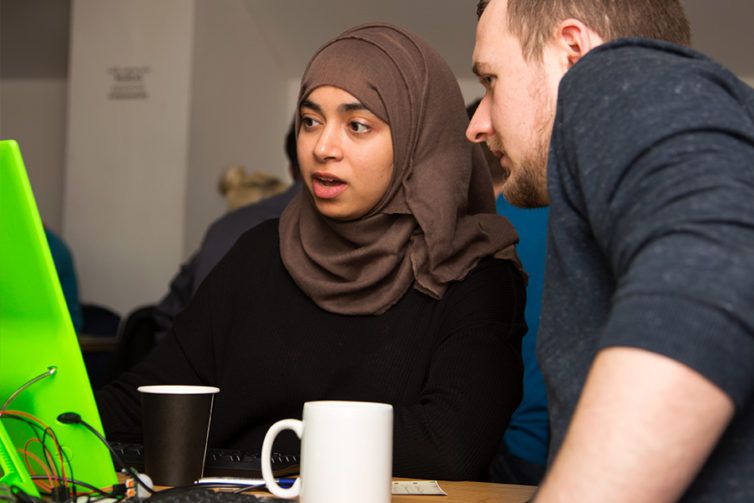 Being able to run the same piece of code a number of times can be really useful. Say you want to capture eleven names for a football team, or the lengths of the sides of a triangle. You can do this by adjusting the way you use a for loop.

To do something five times, you could create a for loop that looped for all the numbers between 0 and 4 by creating a list of those numbers, for example:

However, this is very restrictive. It will only ever be able to loop five times, and what happens if you want to do something a million times? It wouldn’t be feasible to create a list with every number up to 1,000,000.

To overcome this issue, Python has a function called range that will create a list of numbers for you.

By using range we can simplify the example program above:

You will now use a for loop with range to create a program that will loop for a set number of times, asking the user for an item of shopping and then appending it to the shopping list variable.

The complete create_shopping program should now look similar to this: 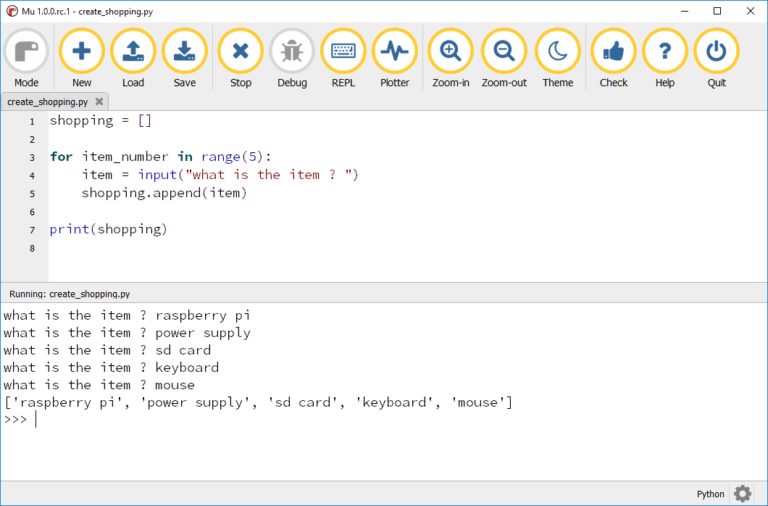 At each stage, the variable item_number will contain the number of the times the program has been around the for loop, starting at 0 and going up to 4. Let’s make this more apparent. 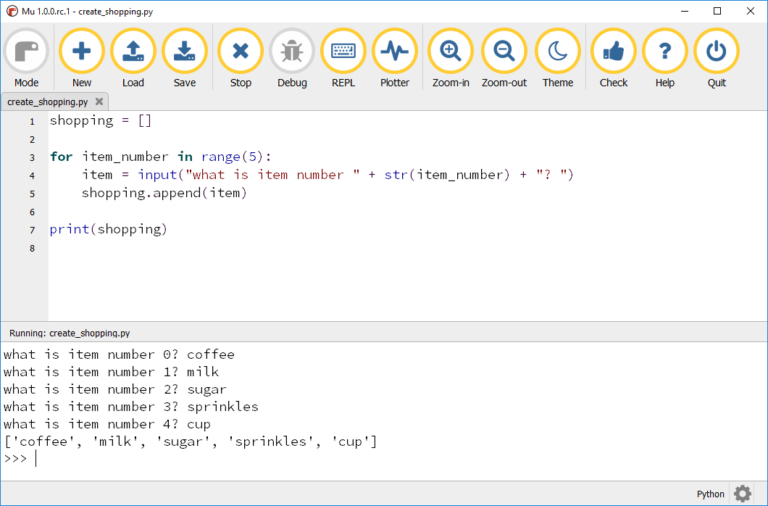 Reflect: Make sure that you can explain in your own words what each line of code does here. You may want to work through what’s going on in the program on paper, making sure to increase item_number for each iteration of the for loop.

At the moment, your program will only ever collect five items of shopping. What if you have more items, or fewer? In the next step you will change the program so that it starts by asking the user how many items of shopping they need, and uses that number in the for loop.

Note: Rather than creating a new variable to hold the how_many integer, called, for example, how_many_number, you have cast the how_many variable back to itself. You no longer need the string variable how_many so you may as well overwrite it with an integer variable!

Your program should now look similar to this: 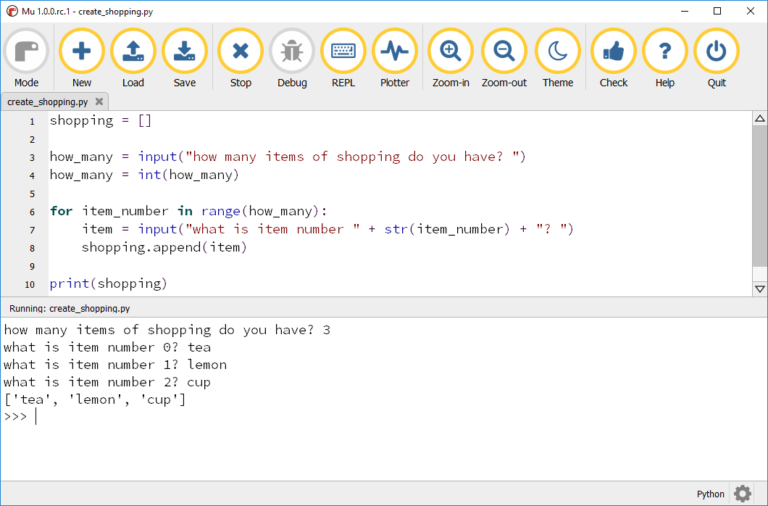 You have now learnt how to use a for loop. We will look at other forms of looping next week.