The American Declaration of Independence

Do you want to know more about the American Declaration of Independence? Find out how it became a powerful symbol in with global ramifications. 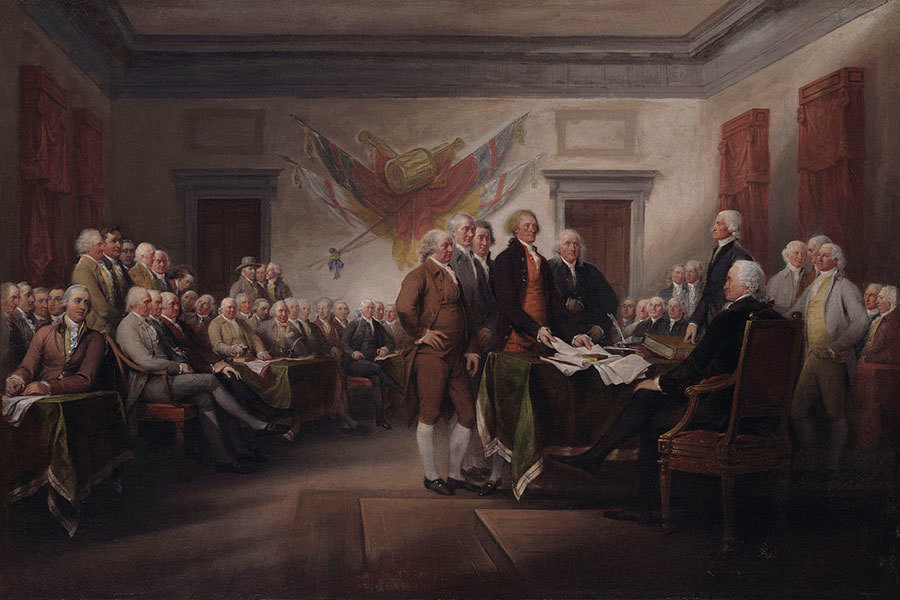 The American Declaration of Independence, signed on 4th July 1776, became a powerful symbol in this age with global ramifications. It provided the model for similar declarations of independence around the world that declared the independence of other peoples and states.

When Thomas Jefferson, who was one of the principal authors of the declaration, died in 1826, it had been joined by more than 30 other declarations of independence around the world. These documents were from northern and southern Europe, from the Caribbean, from Central America and from South America. None of those documents would have existed without the American Declaration of Independence, and that goes for all the other declarations of independence that followed. At the present time, more than one half of the countries represented at the United Nations have a document that they call a Declaration of Independence. The very model for those declarations was invented in the June and July of 1776. The authors of the declaration did not mean for it to have a global significance, but this is what happened, even in the lifetime of the authors.

Explore the Declaration of Independence. You might already know the line, “all men are created equal”, but what about women? What other lines of the declaration are well known or important? Share your thoughts in the discussion below.