Because they’re not so obvious, invisible disabilities can often be misunderstood. 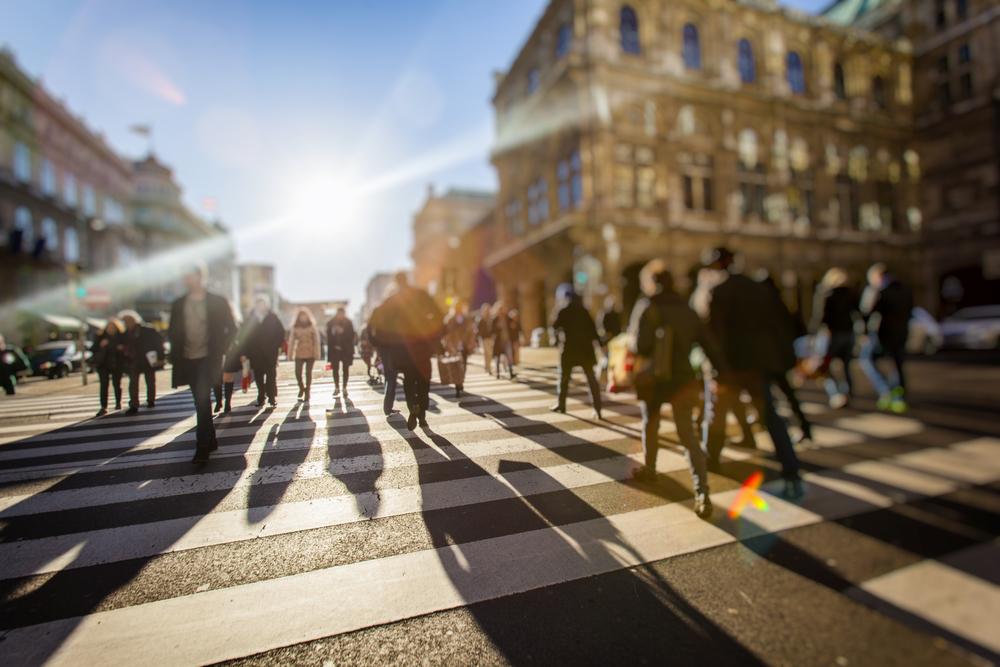 Because they’re not so obvious, invisible disabilities can often be misunderstood. Not everyone with a disability uses a wheelchair, hearing aid or other assistive device. Considering depression is the largest single cause of disability worldwide, we must also look past physical appearances to consider other types of impairments faced by people in the workplace and our wider society.

Karen was not functioning well at work. Her colleagues were noticing she was having a lot of time off and not meeting her deadlines. Karen would often comment on how tired she was and how much pain she was in at times, but no one could relate to what she was saying. From an outside perspective, she looked great. Karen was always well groomed and fashionably dressed. She was also single. Having no responsibilities for children or a relationship, no one could understand her ‘tiredness’. She wasn’t taking medication or seeing a physical therapist, so people generally wondered ‘how bad could it really be?’ Her work colleagues weren’t showing empathy at all. Instead, they were highly skeptical and unsupportive.

So, what was happening?

Karen had Chronic Fatigue Syndrome. She was worried about disclosing her condition to her employer, concerned the stigma of it would prevent her from being considered for future promotions. She was not coping and her job satisfaction was very low.

Trust and understanding won the day. When the situation reached breaking point, Karen requested a meeting with her manager. Together, they negotiated a change to her work hours. As mornings were much worse for Karen, her new work day began at midday and she worked until early evening. Also, a ‘rest day’ every second Wednesday was negotiated. Instead of trying to maintain standard hours, at the expense of her health and job satisfaction, the new agreement became sustainable. With a flexible arrangement, the employer reaped the benefit of retaining Karen’s knowledge and skill and Karen benefited from improved health, less stress and greater job satisfaction.

What ‘counts’ as an invisible disability?

View Course
The Invisible Disabilities Association (IDA, 2018) defines it as any condition that limits a person’s activities that is also invisible to the onlooker. Although they may not be obvious or even seen, the symptoms are very real. For example ‘debilitating pain, fatigue, dizziness, cognitive dysfunctions, brain injuries, learning differences and mental health disorders, as well as hearing and vision impairments’ (IDA, 2018). Invisible disabilities limit people’s daily activities in different ways and to different extents. They may also be impacting on a person’s life in combination with a visible physical impairment. The fact that they cannot be seen often leads to ‘misunderstanding, false perceptions and judgments’ (IDA, 2018). Can you think why? As humans, we tend to look first from the outside. Do you agree? When a person with an invisible disability looks physically OK, there’s an automatic assumption that they are doing OK in every other respect. As we all know, appearances can be deceiving. In the same way that society tends to underestimate the capabilities of people with visible disabilities, there is also a tendency to disregard the challenges when the disability is invisible.

Society can be fearful of what they can’t see. The solution is to raise awareness to improve understanding, however this is where the double edged sword comes into play. With invisible impairments, awareness is automatically low, simply because other people aren’t seeing evidence of it every day. So when it comes to improving support or better accommodating invisible disability, understanding is also usually low. What can we do to better support Invisible Disabilities?

Don’t be so quick to assume that someone is ‘fine’ or dismiss them as being ‘lazy’. There is usually a valid reason as to why you have noticed someone regularly being fatigued, in pain or behaving in a ‘snappy’ manner at certain times of the day.

Because of the stigma associated with disability, we must recognise the fear associated with disclosure. When someone does share the details of their condition, this conversation needs to be met with understanding and support, not fear and judgment.

Remember, anyone may have some specific needs for flexibility in the workplace. Employers are increasingly becoming aware of the benefits of accommodating these requests. When everyone in our society can participate fully, we all benefit. To support invisible disability we need to find out what it is that people really need, acknowledge the validity of these needs and follow through with the right support. Remember, individuals are the experts on their own conditions and needs, so listening is key.

There are many invisible disabilities, such as Rheumatoid Arthritis, Dyslexia, Diabetes and learning disabilities to name a few, however mental illness affects many people in our society. You might be surprised by the World Health Organisation’s (2017) global mental disorders statistics:

Have you ever made assumptions about someone with an invisible disability? Reflecting on your knowledge or personal experiences, we’d like to hear your thoughts and stories. Use the comments link to make your post and join the discussion.