Sound waves change air pressure, and both methods require a microphone that translates the changes into electrical signals

Sound waves change air pressure. These changes are the basis for recording sound with analogue or digital methods, both of which require a microphone that translates the changes in air pressure into electrical signals.

In a dynamic microphone like the one pictured below, sound waves enter through the microphone head, and the changing air pressure forces the diaphragm and metal coil to move back and forth past the magnet.

This creates a varying voltage in the coil: an electrical signal. Analogue and digital recording methods process this signal in different ways. 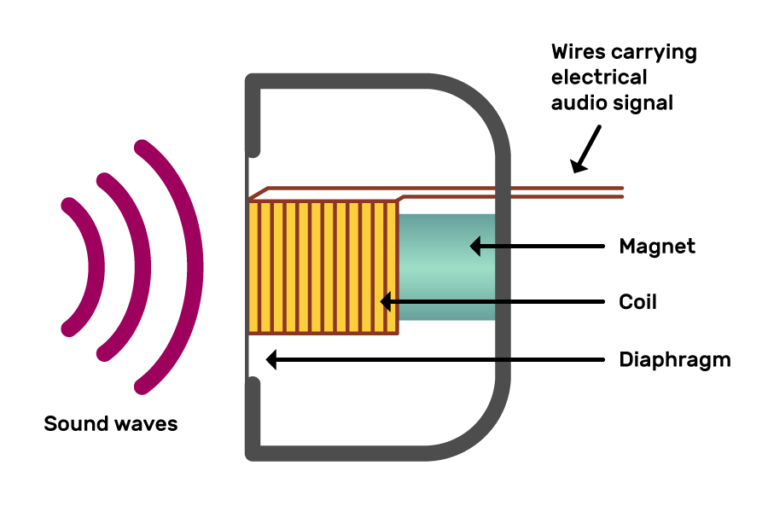 Analogue recording through the ages

Analogue recording dates back to 1877 when Thomas Edison (pictured below), creator of the lightbulb, invented a mechanical machine called the phonograph, which produced and recorded sound. 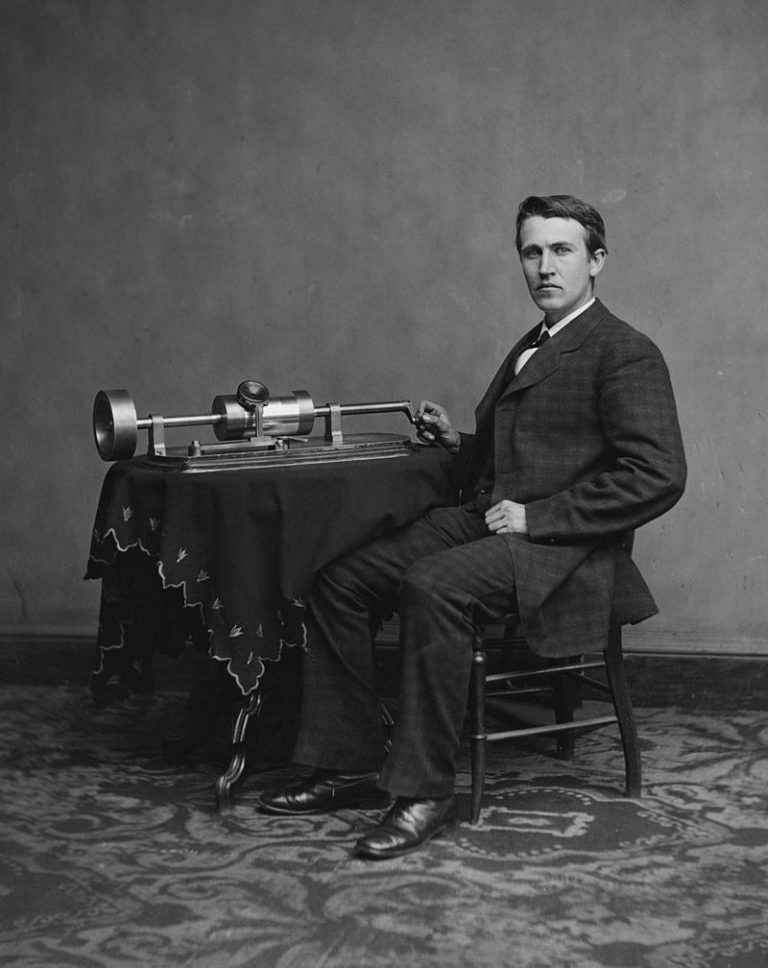 Ten years later, Emile Berliner (pictured below) created the gramophone to improve upon the storage capability of the phonograph, which wore out its storage media very quickly.

The storage medium Berliner invented was similar to a vinyl record. 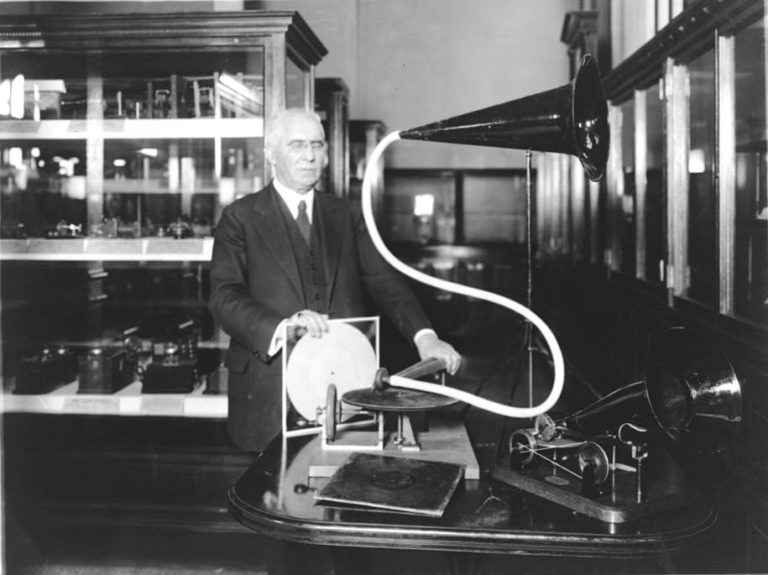 These inventions could store sound recordings, but because storage media was physically changed during the recording process, the recordings were nearly impossible to edit.

In addition, playing back sound also changed the storage media, so each storage medium was viable for only a limited number of playbacks before it was too damaged to read.

In the 20th century, Fritz Pfleumer’s invention, the magnetophone (pictured below), overcame these limitations by using magnetic tape as a storage medium. The magnetophone encoded the electrical signals from the microphone via a process of magnetisation, and reading the magnetic tape to play back sound did not damage the tape.

In addition, tapes could be edited through the process of splicing: a metal blade cut the tape, and sections of tape are joined together. 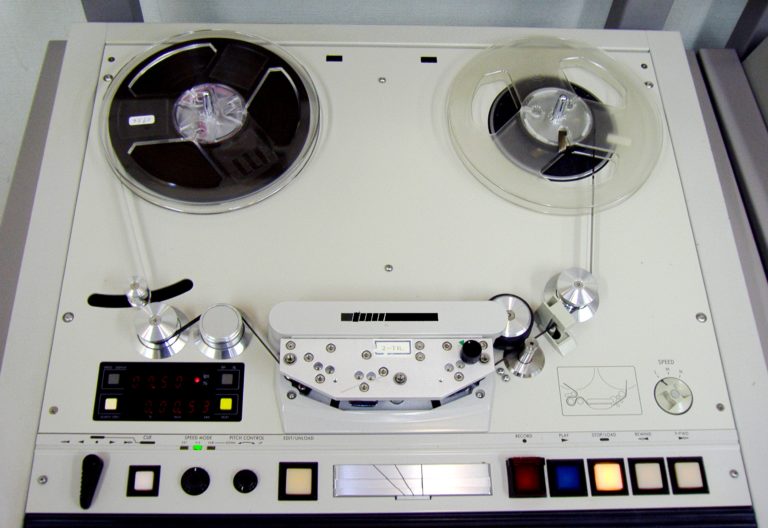 An analogue sound recording is stored safely on a mechanical device, disk, or magnetic tape, and we can easily convert the analogue recording back into sound. Computers, however, don’t understand analogue and need another way to process sound.

In the electrical signal from a microphone, the voltage changes depending upon changes in air pressure (i.e. the sound waves).

A computer converts these changes in voltage into a digital signal using an analogue-to-digital converter (ADC). The digital signal is stored in the form of binary numbers.

Possible classroom project: you can easily create an ADC by adding a small chip to a Raspberry Pi. 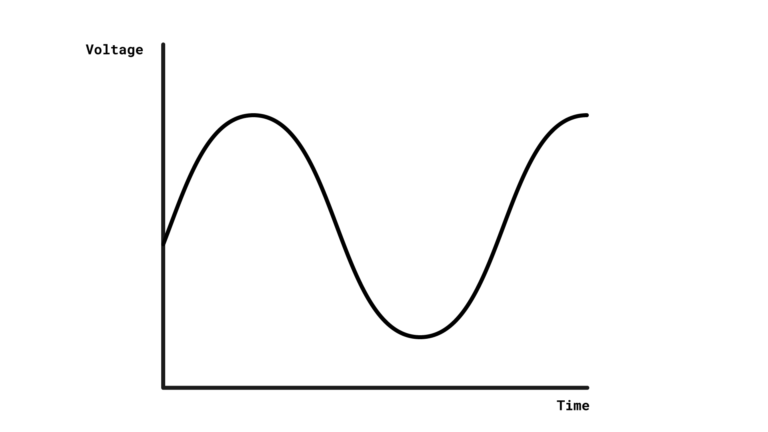 The resulting binary numbers are available for the computer to:

You may have heard the term ‘high fidelity’ in the context of stereos or CD players, where it’s often abbreviated as hi-fi. The term refers to the quality at which sound is recorded or played back.

To produce enough data for a high-fidelity digital sound recording, the computer needs to check the electrical signal coming from the microphone many thousands of times per second. This process of checking is known as sampling.