How did the emperors ensure their popularity in ancient Rome? Find out how emperors appealed to the masses through entertainment architecture. 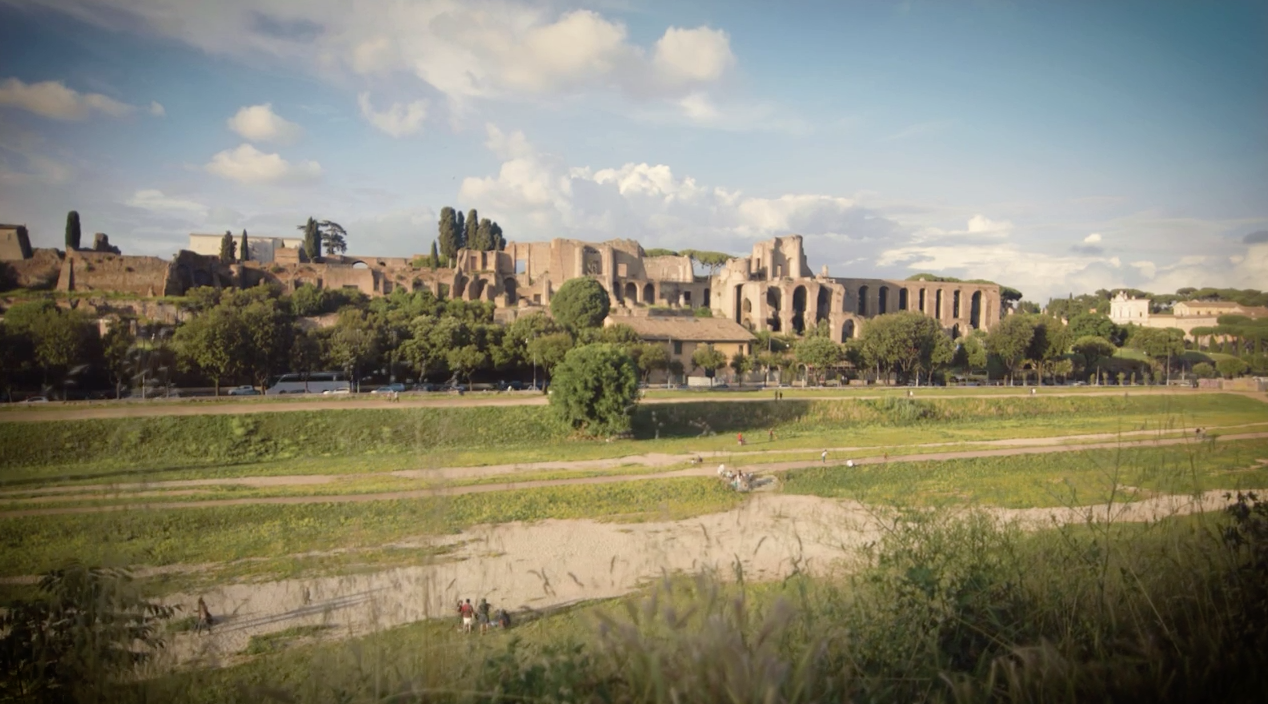 But what about Remus’ mob? They follow fortune, as always … they discarded their responsibilities long ago … for the people who once handed out power, political office, command of the legions, everything, now holds itself in check and anxious hopes for only two things – bread and circuses.
Juvenal, Satire 10, 72 – 81.

We encountered Juvenal as a satirist of urban life in Rome when we looked at the city’s high-density apartment buildings. Here, in a famous passage, written around the turn of the first to second centuries AD, he summarises the decline of the once-proud Roman people into a self-interested mob of urban parasites. During the Republic, the Romans had control (through elections) of political and military office. In Juvenal’s time under the emperors, the ‘mob of Remus’ (implying the common folk of Remus’ Aventine, not the proud stock of Romulus) no longer concerned itself with such matters, as long as the supply of cheap food and entertainment was guaranteed by its imperial masters.
We could debate the fairness of Juvenal’s scathing self-criticism: had the Roman people ever exercised quite that degree of lordly sovereignty? Was life really better in a simpler past than in Juvenal’s modern city, with its markets full of exotic imports, flowing aqueducts and lavish baths? But overall his characterisation of the emperors’ bargain with the Roman people – free or subsidised food and entertainment in return for political obedience – has a ring of truth to it. We’ve already encountered details about the city’s food supply, and the grain dole or annona that formed half of this bargain. What of the ‘circuses’?
Juvenal really meant the complete package of urban entertainment  – chariot racing, but also stage plays, athletics games, bathing, gladiatorial combats and beast hunts. Let’s begin with the ‘circuses’ he mentions by name. 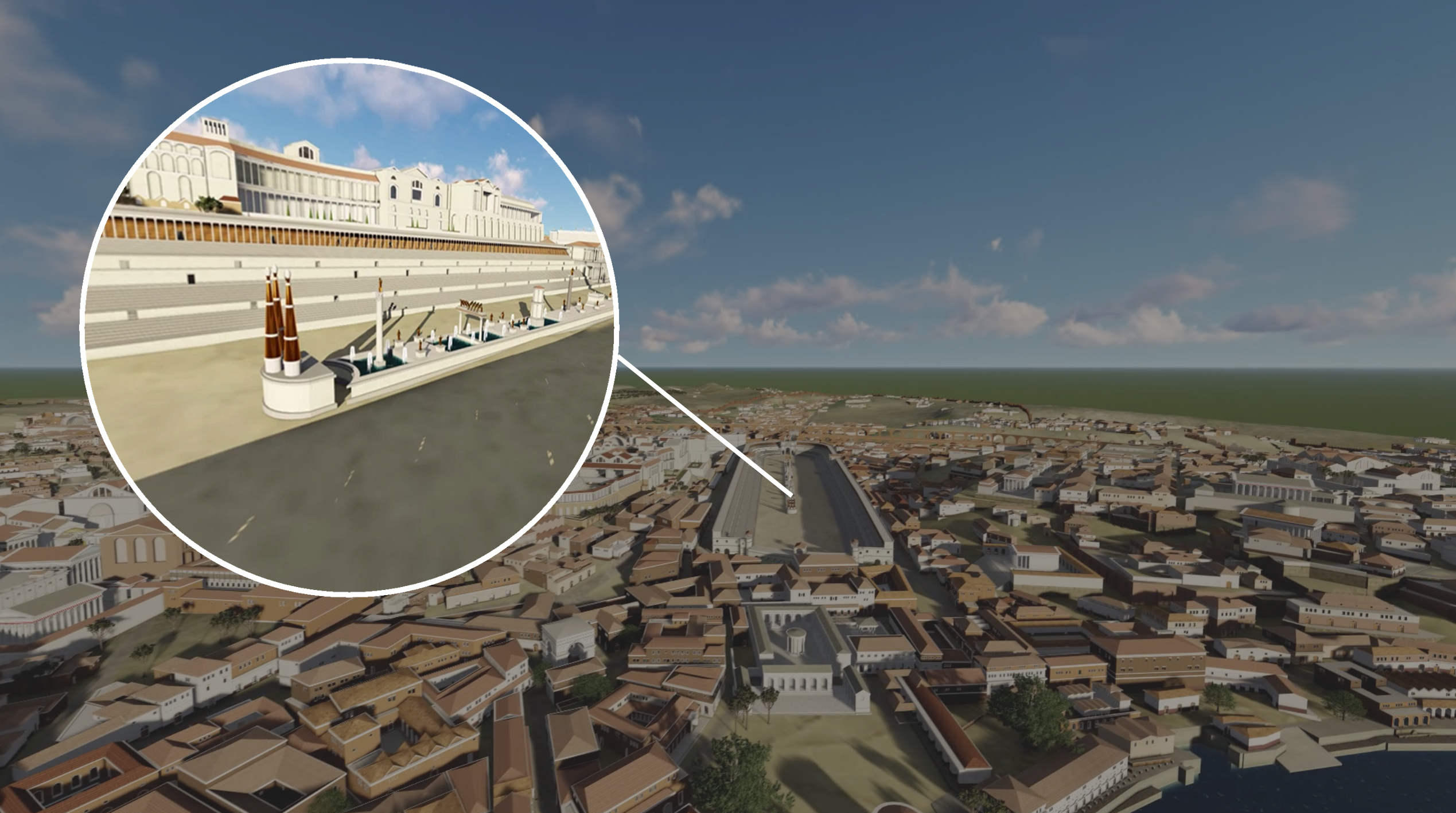 Figure 1: Digital reconstruction of the Circus Maximus, with detail of the decorated spina

As mentioned in the video, the prime location for chariot racing in Rome was for many centuries the Circus Maximus, located in a long thin valley between the Palatine and Aventine Hills. The historian Livy attributes the layout of the first stadium there, to one of Rome’s legendary early kings, Tarquinius Priscus (conventional dates: 616-578 BC):

It was then [after a victory in war] that a site was designated for the circus that is now called Maximus. Spaces were divided up for the senatorial and knightly orders where they could each make seats for themselves; these were called ‘rows’ … the entertainment was horses and boxers, mostly imported from Etruria.
Livy, 1.35.

The approximate date and royal Etruscan origins of circus entertainment in Rome may be about right; certainly chariot racing had a long history at Rome, and it was an extremely expensive sport, strongly associated in both the Greek and Roman worlds with aristocracy and royalty.
Various upgrades to the Circus Maximus are attested over the centuries. Pliny and Suetonius record a major update by Julius Caesar, motivated partly by a worrying occurrence at the games of his rival Pompey in 55 BC:

… [the elephants] all tried to make a break for it in a group through the iron railings that enclosed them, causing some trouble to the crowd. Because of this later on Caesar, when he was about to put on a similar show during his Dictatorship (in 49 BC), surrounded the arena with a canal, which the emperor Nero removed when adding special seats for the knights.
Pliny, Natural History 8.1.21.

The story reminds us that it wasn’t just chariot racing that went on in the Circus. Any spectacle that needed a large arena and plenty of seating, like Caesar’s show of exotic elephants, might use it. The Circus was also on the route of the triumphal processions of victorious generals and emperors.
Chariot racing was the main event, however, and Rome’s emperors continually upgraded the circus to show their support of this hugely popular form of entertainment. The historian Dio tells us that Agrippa installed lap counters in the Circus in 33 BC, to help people keep track of how many circuits had been completed. Augustus added the huge granite obelisk that now stands in the Piazza del Popolo, moved there by Pope Sixtus V in a complicated engineering project in 1589. Suetonius tells us that Augustus was always careful to seem interested in the games to preserve a man-of-the-people air:

Whenever he was there he did no other business, whether because he wanted to avoid the accusation he recalled had been circulated about his father Julius Caesar, that while watching the games he had spent his time reading and answering letters and petitions, or because he had a real enthusiasm and pleasure in watching.
Suetonius, Life of Augustus 45.

Augustus, who posed as a stern moral traditionalist, would not have approved of the way the contemporary poet Ovid was using his Circus. Here’s the passage I referred to in the video, where he mentions the circus as a venue for romantic opportunities:

Don’t let the racing of the noble steeds pass you by: The Circus with its crowds offers lots of opportunity. There’s no need for a special finger signal to pass your secrets Or a nod by which your meaning can be understood: Just sit down next to your mistress – there’s nothing to prevent it – Squeeze your side up against hers as far as you can: It’s good that the rows of seating force you up against her, like it or not, Since the rules of the place push the girl within touching distance… Earnestly enquire whose horses are coming, And without delay, whichever one is her favourite, make it yours too…
Ovid, The Art of Loving, 1.135-146

The Circus Maximus was Rome’s largest Circus – holding around 250,000 spectators and perhaps the largest sporting arena ever built – but it was not the only one. The emperor Maxentius, for instance, built a smaller but much better preserved circus as part of a funerary complex out along the Appian Way. This was an extension of the Roman funerary tradition which, as you saw, invited commemoration of the dead by the attention of the living at their tombs.The emperor Domitian built another circus-shaped 30,000 seater stadium in the Campus Martius, opening it in time for his new games in honour of Jupiter Capitolinus in AD 86. This stadium gave its shape to the modern day Piazza Navona. We imagine various sorts of athletics events happening there, but it must also have been used for bloodier entertainment; Borromini’s baroque Church of St Agnes on the modern piazza commemorates the saint’s martyrdom there in a Roman public execution.You can view the Circus Maximus in Rome in our 360° panorama picture.Please note: this link takes you to the external site ‘Panellum’.
© University of Reading

Hi there! We hope you're enjoying our article: Circuses in Ancient Rome
This article is part of our course: Rome: A Virtual Tour of the Ancient City