In this article, find out the purpose and function of ancient Roman entertainment structures such as the Theatre of Pompey and Theatre of Marcellus. 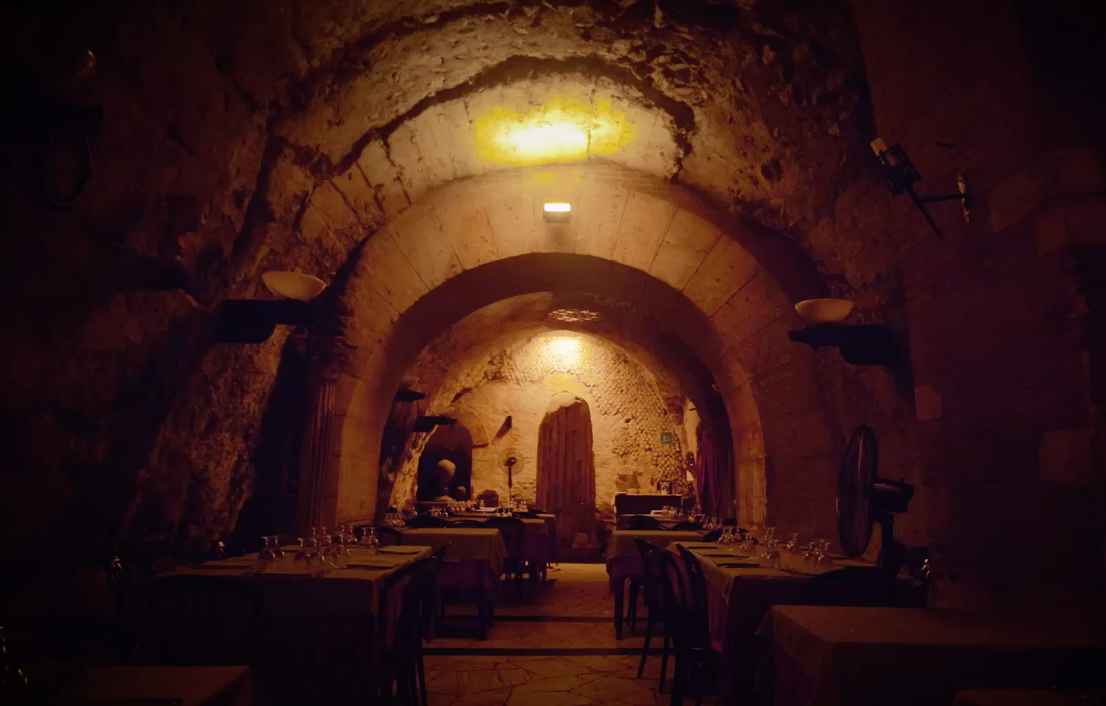 Stage entertainment had a long history in Rome. The earliest Latin literature that we know of are the scripts of stage plays, translated from Greek models for a Roman audience in the third century BC by men like Livius Andronicus and Plautus. Romans were used to theatrical entertainment in the mid republic, then; it was one more cultural import from the Greek world that Rome was conquering. If Roman moralists disapproved of the world of the stage, with its disreputable actors, air of unreality, and potential to whip up a crowd’s emotions, the Roman people by and large ignored their warnings. Theatre could of course be political, as Cicero recognised, with the audience applauding lines with a pointed political reference, and cheering or booing prominent figures in the audience:

Since I have made mention of entertainments, I will not omit to say that in all the great variety of stage sayings, there was never a point, at which something said by the playwright seemed relevant to our own times, which either escaped the notice of the people as a whole, or which the actor himself failed to bring out.
Cicero, Pro Sestio 55.

It was partly this damaging political potential that caused Roman politicians (including Cicero) to be suspicious of the theatre crowd, and reluctant to grant permission for permanent theatres in the city. For centuries, only wooden theatres and amphitheatres were permitted.
The first permanent stone built theatre at Rome is mentioned in our film, and seen in some detail in the digital reconstruction video. This was the Theatre of Pompey, named after the great late Republican politician who had built it. Pompey was a sometime ally, then rival, of his younger colleague (and, for a while, father-in-law) Julius Caesar. His stellar career rested on military success that propelled him to high political office at a very young age. He won a triumph in 61 BC, his third, for a series of eastern victories that substantially rearranged the map of the eastern Mediterranean, and brought Pompey enormous personal wealth. He now wanted to make a permanent mark on the city that would help cement his standing there, an act typical of grandstanding politicians in the unstable last decades of the republic.
Traditionally, triumphing generals had built relatively modest temples to their patron gods in the Campus Martius – we encountered some at the Largo Argentina in Step 2.4 – but Pompey wanted something more crowd-pleasing and spectacular. He decided on a theatre built on an enormous scale but, as the story goes, made a gesture towards conservative Roman morals that might be interpreted as either respectful or scandalously transparent. The Christian writer Tertullian’s outraged condemnation of Roman entertainments adds extra spice here:

Pompey the Great, a man second only to his own theatre, when he had constructed that citadel of all the vices, fearing that the censors might one day criticize his reputation, added a temple of Venus on top, and calling the people by a proclamation to its dedication, called it not a theatre, but a temple of Venus, ‘under which,’ he said, ‘we have put rows of seats for the shows.’ Thus he dressed up this damned and damnable work with the name of a temple, and eluded the law by the aid of pagan superstition.
Tertullian, On Public Shows X

Pompey’s plan fooled no-one, but his theatre, and the enormous porticoed gardens behind it, proved very popular. Almost all of the building has vanished beneath the modern city now, but as you saw in the video it was so vast that its ghostly imprint can be traced in the run of the streets.
You also encountered the Theatre of Marcellus, and saw that this was part of a wider zone of urban improvements built by Augustus in the southern campus Martius. This theatre is much better preserved than Pompey’s. It currently stands clear of all the buildings around it, due (as is very often the case at Rome) to Mussolini, who stripped out all the later medieval ‘clutter’ to reveal the building within that his hero Augustus had built. 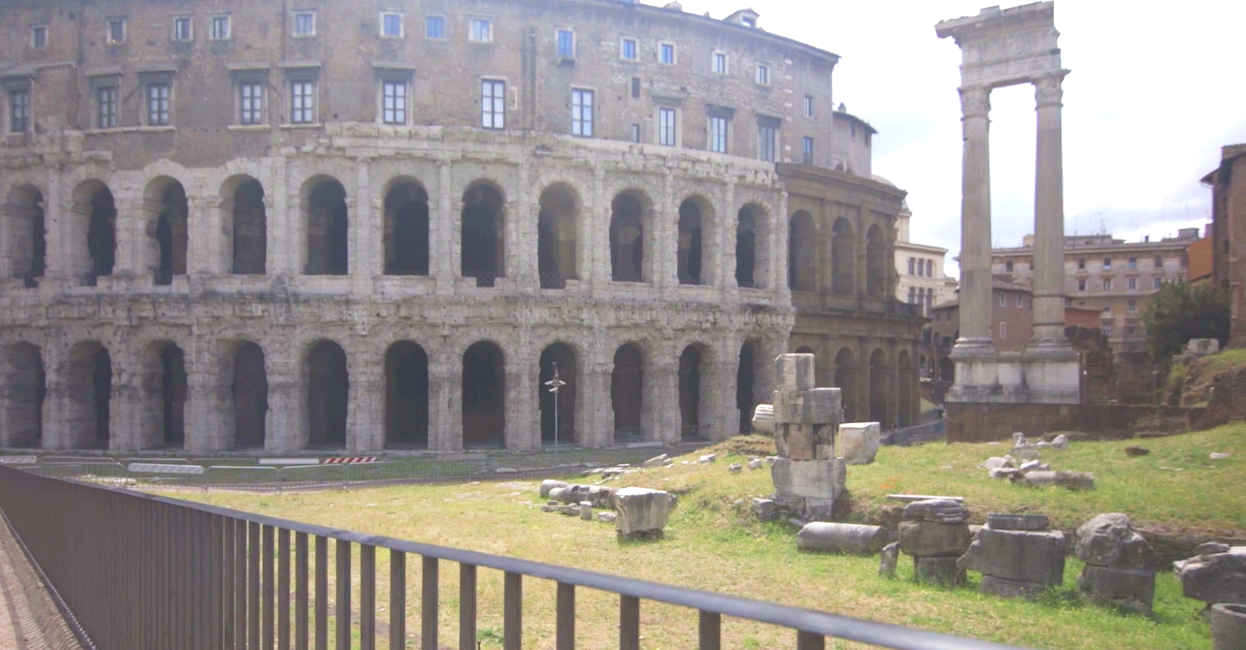 Figure 1: Apartment buildings in the remains of the Theatre of Marcellus. © University of Reading

A remarkable inscription giving the timetable of an important set of games laid on by Augustus in 17BC, shows how his new theatre formed part of a landscape of entertainment buildings in the Campus Martius– a part of Rome that had the flavour of a pleasure ground. The central events of this festival were a series of day and night time sacrifices and ceremonies in honour of Rome’s protecting gods, but Augustus added on some entertainments which included chariot racing, hunting, and Greek and Latin theatre entertainments. The detailed inscription gives us the dates, times, and venues for these: 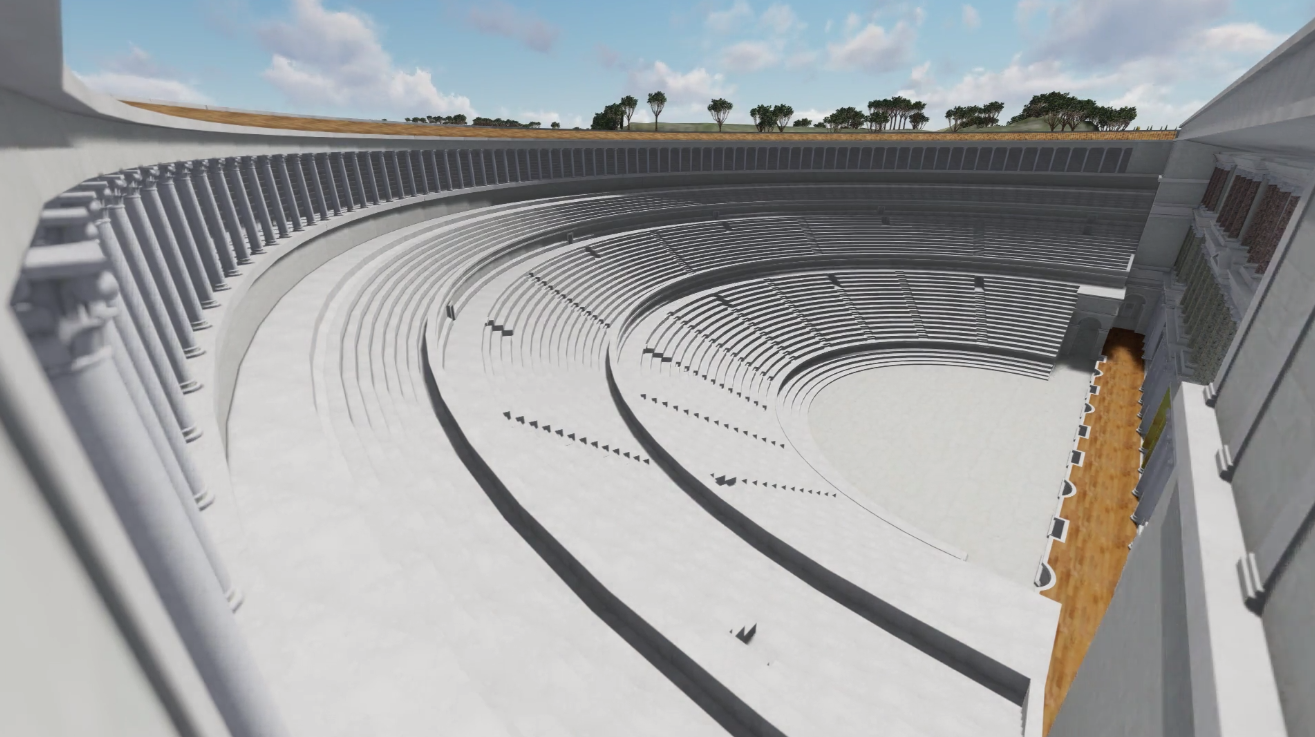 The dates in question are the 5 to 11 of June 17 BC, and the timings of the theatre entertainments (in our terms) run from about 7am in the Theatre of Pompey and from about 8.15am in the Theatre of Marcellus (Romans, without cheap reliable artificial illumination, used daylight hours as thoroughly as possible, getting up at dawn). We might imagine crowds of festival goers moving between Pompey’s great theatre, by this date an established part of the cityscape, and moving on to Augustus’ brand new Theatre of Marcellus, which in fact would not be finally completed and dedicated for another four years. Augustus was weaving the city’s entertainment architecture into a great civic pageant linking heaven, earth, city, and emperor.You can view the Theatre of Marcellus in Rome in our 360° panorama picture.Please note: this link takes you to the external site ‘Panellum’.
© University of Reading

Hi there! We hope you're enjoying our article: Ancient Roman Entertainment Structures: Purpose and Function
This article is part of our course: Rome: A Virtual Tour of the Ancient City