Skip main navigation
Home / History / British History / A History of Royal Food and Feasting / Who was in the line-up?

Who was in the line-up? 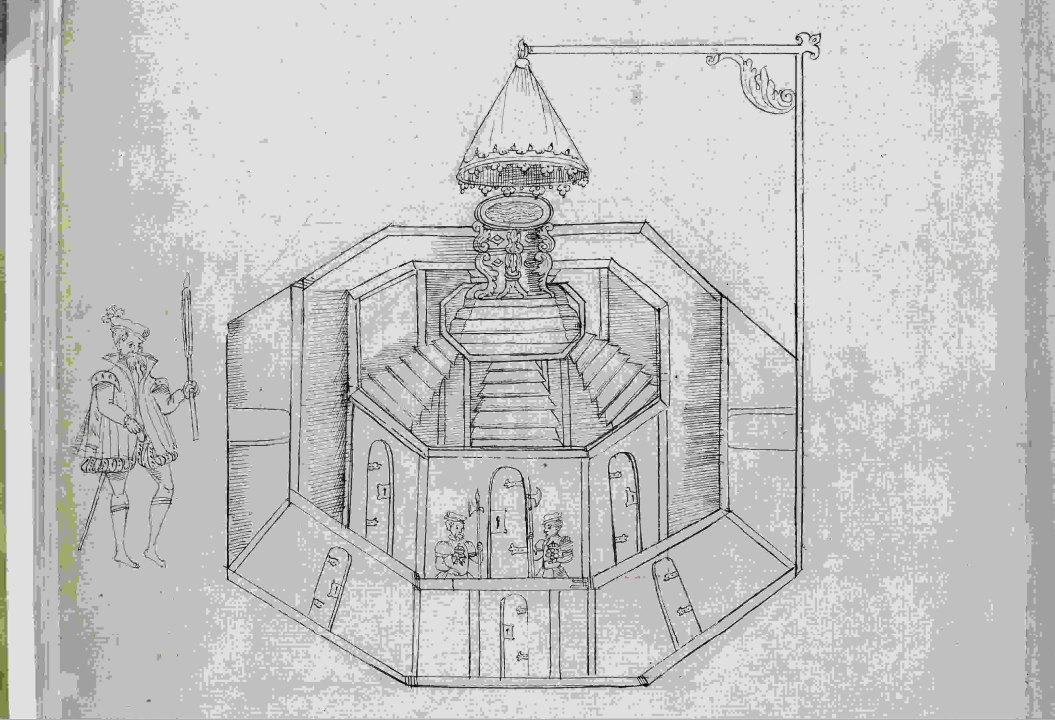 Figure 1 ©The College of Arms, London

The font, a temporary huge structure built for Hampton Court’s chapel, was designed to elevate the christening font so the courtiers could clearly see the ritual being performed. Henry VIII’s inventory includes:

“A font chased with men, beastes, and fowles, half gilte, with a cover gilte, poiz together cciiij [281] oz.’ 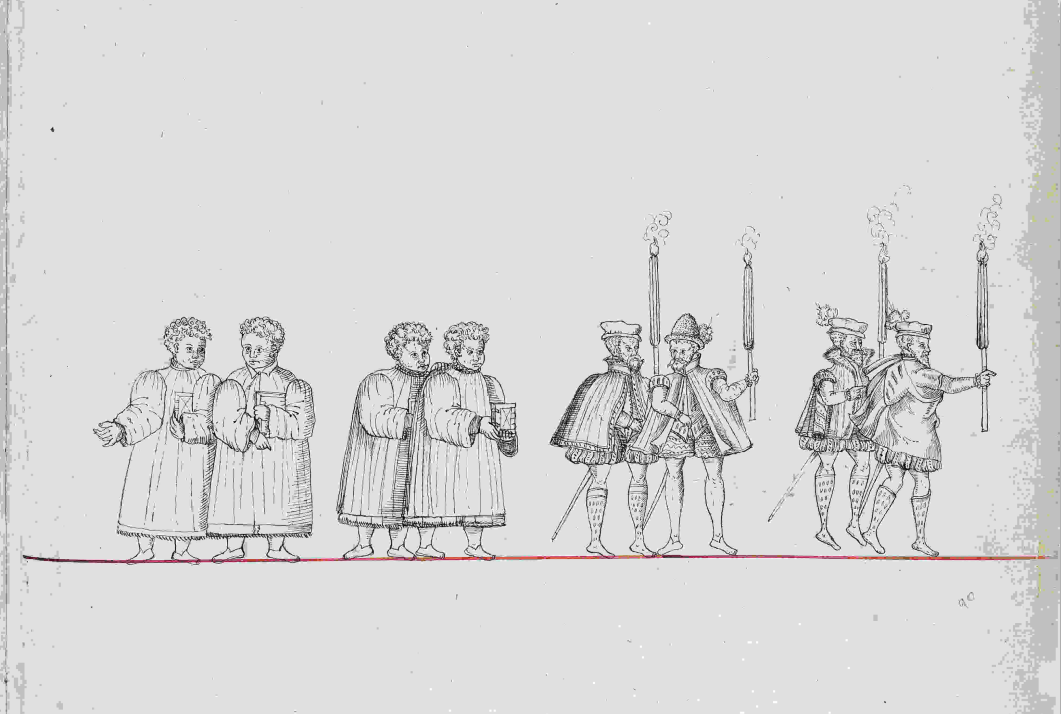 Figure 2 ©The College of Arms, London 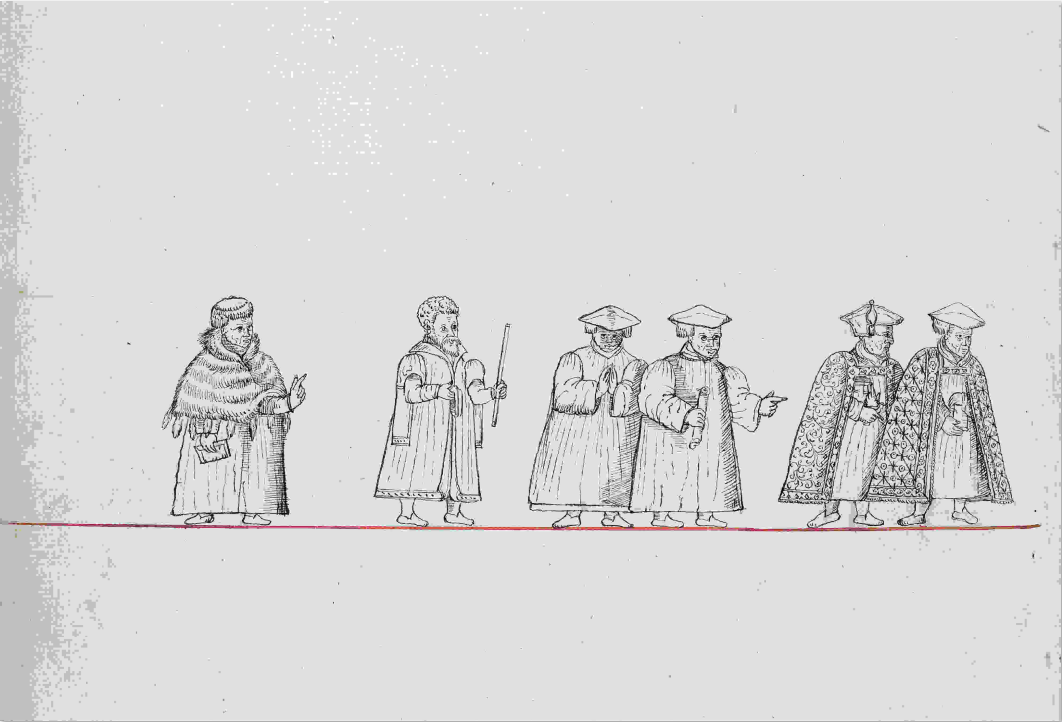 Figure 3 ©The College of Arms, London

The procession, or cortege, was led by 80 knights, gentlemen ushers and squires, walking two by two and carrying candles. Behind them came the staff of the Chapel Royal, the choir (four boys walking from the left of Figure 2), the dean and the chaplains. 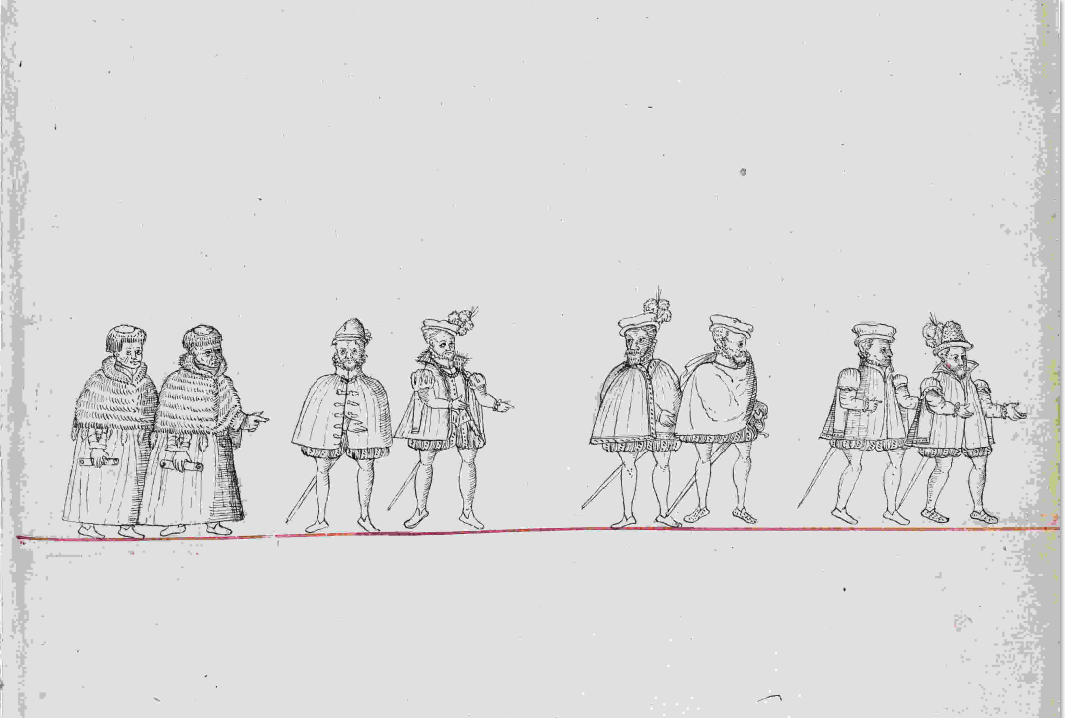 Figure 4 ©The College of Arms, London 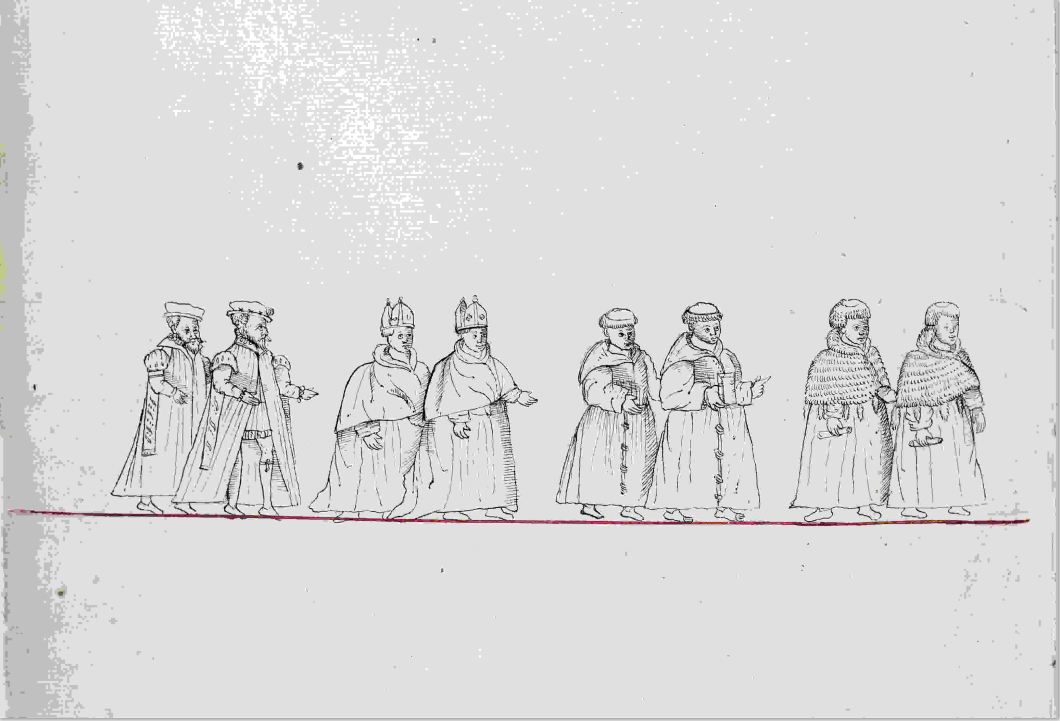 Figure 5 ©The College of Arms, London 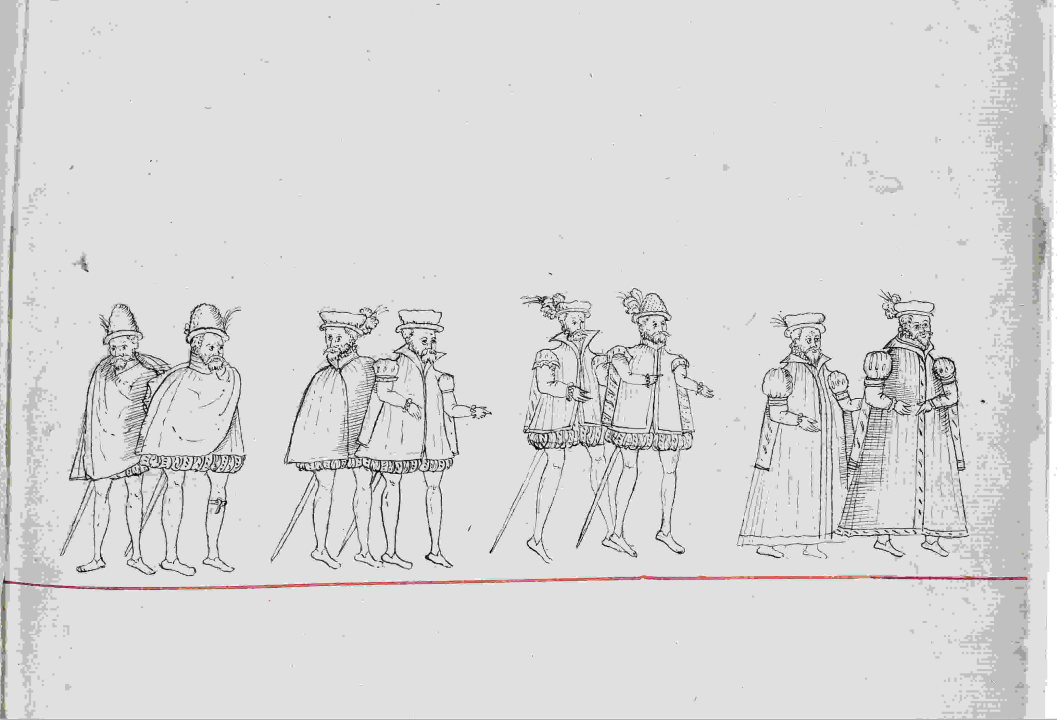 Figure 6 ©The College of Arms, London 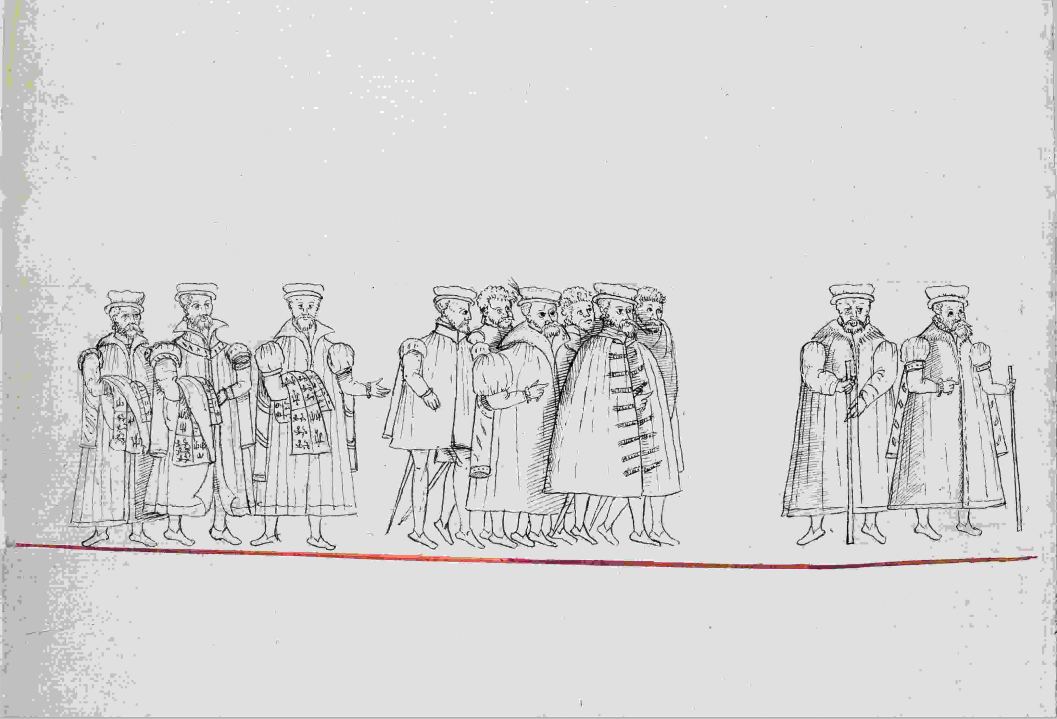 Figure 7 ©The College of Arms, London

The King’s Council followed, and the foreign ambassadors and their retinues. 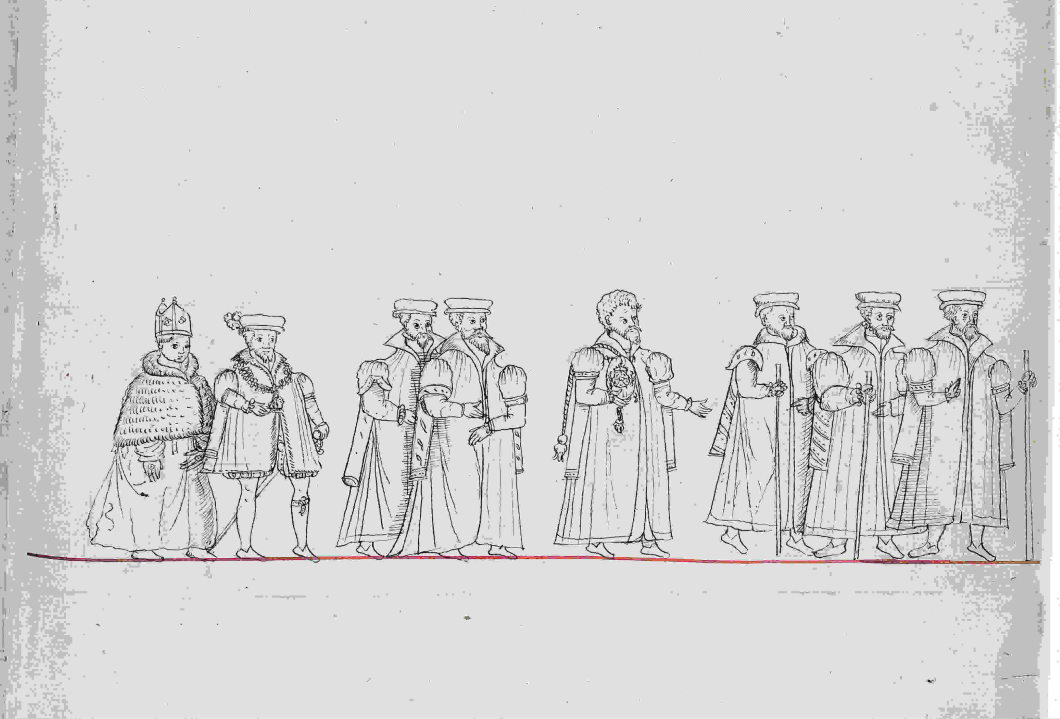 Figure 8 ©The College of Arms, London

In Figure 8, first from the left is Thomas Cranmer, Archbishop of Canterbury. 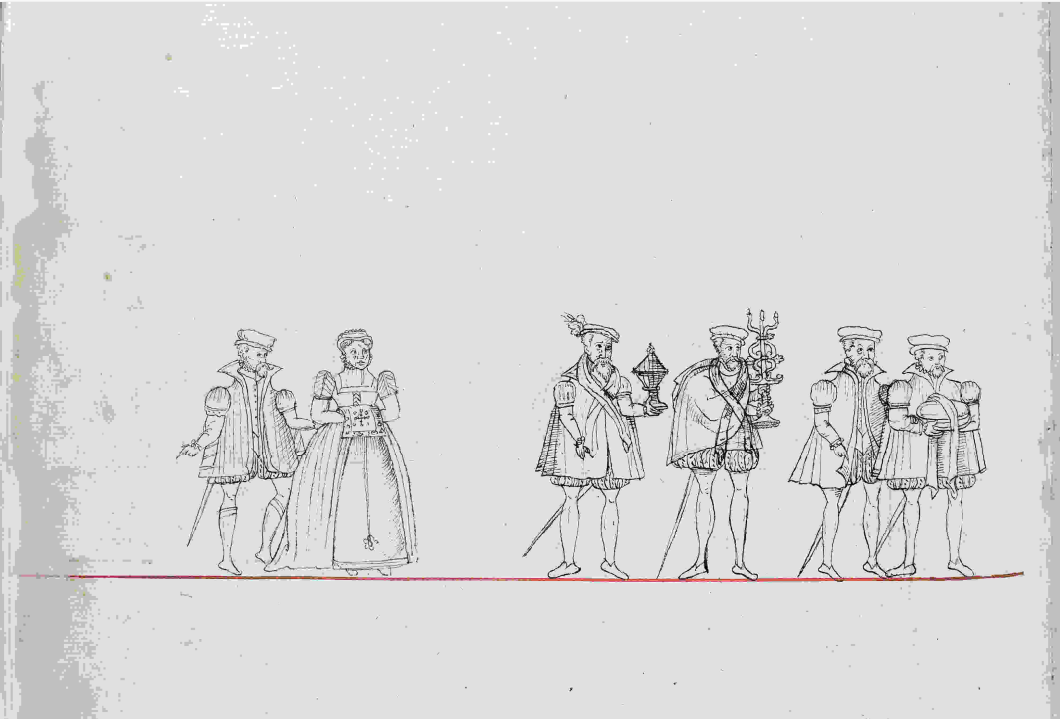 Figure 9 ©The College of Arms, London

Sixth from left is Henry Ratcliff, 2nd Earl of Sussex – carrying the basin and a towel which the godparents used to wash their hands. He is supported by the Lord Montague, standing next to him.
Following on, fourth from left is the Earl of Wiltshire, the father of the late Anne Boleyn, and third from the left is the Earl of Essex, both with towels draped about their necks. The former with an unlit candle and the latter, the Earl of Essex, carrying an ornate gold and bejewelled box of salt – ‘a Salt of gold richly garnished with pearl & stone’. Salt plays a part in the ceremony as an exorcism – driving out the evil spirits before the christening.
Next came Princess Elizabeth, second to the left, future Queen Elizabeth I, carried by two lords, one of which was Edward Seymour. Princess Elizabeth was around four years old at the time of the christening. This picture was drawn 30 years later, which is why she is depicted as an adult. 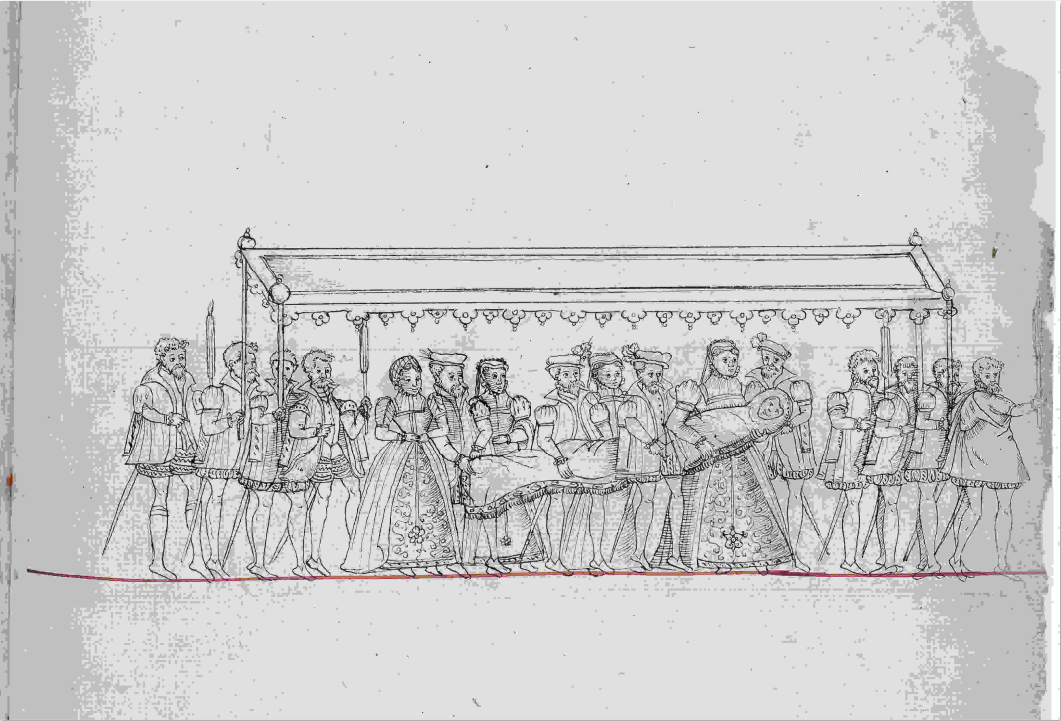 Figure 10 ©The College of Arms, London

Prince Edward followed. The new prince was clearly marked out as the centre of attention as he was carried to the Chapel Royal under a canopy of gold cloth, supported by six gentlemen of the Privy Chamber. Edward was carried on a cushion by the Marchioness of Exeter (who we met in Step 1.13) and assisted by the Duke of Suffolk. Edward’s christening robes trailed behind, carried by the Earl of Arundel. Following him were Edward’s nurse and the midwife. 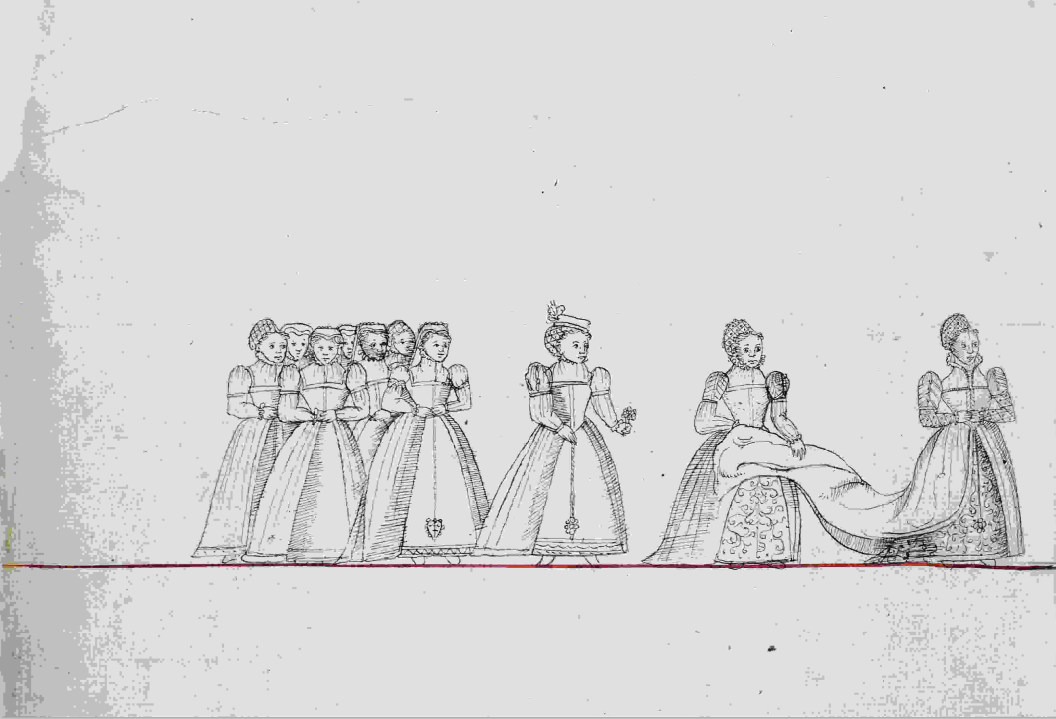 Figure 11 ©The College of Arms, London

Behind the canopy was the Lady Mary, Henry’s eldest daughter who was now 21, followed by her ladies and gentlewomen.Anne Boleyn had made Henry promise to never see his elder daughter, who had been declared a bastard when Henry’s marriage to Katherine of Aragon, was annulled. Now, with both Anne and Katherine dead, Jane promoted reconciliation between Henry and his daughter, and this was Mary’s first public appearance. It’s really a dramatic statement, even if she has to be referred to as ‘the Lady Mary’ and renounce her status as a princess. Mary’s presence was a triumph for the faction at court that favoured a return to Catholicism.In the Chapel Royal, the prince was crowned ‘Edward, son and heir to the King of England, Duke of Cornwall and Earl of Chester’, but where were the royal couple? Strangely, but according to protocol they did not partake in either the procession or attend the christening itself. With Mary and Elizabeth supporting his train, he was carried back to the Queen’s apartments where his proud parents were waiting to greet him.The christening procession was recreated in 2015 as part of the 500th anniversary of the building of Hampton Court. The celebration was also part of a BBC programme with Lucy Worsley and David Starkey called Britain’s Tudor Treasure: A Night at Hampton Court. You can view a short clip of this on the BBC website. Please note, unfortunately this clip is only available for UK viewers.
© University of Reading and The College of Arms, London

Hi there! We hope you're enjoying our article: Who was in the line-up?
This article is part of our course: A History of Royal Food and Feasting