This article gives a little insight into the Kew Palace kitchens and how the royals were catered for. 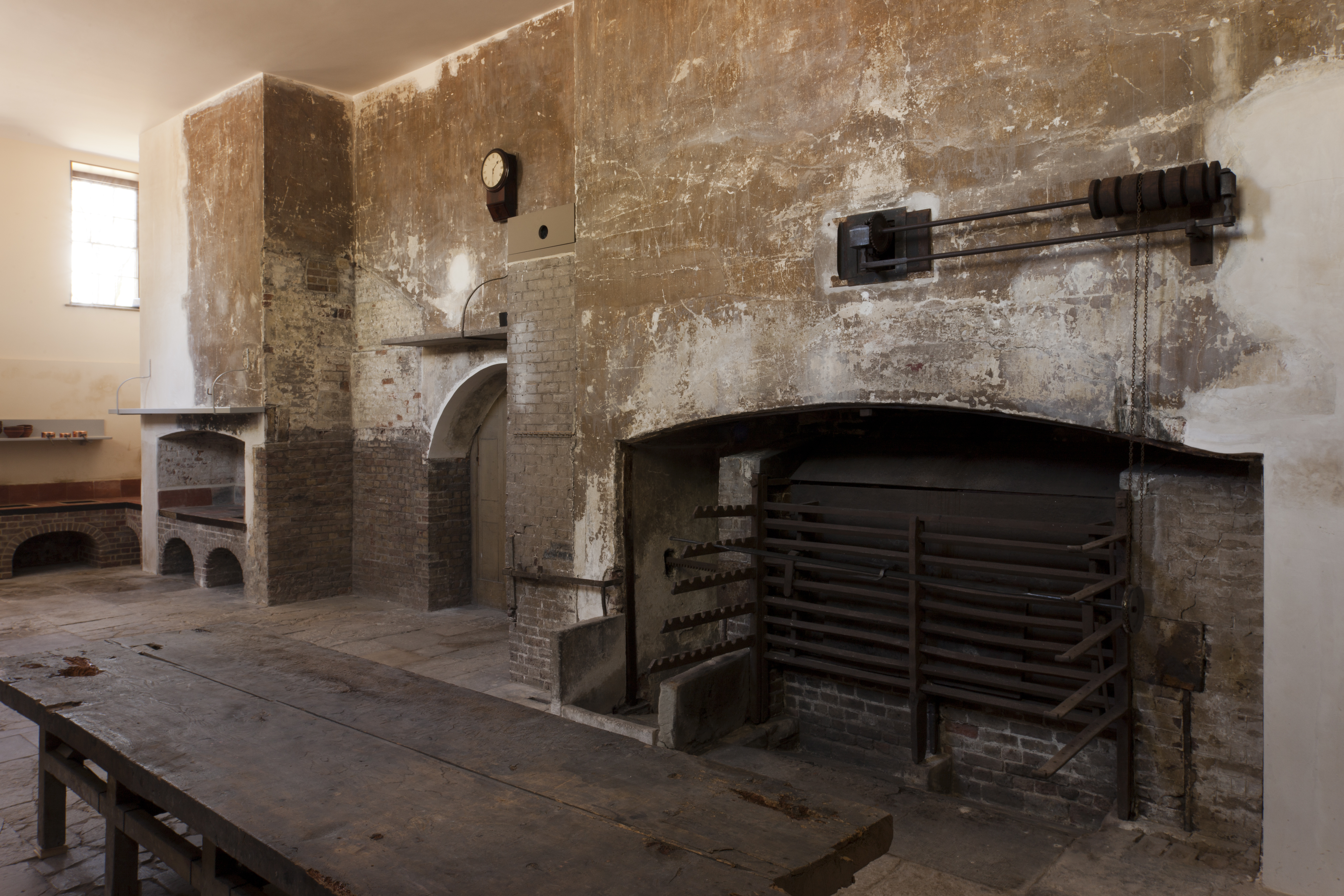 The Royal Kitchens at Kew provide us with a wonderful insight into how the royal family was catered for when they visited. The kitchens lay abandoned from the death of Queen Charlotte in 1818 until 2012, when they were re-opened following a huge conservation project by Historic Royal Palaces, which restored them to their former glory. The kitchens were originally built to serve the White House, the residence of George III’s father, Prince Frederick, which once stood opposite Kew Palace. They were located in a separate building away from the house, in order to keep unwanted smoke and smells at a distance, and to lessen the risk of fire. Although the White House was demolished during George’s reign, around 1802, the kitchens lived on to service the Kew Palace (previously known as the ‘Dutch House’), characterised by its red painted brickwork. 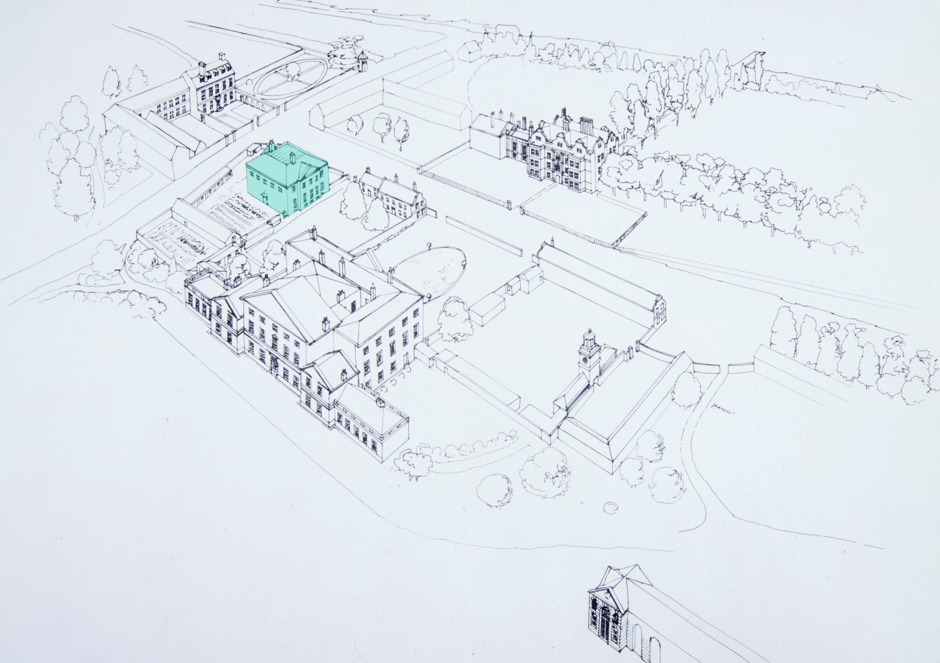 Figure 1: A recreation of the White House with the kitchens and Kew Palace (kitchens highlighted)

The kitchens were designed in fine Georgian style by one of the greatest architects of the day, William Kent. But despite this, for much of the year they were shut up, only being used when the royal family came to stay at Kew at weekends or to escape the bustle of London during the summer months. Its position near to the river meant that equipment could be sent up from London by barge, and the servants would set to work lighting fires, washing and cleaning to make them ready for the family’s arrival.
However, from 1788 onwards the King stayed more frequently at the White House, and later at Kew Palace, and so the building became permanently inhabited for long periods. A larger kitchen was planned, but the building was never finished, so this kitchen survived. With the death of Queen Charlotte in 1818, no member of the Royal Family came to stay for more than the odd night, and so the kitchen was left, unused and unoccupied until very recently. 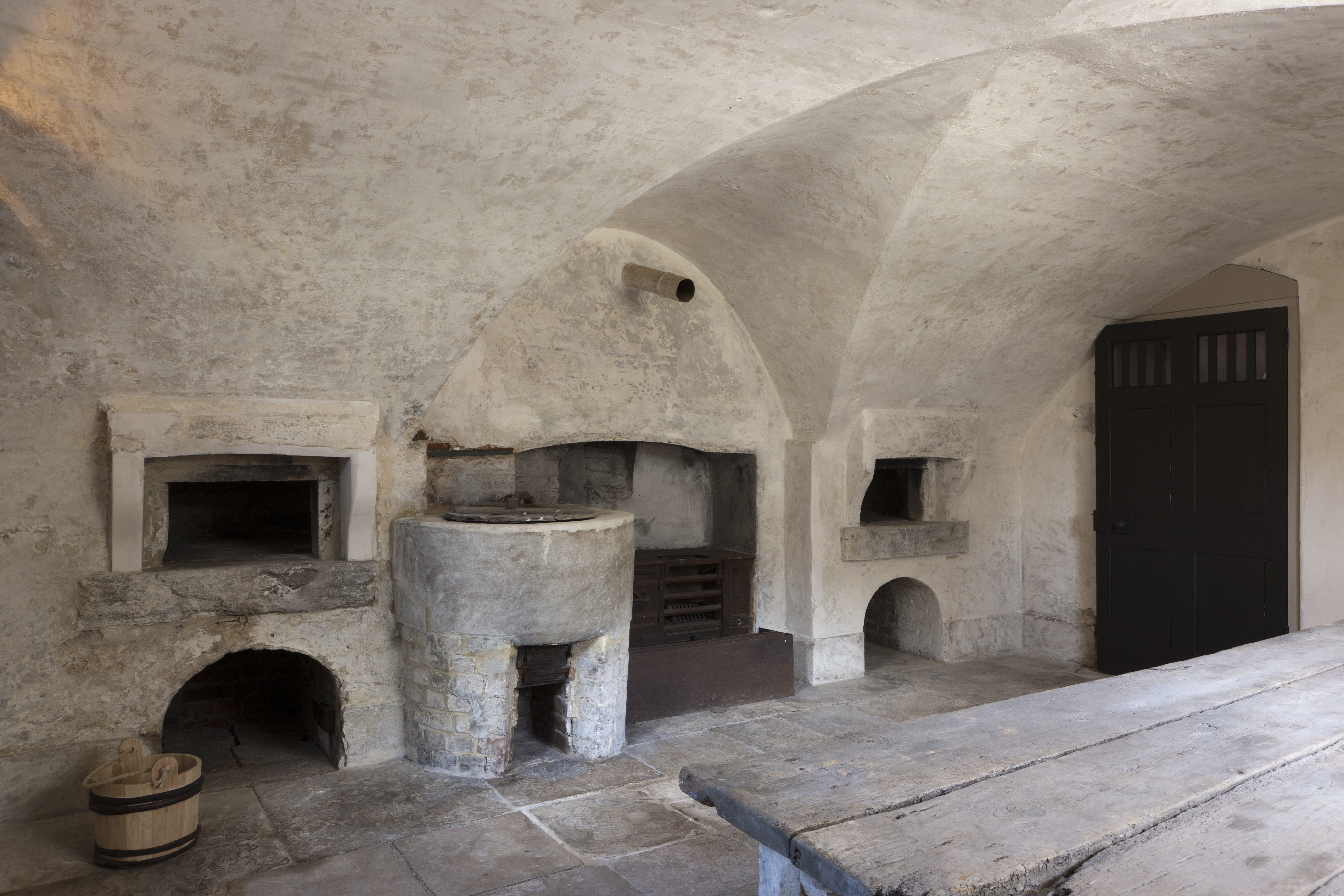 If you would like to find out more about the revival of the kitchens, you can watch Lee Prosser the lead curator on the project, explain some of the conservation work undertaken.

Each room in the kitchens had a specific function. As you entered, you came into a corridor which acted as the thoroughfare from the main kitchen to the White House. Dishes to be taken up to the house were placed on a serving hatch on the door of the kitchen. 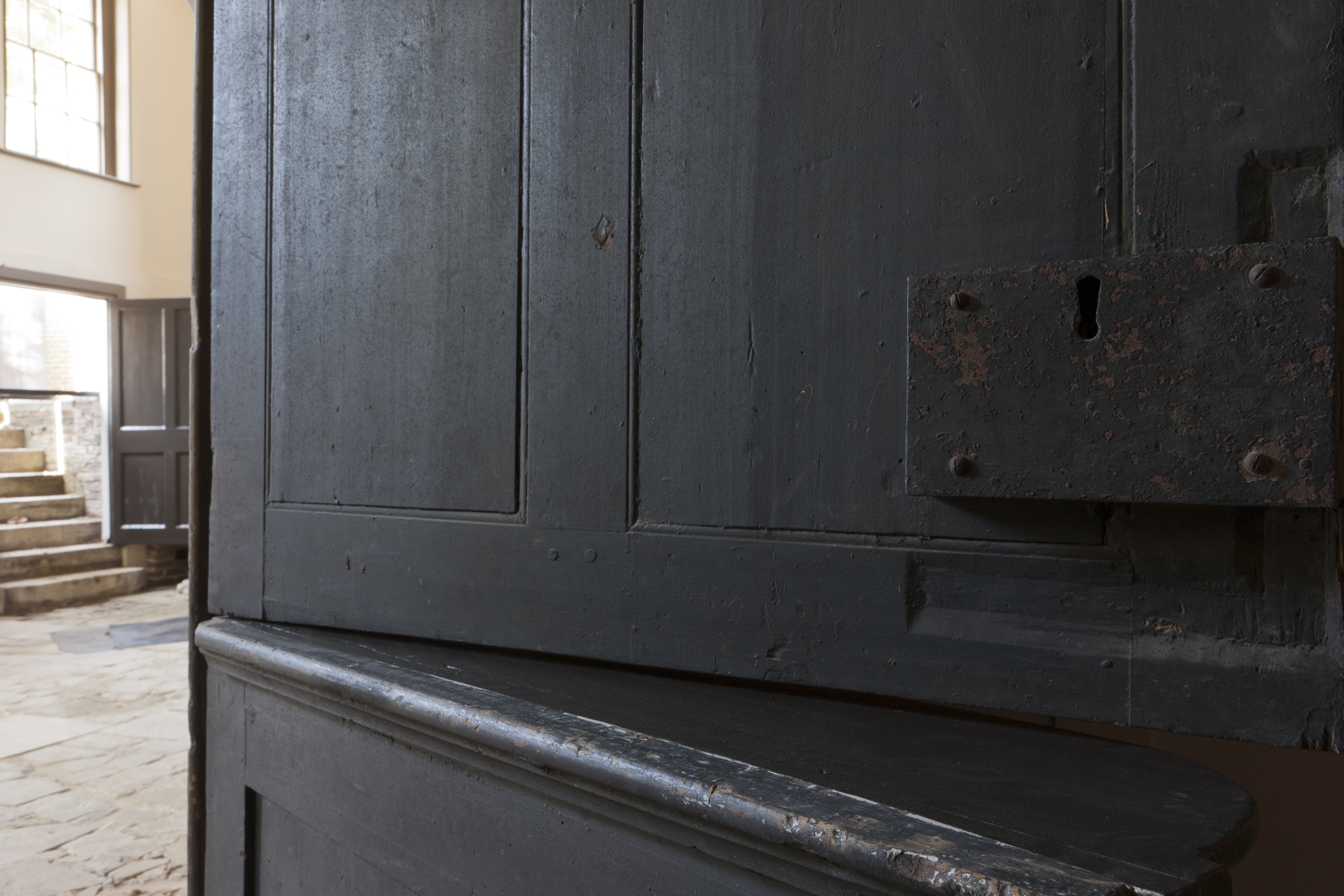 There are four smaller rooms in addition to the main kitchen. The wet larder was (and still is) a cool space, used for storing fish in barrels and meat on hooks, which can still be seen in the ceiling. The bake house, where bread was baked, still retains its original ovens and pine table, used for preparing the dough. Next door, the scullery was used for washing pots, pans and dishes, and the surviving dresser would have provided storage. A second scullery space also exists, which was for the cleaning and storage of the silver tableware. 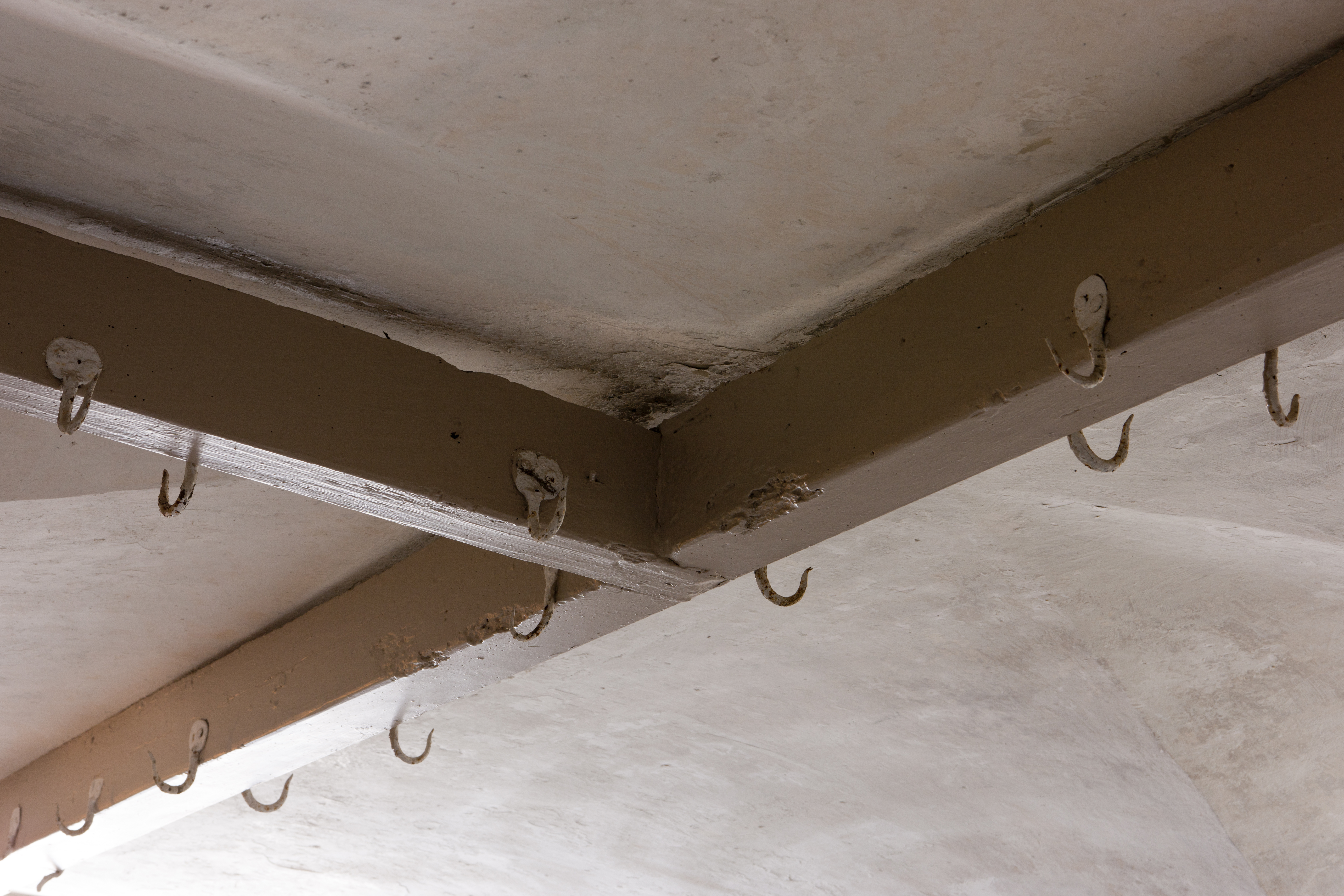 At the end of the corridor you come to the main kitchen, which has retained its original 12ft long elm table from 1737, used for the preparation of food. You can still see the many marks made by the cooks’ knives. There is a roasting range complete with spits, similar to those seen at Hampton Court Palace for roasting meat, but with one adaptation, showing the advancement of cooking techniques. It has a smoke jack, which is operated from the rising heat from the meat, which turns a fan inside the chimney, and this turns the spit on its own, without the need for manual turning. The kitchen also had a range of charcoal stoves, used for gentler cooking, and a pastry oven. Later on in this week you’ll explore some of what would have been cooked in the kitchens, and even have a chance to cook some of the food yourself. 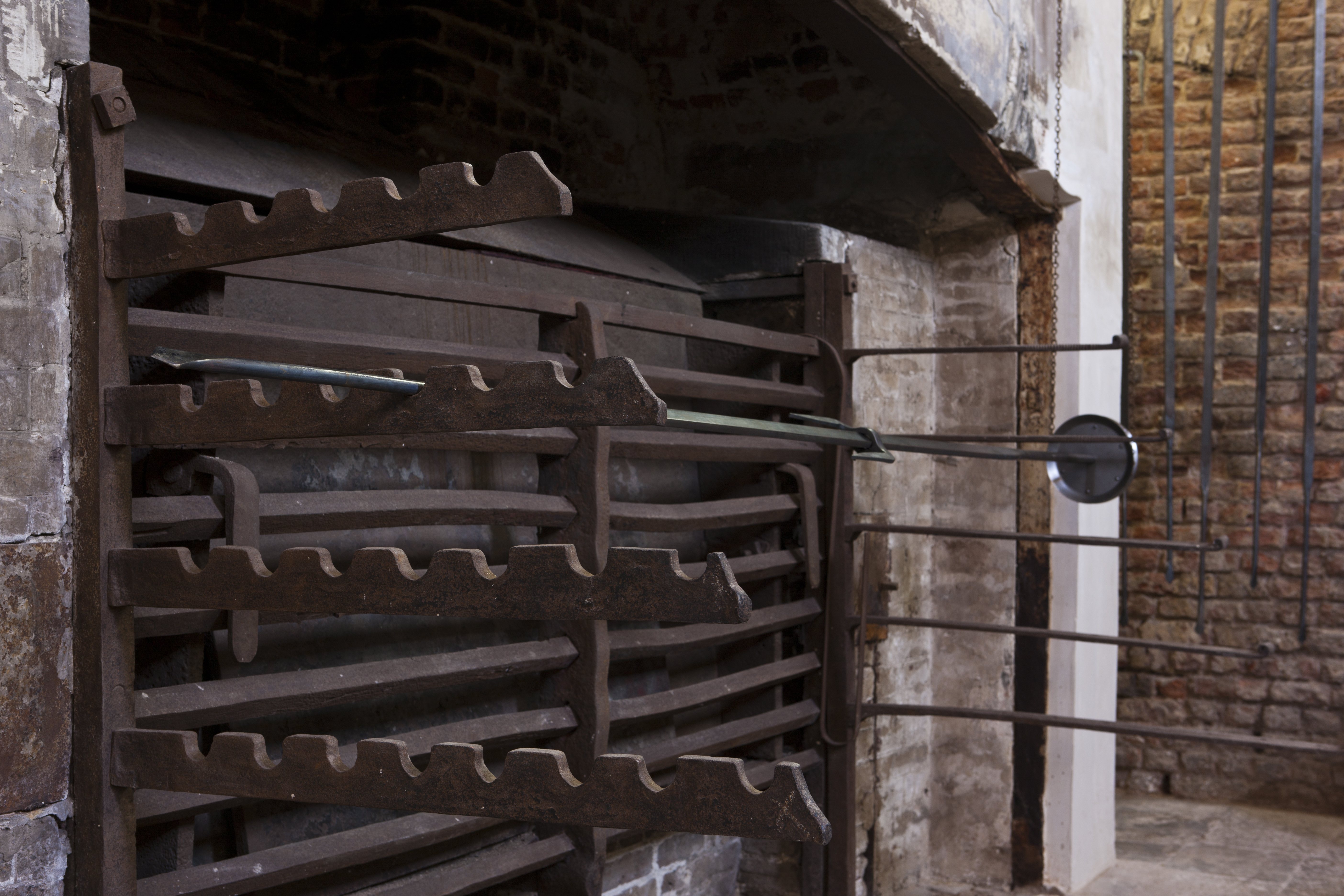 Above the kitchens were offices and lodgings for the kitchen staff. The main office was for the Clerk of the Kitchen, who had day-to-day responsibility for feeding the royal household. Importantly, the dry larder, which housed all of the most expensive dry goods including expensive items like sugar, cinnamon, wine, was positioned on this floor, where the Clerk would keep a watchful eye on its contents. 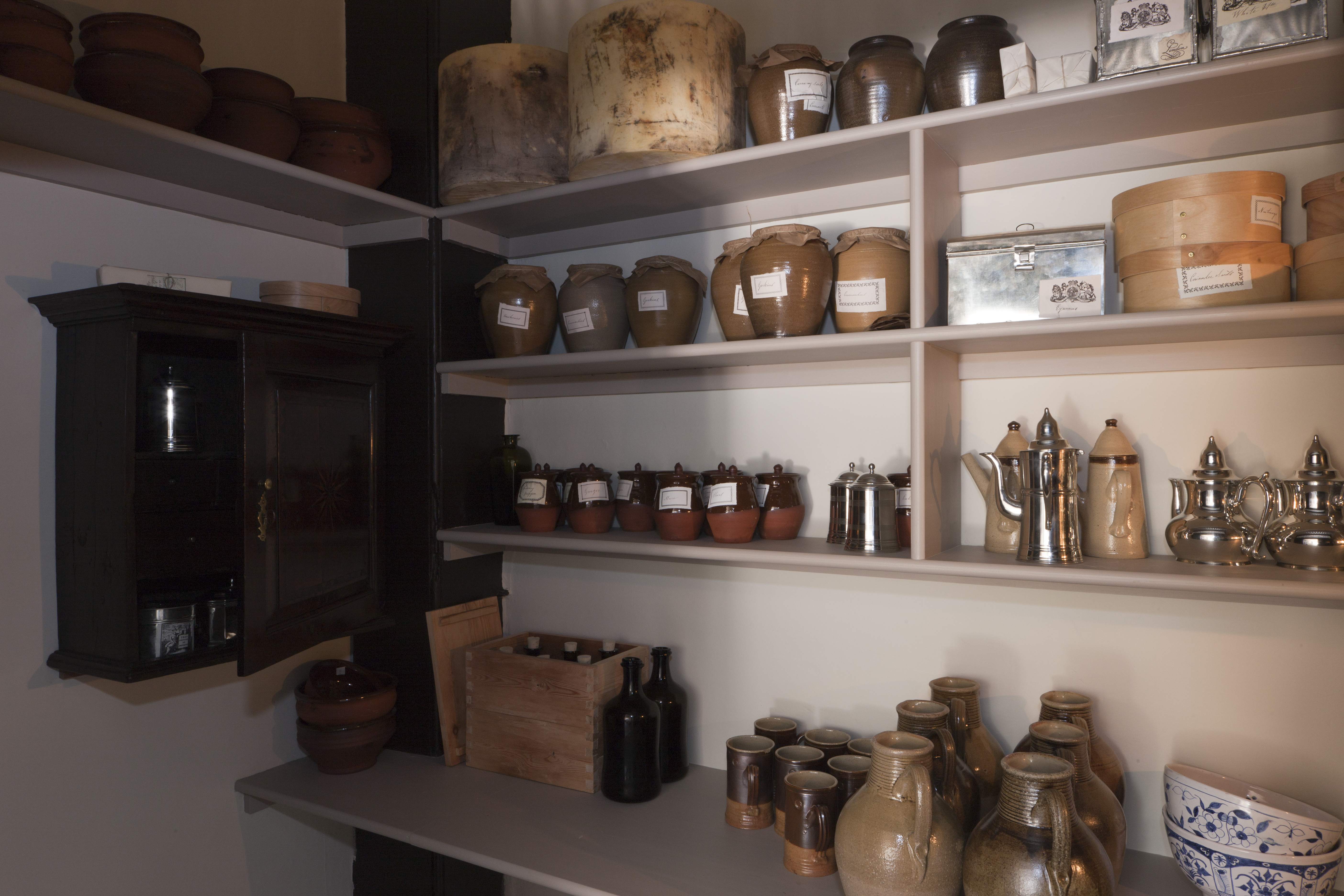 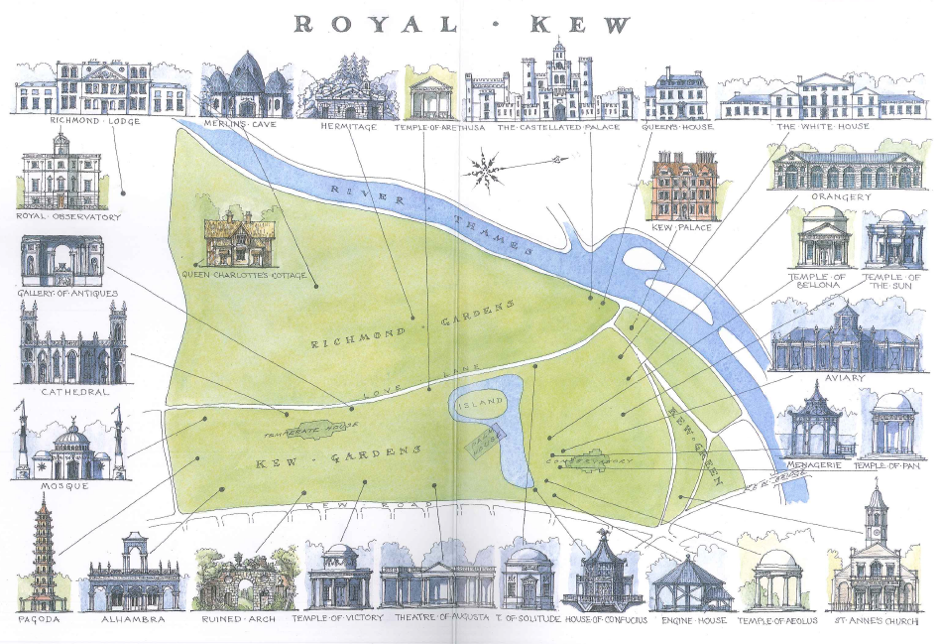 Figure 7: Map of Royal Kew with the locations of the White House and Kew Palace. The buildings shown in colour are structures still in existence today.

Now we’ve explored the kitchen buildings, in the next Step you’ll find out more about the staff who turned these spaces into a functioning royal kitchen.
© University of Reading and Historic Royal Palaces

Hi there! We hope you're enjoying our article: The kitchens unearthed
This article is part of our course: A History of Royal Food and Feasting