In this section we will be at the difference and similarities that the concept of sharing, and the model of the shared economy have in common. 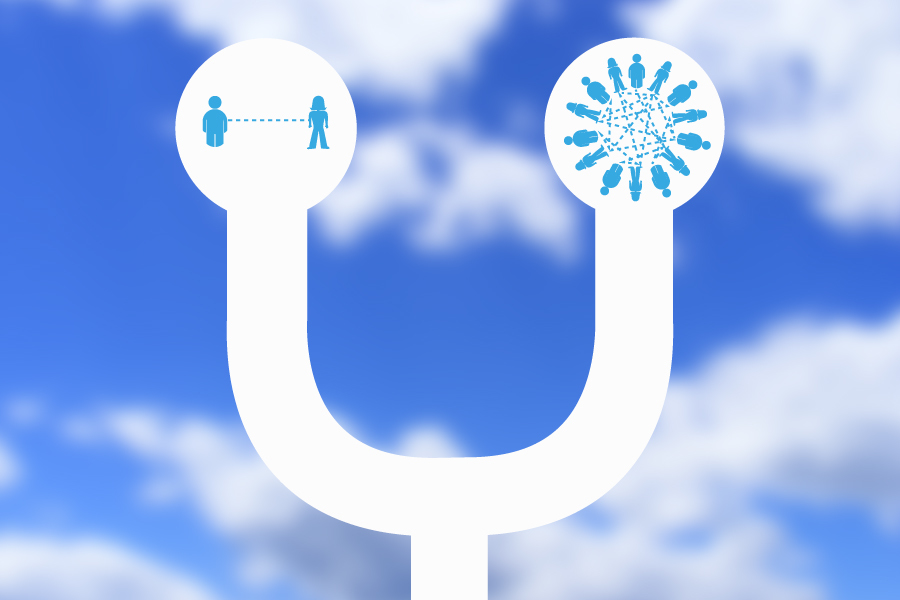 Sharing occurs when we lend or borrow things from others or use something together with others. Before the sharing economy became a marketing phenomenon, people had been sharing things with each other for centuries. In the home, a family shares the common space and food in the fridge. Growing up and even now, you will remember sharing your possessions with your siblings and friends. Even strangers can share a ride or common spaces like a public park or library. In fact, we were carpooling, sleeping over and sharing tools with our friends and neighbours long before Uber, Airbnb and OpenShed provided these same services via the sharing economy. On one hand, we have had to share things with each other because of our inability to meet all our needs on our own. On the other hand, sharing has been an important symbol of human willingness to help each other in times of need. It enables us to bond with others and enjoy a sense of belonging and social inclusion. When we share with others we exchange affection and solidarity. We show that we care about each other. Professor Russell Belk of York University in Canada has published research arguing that sharing differs from commercial exchange because it concerns shared ownership rather than sole ownership. In the home, the entire family will have a shared sense of ownership of the house and its possessions (Belk 2010). In actual sharing, no one claims sole ownership and charges others to access the good or service. Goods and services are communally owned, communally shared and communally used. Even when we share things that we hold as our possessions—like food and drinks with friends, and clothes with siblings—we give them such access for free. When we share, it is more towards bonding with others, rather than trying to make a little cash here and there. Also, we do not need a commercial intermediary to enable us to share with each other, like we see in peer-to-peer access. Neither do we consider exchange with commercial organisations as sharing since we consider such exchanges as more transactional than communal. Considering this understanding about what sharing is (not), many academics have argued that what goes on in the sharing economy is not really sharing. It is true the sharing economy is also about access and not ownership, but unlike sharing, most exchange in the sharing economy is commercial—you must pay to access it. But considering that exchange in the sharing economy involves people usually giving others access to their personal possessions, one might as well argue that what goes on in the sharing economy is sharing after all. People are often attached to their possessions—including homes and cars— and therefore giving others access to such possessions even if we charge money for them is still sharing. Does this explain why this global trend has been strongly identified as a “sharing” economy?

Discussion
It’s time for you to have a say on this ongoing debate. Is it still sharing when people have to pay for it?
Post your opinion to the Comments section, and check out other learners posts to see whether you are like minded.

Hi there! We hope you're enjoying our article: Sharing vs share economy
This article is part of our course: Business Futures: the Sharing Economy