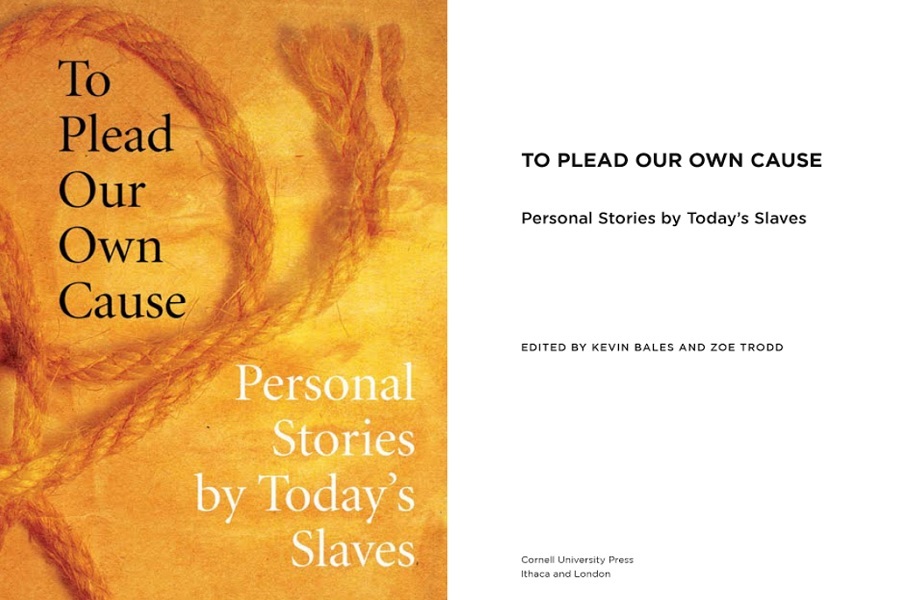 The book To Plead Our Own Cause contains 95 narratives by slaves and former slaves from around the globe, including several that you read in the previous step. Told in the words of slaves themselves, the narratives chronicle the horrors of contemporary slavery, the process of becoming free, and the challenges faced by former slaves as they build a life in freedom.In this except from the book’s introduction, the editors Kevin Bales and Zoe Trodd explain the literary tradition of the slave narrative, and some of the key characteristics of the contemporary narratives.After reading the excerpt, you might ask yourself these questions. What else characterises the contemporary slave narrative? What do the narratives have in common, as devices? And how do these compare to the characteristics of 19th-century slave narratives?

Hi there! We hope you're enjoying our article: Contemporary slave narratives – An introduction
This article is part of our course: Ending Slavery: Strategies for Contemporary Global Abolition