The growth in international trade is changing the nature of national economies. 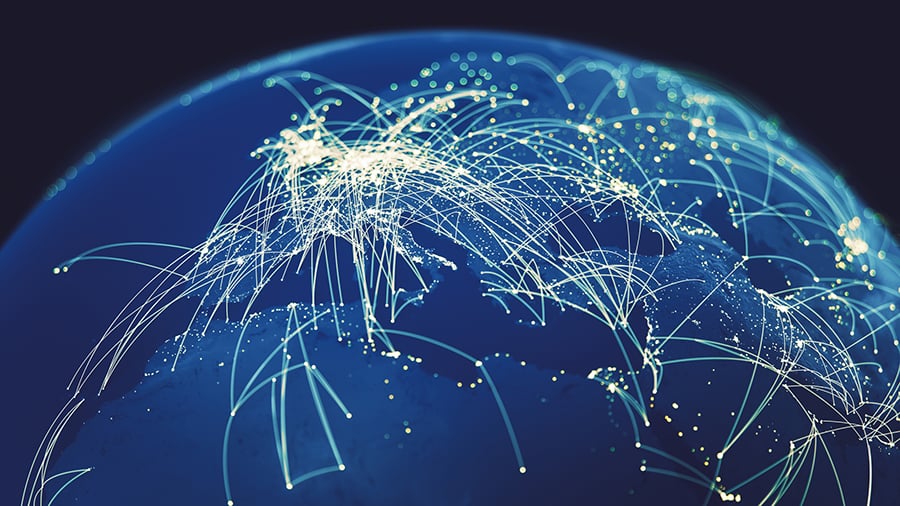 The growth in international trade is changing the nature of national economies. Understanding key trends in imports and exports can help to identify areas of business opportunity. While there is every reason to be optimistic in terms of international and domestic trade, there are challenges SMEs must be prepared to face when considering plans for expansion into new markets. A quick look at the current trends in trade helps us understand a little better where these challenges and opportunities arise and provides us with a slightly clearer path to navigate them.

According to a report released in 2017, global trade enables consumers to access a wider range of goods and services at competitive prices leading to improvements in living standards. International markets present new customer opportunities for businesses and offer a greater array of supply options that can enhance business competitiveness. Another report by the UN showed fluctuation in the price of commodities, the value of the US dollar and weaker demand in parts of the developing world have all contributed to a decline in the value of international trade earlier this decade, but growth in both value and volume has resumed in recent years. Alongside recent encouraging economic trends in global trade sits a note of pessimism caused by the emergence of negative voter sentiment toward trade, giving rise to a resurgence in ‘trade defence measures’.

In some markets, a country’s government may be concerned that imports are a threat to its own producers, for example if they are undercutting. In such instances the country might implement policies to limit the potential of imports, for example through import tariffs.
Despite these measures, the continuing opportunities and domestic benefits arising from economic interdependence, the reducing costs of engaging in trade (UNCTAD 2018), increasing numbers of businesses engaging internationally, the considerable scope for increased services trade and technology driving new models of trade, including ‘the direct dealing to consumers’ (CAANZ/Deloitte 2017), provide many reasons to be optimistic about future trade prospects.
Overwhelmingly, the movement of ‘merchandise’ or physical goods dominates international trade, and can be broadly categorised as: natural resources, agriculture and manufacturing. According to the UNCTAD report, for SMEs, trade in consumer and agricultural products and exports to developed economies have been more resilient in recent years, compared to bulk commodities, primary products and energy (UNCTAD 2018).

The value of trade in goods is virtually equal in developing and developed countries. On the other hand, about two-thirds of trade in services originate from developed countries (UNCTAD 2018).
In 2015, global services exports were valued at US$4.8 trillion, nearly a quarter of the world’s total exports, and include professional services, education and tourism, financial services, energy and mining-related services, environmental services and financial technology (or FinTech).
Economic growth can be buoyed by service sectors when they are supported by domestic regulation, particularly in developing in countries.

View Course
Over the last decade, trade in services has significantly increased, particularly for travel, transportation and business-related services. Even during the period of decline and stagnation in trade generally, trade in services has remained relatively resilient, with the exception of business services. According to the Travel & Tourism Council, the travel sector increased significantly in 2016, reaching about US$1.4 trillion. Although developing countries increased their share of trade in services during the last decade, developed countries remain the main exporters in all sectors except construction. Developing countries, however, are becoming important suppliers to international markets with regard to travel and transportation as well as computer and information services.

With services contributing more than two-thirds of gross domestic product (GDP) globally and creating more jobs than any other sector, combined with the depth of SME involvement in the services economy, SMEs are well placed to drive the increasing services component of trade. This week, we explore where and how SMEs are tapping into these markets and gain insights into how new markets are within reach for even the most specialist businesses. Through case studies we’ll learn more about some of the challenges and benefits of accessing new markets and the role they play in the lives of SMEs. Next week, we examine how different markets present different opportunities for SMEs, what China might mean for your business plans and guide you to where you can access support resources and advice.

Considering the trends outlined in the article above, identify which factors are working for and against a greater involvement of SMEs in international trade. In your comments, point to specific factors that may help to improve the prospects for your SME or one you are familiar with in accessing a new market through trade.
© Deakin University

Hi there! We hope you're enjoying our article: Trends in trade
This article is part of our course: SMEs and New Markets: Trade, the Chinese Powerhouse and Online Opportunities