Human spaceflight in your classroom

Here we look at various space missions that have been brought into the classroom through educational resources. 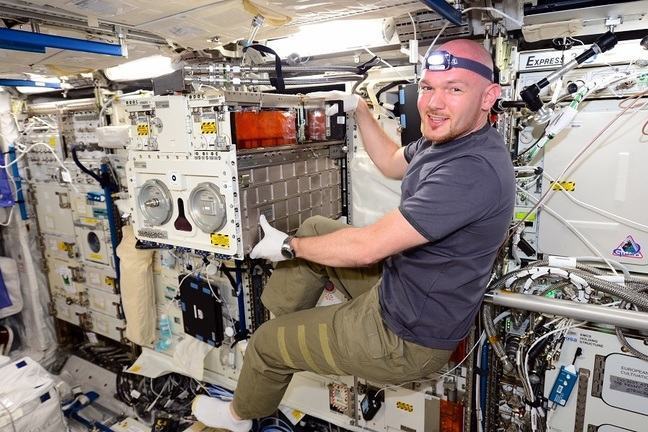 European Space Agency astronaut Tim Peake launched to the International Space Station (ISS) in December 2015. Tim’s mission was named Principia, after the famous work by Sir Isaac Newton, Principia Mathematica. ESERO-UK’s Tim Peake Primary Project (TPPP), ran in from 2015-2017 and worked directly with over 1500 primary schools across the UK. It used Tim Peake’s mission to promote space as a cross-curricular context for teaching science, literacy and numeracy. In an independent evaluation of the project there was evidence of a significant impact on teacher’s confidence in teaching space topics and in using space as a cross-curricular context. It also showed an increase in children’s enjoyment, engagement and attainment in science.Using Tim Peake and human space flight in general has been shown to have an impact on children’s learning, so participating in this course we aim to provide the tools for teachers to explore similar resources and activities to achieve the same effects for themselves in class.

Tim was the first British ESA astronaut to visit the ISS. He carried out experiments during his six month stay, and performed a spacewalk to repair the space station’s power supply. He also ran a marathon and remote piloted a rover, located in the Mars yard at Airbus Defence and Space, in the UK.Tim is one of a long line of ESA astronauts who have been involved in building and operating the International Space Station. Since Tim’s mission, French ESA astronaut Thomas Pesquet has worked on the station, and the Italian astronaut, Paolo Nespoli, returned to Earth, in December 2017, after his latest mission.The next ESA astronaut to visit the station will be the German ESA astronaut, Alexander Gerst. Alexander already worked on the ISS in 2014, and he will be returning for another six month visit, starting in May 2018. Alex is a geophysicist and volcanologist – for his doctorate he researched the mechanics of the first few seconds of volcanic eruptions, concentrating on an active volcano in Antarctica.

Throughout the Principa mission and during his time back on terra firma, Tim Peake has been supporting many educational projects led by the UK Space Agency (UKSA) and ESA. Through ESERO-UK, 1500 schools engaged in Tim’s mission through the Tim Peake Primary Project. Science and discovery centres across the UK engaged thousands through shows and workshops.

View Course
Thousands of schools took part in the Rocket Science experiment, devised by the Royal Horticultural Society. Children wrote their own code to run on Raspberry Pi computers sent to the ISS. Many other resources were written across a range of subjects.Space is an inspiring context for many curriculum subjects. In the next step, we will look at why astronauts go to the ISS and how their missions can link to topics in the classroom.

Why do you think using Tim Peake and the context of space can be used to support learning in the classroom? What benefits do you think children get from using space as a context?
Consider:

Hi there! We hope you're enjoying our article: Human spaceflight in your classroom
This article is part of our course: Teaching Primary Science: Human Spaceflight