Microgravity is misleading, because at orbital height of the space station, the gravitational acceleration is actually about 90% of that on Earth. 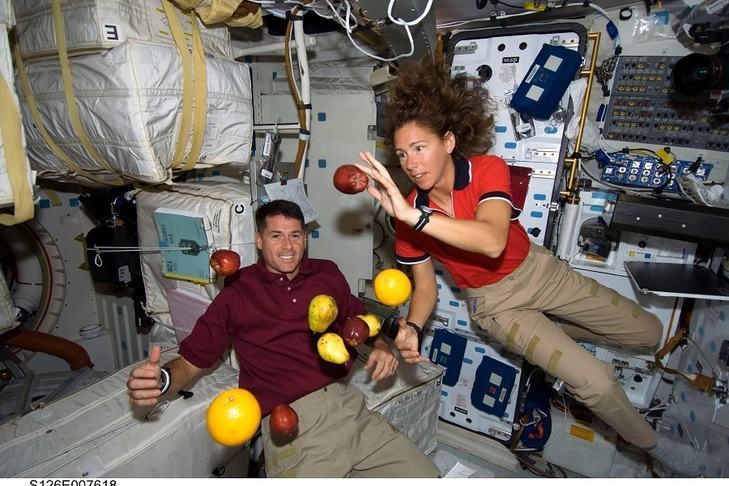 Think about the explanations you explored in the previous step. Do they help to explain freefall? There is one explanation below. This explanation will go beyond the expected knowledge of primary learners when learning about space and forces, however it is needed to understand why things on the ISS appear to float.The term microgravity is very misleading, because at the orbital height of the space station, the gravitational acceleration is actually about 90% of that on the Earth’s surface. However, because the astronauts are in freefall, they do not physically experience this force, since everything else is falling at the same rate around them. Microgravity is a term that is used to indicate that objects are in freefall in a gravitational field. Objects can also experience microgravity without being in orbit. A good example of this is a parabolic flight (image above).

How would you explain freefall to your pupils? Can you think of an example on Earth when you are in freefall for a very short time?
It’s worth reminding us which age group you teach in your response below.

Hi there! We hope you're enjoying our article: Teaching freefall and microgravity
This article is part of our course: Teaching Primary Science: Human Spaceflight