Find out more
Home / IT & Computer Science / Coding & Programming / Supercomputing / What are supercomputers?

In this article, we will have a look at what supercomputers are, why we need them and what are they used for. 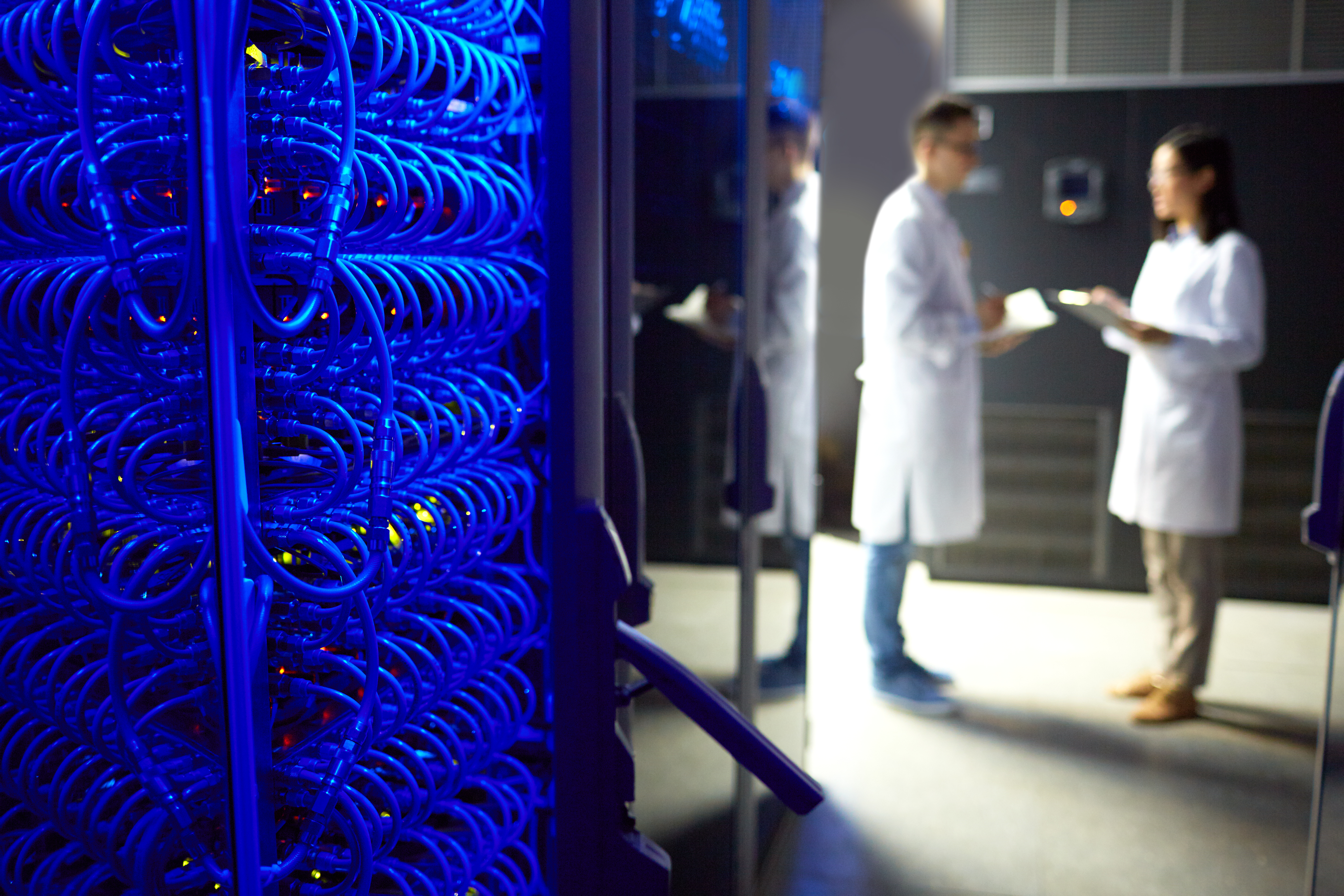 What is a supercomputer?

A supercomputer is a computer with very high-level computational capacities compared to a general-purpose computer such as a personal desktop or laptop.

Clearly, this is a moving target – today’s laptop would have been a supercomputer only a couple of decades ago – but no matter how fast today’s general-purpose computers are, there will always be a need for much more powerful machines.

When were they invented?

Supercomputers were first introduced in the 1960s by Seymour Roger Cray at Control Data Corporation (CDC), and have been used intensively in science and engineering ever since.

To keep track of the state-of-the-art, the supercomputing community looks to the Top500 list, which ranks the fastest 500 supercomputers in the world every six months. We will look at this list in more detail in the next activity.

So why do we need supercomputers? Who uses them and what are they used for? We will see that their main application is in large-scale numerical computations, also called number-crunching. Of course, for simple calculations such as:

You don’t need a supercomputer. In fact, you don’t even need a personal computer, as a pencil-and-paper or a simple calculator can do the job. If you want to calculate something more complex, such as the total salaries of every employee in a big company, you probably just need a general-purpose computer.

Why do we need a supercomputer?

The types of large-scale computations that are done by supercomputers, such as weather forecasting or simulating new materials at the atomic scale, are fundamentally based on simple numerical calculations that could each be done on a calculator.

However, the sheer size of these computations and the levels of accuracy required means that almost unimaginably large numbers of individual calculations are needed to do the job. To produce an accurate weather forecast, the total number of calculations required is measured in the quintillions, where a quintillion is one with 18 zeroes after it: 1 000 000 000 000 000 000!

So what if a computation takes several days or weeks to finish, and you want to run the same calculations many times with different input parameters. Do you want to wait while you can’t do anything else because the computation uses up all the resources of your computer? Are you prepared to wait for years before being able to collect all the results? Probably not, especially if the result you’re after is tomorrow’s weather.

This is where supercomputers come into their own, finishing a job within a few hours or days when it would take many years on a general-purpose computer, or tackling problems that are just too large or complex for an everyday machine to store in its memory.

Parallelism: the key to performance

Supercomputers achieve this using parallel computing. Performing computations in parallel mean carrying out many calculations simultaneously. It is like having thousands of general-purpose computers all working for you on the same problem at the same time.

Also keep in mind that although supercomputers provide enormous computational capacities, they are also very expensive to develop, purchase and operate.

For example, the typical power consumption of a supercomputer is in the order of several megawatts (Mega = 1 000 000), where a megawatt (MW) is enough to power a small town of around 1000 people. That is why it’s important to use them as efficiently as possible.

If you’d like to learn more about supercomputers, check out the full online course from the Partnership for Advanced Computing in Europe (PRACE), below.