Supercomputers – how are they used?

This article briefly explains why many advances in modern science require the use of supercomputers. 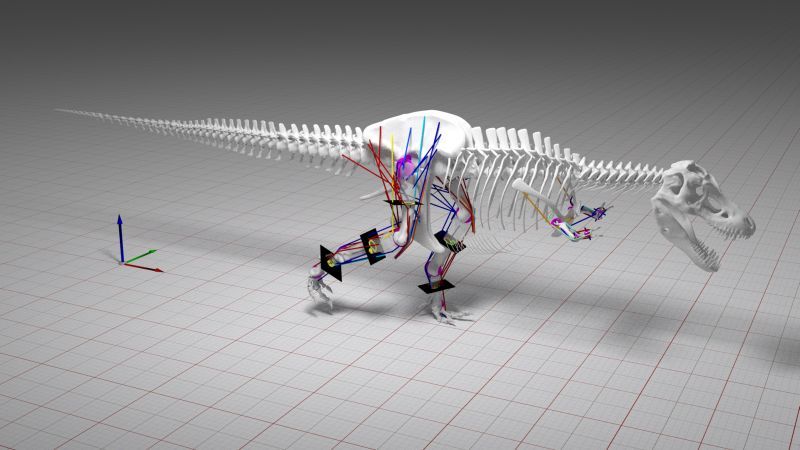 To do science in the real world we have to build complicated instruments for each experiment: vast telescopes for astronomers to look deep into space, powerful particle accelerators so physicists can smash atoms together at almost the speed of light, or enormous wind tunnels where engineers can study how an aeroplane wing will operate in flight.

However, some problems are actually too large, too distant or too dangerous to study directly: we cannot experiment on the earth’s weather to study climate change, we cannot travel thousands of light years into space to watch two galaxies collide, and we cannot dive into the centre of the sun to measure the nuclear reactions that generate its enormous heat. However, one supercomputer can run different computer programs that reproduce all of these experiments inside its own memory.

This gives the modern scientist a powerful new tool to study the real world in a virtual environment. The process of running a virtual experiment is called computer simulation, and we will spend much of week 4 looking at this process in more detail. Compared to disciplines such as chemistry, biology and physics it is a relatively new area of research which has been around for a matter of decades rather than centuries. This new area, which many view as a third pillar of science which extends the two traditional approaches of theory and experiment, is called computational science and its practitioners are computational scientists.

It’s important to be clear about the difference between computational science and computer science. Computer science is the scientific study of computers: it is through the work of computer scientists that we have the hardware and software required to build and operate today’s supercomputers. In computational science, however, we use these supercomputers to run computer simulations and make predictions about the real world. To make things even more confusing, if a computer scientist talks about a computer simulation then they would probably mean simulating a computer, i.e. running a simulation of a computer (not of the real world), which is something you might do to check that your design for a new microprocessor works correctly before going into production.

It is important to understand that large-scale computer simulation has applications in industry, applied engineering and commerce as well as academia. Modern cars and aeroplanes are designed and tested almost entirely by computer before they are ever constructed. A new car must pass crash safety tests before going to market: destructive testing of a new car is an expensive process in itself, but not nearly as expensive as having to redesign it should it fail the test. Computer simulation enables us to design new products that are much more likely to work correctly the very first time they are built.

This point was very well described by Andy Green, the driver of the Bloodhound SSC supersonic car which is aiming to break the world land speed record. In an interview on BBC’s 5 live Drive, broadcast on 4th January 2017, Adrian Goldberg asked Andy about the risks involved compared to the records set by the famous British driver Malcolm Campbell over 80 years ago:

Adrian: “But if you’re travelling at supersonic speeds and you’re breaking records, so by definition doing something that hasn’t been done before, there must be a risk?

Andy: “You’re missing the point between something that hasn’t been done before and something that is not fully understood. Back in the 1930’s, if you were doing something that hadn’t been done before, there was no other way of doing it apart from to go out and find out, to see what happens.
Nowadays you can actually produce a computer model in a supercomputer and spend literally years researching a programme down to an extraordinarily fine level of detail so that when you actually go out to push back the boundary of human endeavour, to achieve something absolutely remarkable that will make everybody look round and go ‘wow, that was impressive!’, you can actually do it in a safe, step-by-step controlled way. You can actually understand the problem in advance and that’s all the difference.”

What do you think about Andy’s statement? Share your opinion or maybe doubts with other learners!