Demographics and health outcomes in Scotland

In this article, you'll learn about the people of Scotland, and the health outcomes in the country. 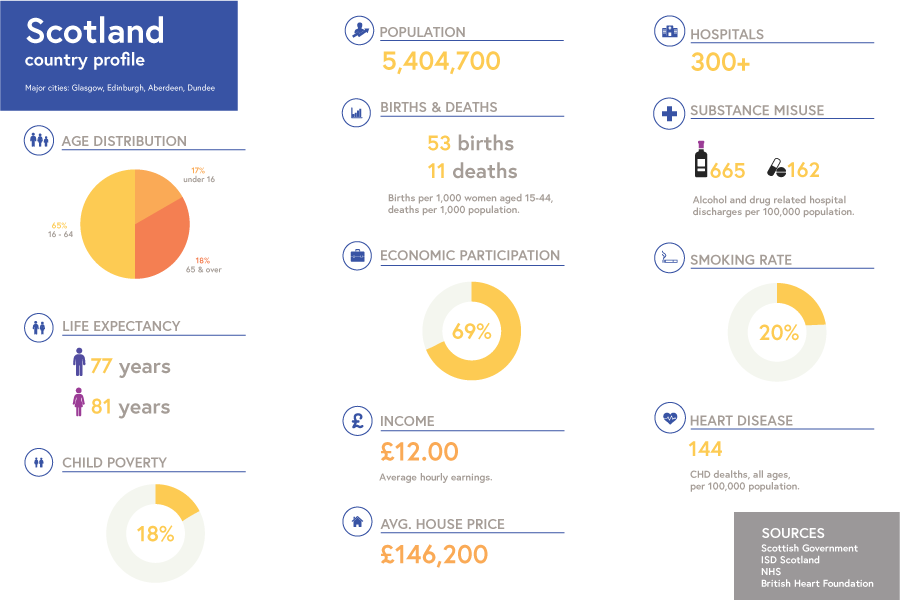 We’re using Scotland as a case study for the course, as it is where we, the course providers, live and is our best point of reference for exploring the big issue of health inequalities.

The inequalities we face in Scotland are similar to those of many other countries, but, we have a big variation in a small land area. Extremes of poverty and affluence sit closely together here, and health and social outcomes are experienced in dramatically different ways.

Another good indication of the state of a nation’s health is to consider how many years of healthy life its population experiences. Within Scotland, the extremes between the richest and poorest are shown again, as the poorest 10% of Scots can expect about 20 fewer years of healthy life than Scotland’s richest.

View Course
© The University of Dundee