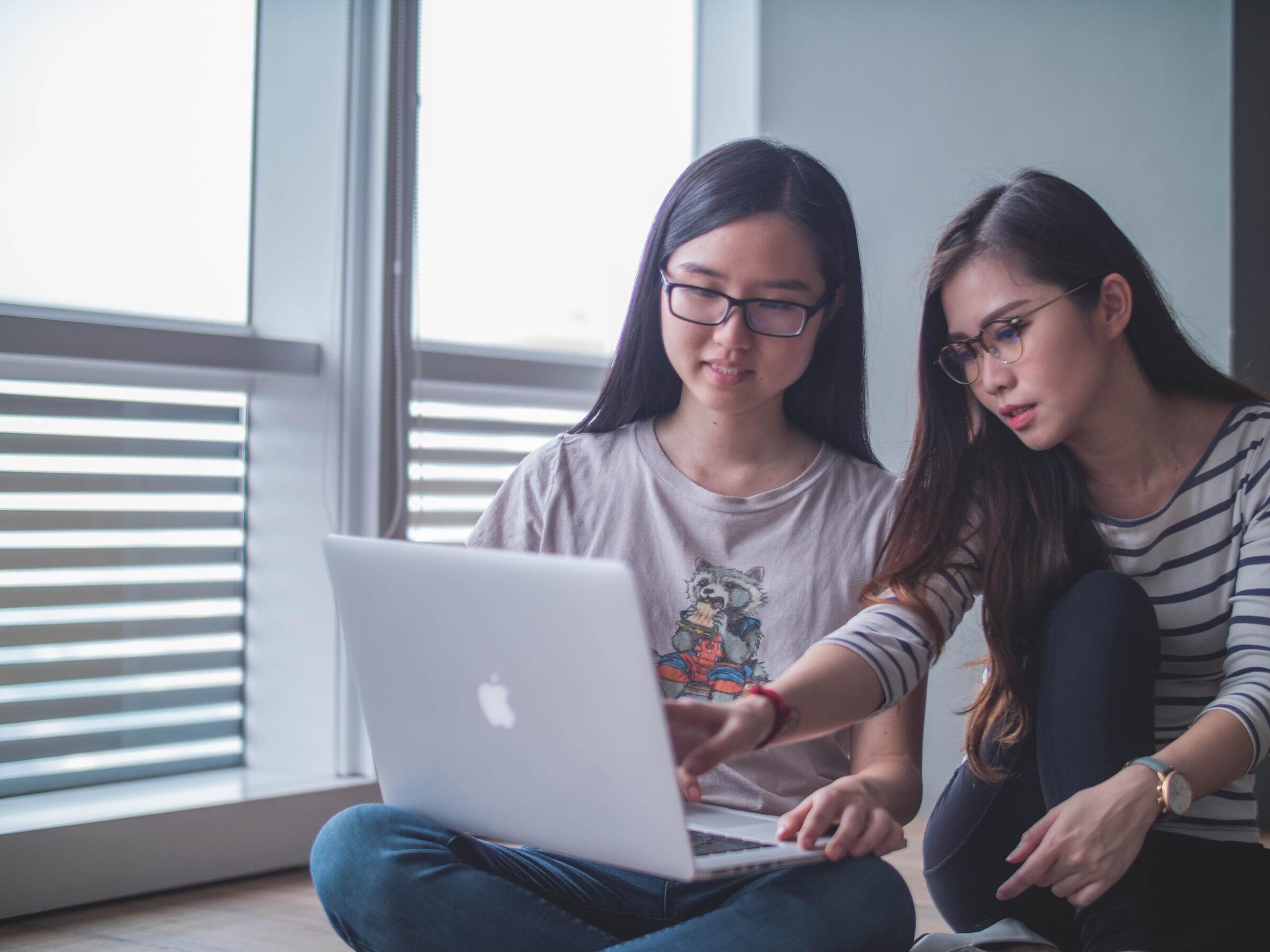 Throughout this course, you will have encountered several discussions around attitudes when it comes to videogames and screen time, debunking several myths along the way.

For some, videogames and games adjacent technologies hold additional opportunities. In multilingual families, in particular, they provide a way for children to encounter, engage with, and use heritage languages. Unfortunately, this is not as straightforward as it seems, so here, we will explore some of the opportunities and challenges that have come through in the research.

A quick word on “heritage language”

There are many ways to refer to families that speak a language at home that is different from the “societal language”, i.e. the language spoken at school, in government, etc. Some research talks about multilingual families, bilingual families, the “minority” language, or the “home” language.

In essence, what languages are spoken in a family, and the reasons for this, are complex, and go beyond the scope of this article. The term “heritage language” implies that a language is being passed through the family, i.e. “inherited”. Importantly, you can reject or accept an “inheritance”, so the term helps to problematise the relationship children may have with the language.

Often (but not always!), in children who grow up with more than one language, one of these languages will be stronger than the other, and as part of this article, we will look at how games and technology can help children access all their languages. First of all, though, let’s look at how access to games and gaming may be different in multilingual families.

In most families, up to a certain age at least, parents function as gatekeepers when it comes to deciding what games children have access to. In multilingual families, decisions around what children are allowed or not allowed to play with has an additional facet, namely the question: could this game help my child learn or maintain our heritage language?

Parents make decisions based on how much language is needed in order to play the game, and how ‘useful’ they perceive the game to be because of this. Children, on the other hand, typically show preferences according to playability, excitement, and peer value, i.e. whether or not they can talk about the game to their peers.

In some families, time allowances for playing games might be regulated depending on the language the game is in, i.e. the child will be allowed to play for longer periods, if the game is felt to support language development in the heritage language.

Who are videogames for?

One thing to bear in mind is that heritage language learners are not a target group for games developers – their language development is far too varied to be a viable consumer base.

Therefore, children speaking a heritage language ultimately have access to two types of games, from a linguistic perspective: on the one hand, games that are developed for confident speakers of the language (let’s call them “native speakers”, although that term is in itself problematic), and on the other hand, games that are developed for those wishing or needing to learn the language (let’s call them “language learners”).

A further subset are games aimed at young children with a focus on literacy development/spelling, etc. My research showed that children are very much aware of the distinction between these target audiences – imagine being seven, eight, or nine years old, and playing a game that asks you to match patches of colour to the correct word for that colour.

One boy in my research spoke about fun games being for “proper German children”, essentially not putting himself into that category, because his language skills would not allow him to access the games he actually wanted to play. This shows that what kinds of games multilingual children play impacts on their sense of identity.

My research also showed that parents viewed videogames as something children would do themselves, whereas books were more for sharing – this is important, because it means that, when children encounter a language gap during shared reading, parents are more likely to be there to help, but when it comes to gaming, children can’t necessarily rely on parents helping them overcome the language gap.

This presents a strong case for parents to treat gaming – especially with younger children – the same way as shared reading: an activity to be enjoyed together, to be communicated about, with the parent facilitating access to higher level language skills that will enhance the game enjoyment for the child (and improve their heritage language skills)!

It’s not just parents who can help overcome any language barriers, and plenty of children in my research have found their own “hacks” to access content they find more age appropriate and enjoyable. In games with a subtitle function, children can access text both auditorily and visually, enhancing their chances of successfully understanding messages vital to game play.

Pause buttons can freeze text until it can be understood. For other technologies, for example ebooks, built-in dictionaries are useful, as are screen readers to help overcome language barriers for children whose spoken language skills are stronger than written ones.

For bigger/well-known games, you can toggle between languages, so you can check understanding of the “weaker” language in the “stronger” one. Many of these “hacks” are part of accessibility being built into game development, and thus rely on developers providing the necessary options.

Access is therefore often limited to languages with a strong infrastructure behind them, and this means that the industry, as a whole, exacerbates inequity through language. This is worth bearing in mind in general conversations about videogames, but also highlights again the role of the parent, not as a gatekeeper, but as a facilitator.

Multilingual children do not necessarily game the same way as monolingual children, or rather, their game play features additional considerations, both from themselves and from their parents, which link not only to language development, but also to identity, and, in the case of some languages, systemic inequality.