Find out how combining laboratory tests and field experiments can be used to better understand ecosystem cycles in this article by Dr. Colin Beale. 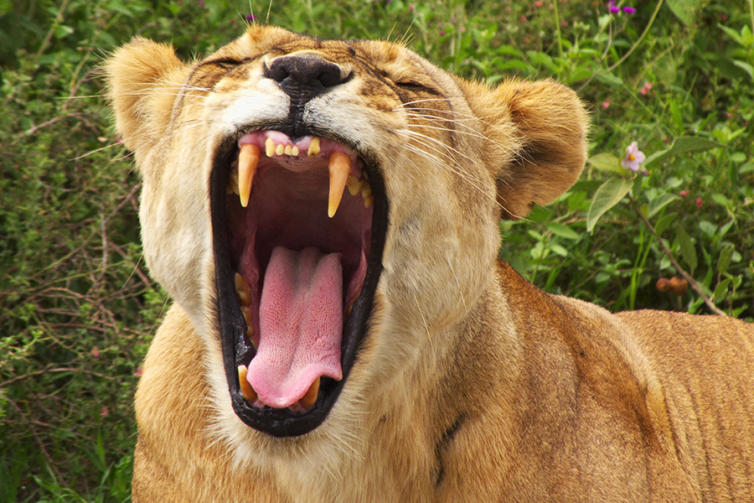 Rewilding is currently a hot topic in conservation in the UK. Rewilding seeks to return landscapes to a state where ecological processes function with little intervention from humans. The dream of some is the reintroduction of wolves and lynx into the British countryside. Proponents of rewilding argue that this would restore important ecological processes and improve biodiversity in the UK. But what would the impact be, and how could we learn about it?

In the UK we lost our large carnivores long ago: lynx over 1000 and wolves nearly 400 years ago, so we can’t easily find out how ecosystems changed when those species vanished. But extinctions of large carnivores are more recent in parts of Africa, so maybe we can look there to discover likely impacts? Consider the Gorongosa ecosystem in Mozambique. Gorongosa lost all its leopards and wild dogs and most lions during the civil war, providing an opportunity for ecologists to test how carnivores influence the ecology of an ecosystem.

Even in healthy ecosystems, large carnivores are rare: in Serengeti there are about 2500 lions, but over 2 million large herbivores. Simple models of predator-prey systems suggest that the numbers of predators are limited by the numbers of their prey, not vice versa (see Step 3.8; lynx and hare example). It might, therefore, seem unlikely that losing this rather rare component of an ecosystem would profoundly impact ecosystem function. A key argument among proponents of rewilding is that the impact of carnivores is manifested not through their direct consumption of herbivores but because herbivores change their behaviour to avoid carnivores and that avoidance has a larger impact. To test this idea the ecologists identified and tested the logical steps that could link carnivores to ecosystem impacts. 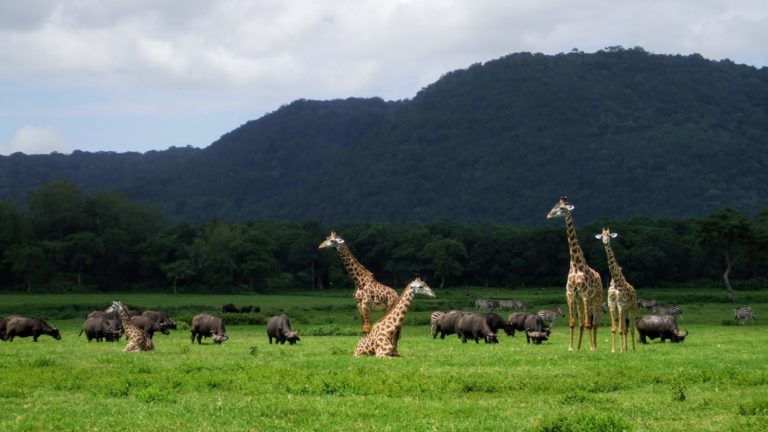 A number of herbivores

The first step is obvious: does the presence of carnivores change the behaviour of herbivores? In fact, the ecologists hypothesised that if predators have a significant impact on the behaviour of herbivores, fresh predator signs alone would have to be enough to alter behaviour as predators are rarely seen. As suggested in the video in Step 3.2, they developed an experiment where they sprayed carnivore urine, spread lion scat and played leopard calls in the territories of some collared antelopes and used a herbivore control in other territories, measuring the impact on the behaviour of antelopes using GPS collars. This showed that when the antelope territories had predator signs the animals spent more time in thicker woods than in open areas, but spreading herbivore dung and playing herbivore noises had no impact. Herbivores do respond to carnivore signs alone. But is this enough to change the ecosystem?

The ecologists hypothesised that if antelope are coming out into open areas when there are no predators around, they do so because there’s better, more nutritious forage available to them in open areas. They predicted that animals forced to keep to the denser areas would forage on different plants, and that those plants may be less nutritious so the antelopes would be thinner. Testing this required collecting antelope poo, extracting and sequencing all the plant DNA they could and identifying the species to which the DNA belonged. This identifies what the animals have eaten, and then biochemistry could be used to measure the nutrient content of the plants that differed between animals foraging in open areas and those restricted to the dense areas. Again, predictions were justified: antelopes foraging in the open areas fed on a plant with nitrogen-fixing symbiotic bacteria (see Step 1.13 in Week 1) that is more nutritious than other species and these antelopes were in better body condition than those restricted to the woods.

This already suggests that carnivores alter the nutrient cycle across the ecosystem, but the final step would be to test whether altered herbivory in open areas without carnivores changes the growth and ultimately the birth and death rates of the plants. In a final experiment, therefore, the ecologists set up cages to exclude antelopes over a random sample of the plants being eaten and measured growth rates, leaf and flower numbers. They found caged plants grew faster and had more leaves and flowers than uncaged plants, suggesting herbivory would impact the population dynamics of the plant. All together, this experiment shows how ecologists combine laboratory tests, field experiments and high tech devices to confirm that fear of carnivores alone can drive profound changes in herbivores, plants and the very nutrient cycles that define an ecosystem. We’ll look at the role animals have in nutrient cycling further in Step 3.15.