Skip main navigation
Home / Law / The Modern Judiciary: Who They Are, What They Do and Why it Matters / Judicial Statistics 2020

In the previous step, we read the overview of the Judicial Statistics 2020 Report. Here, we present some selected statistics about judges in post as at 1 April 2020 from the main text of the report, to inform our understanding of the current profile of the judiciary, tribunal members and magistrates, and how it has changed since 2014.

As noted in the last step, the report focuses on the characteristics for which there is the most reliable data.

We shall reflect on these statistics as we progress through the week, and you can test your knowledge in the quiz in a later step.

If you would like further information, you can read the full report here 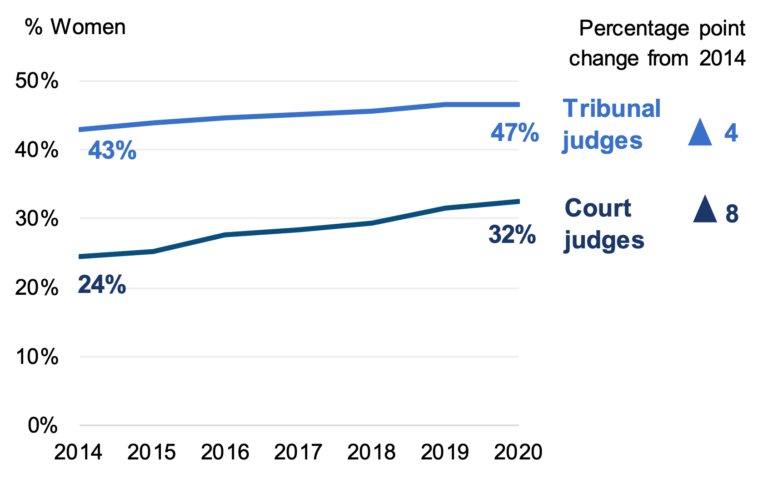 In the courts, 26% of judges in more senior posts (High Court and above) were women. The highest level of representation for women was among the District Judges (County Courts) at 44%. 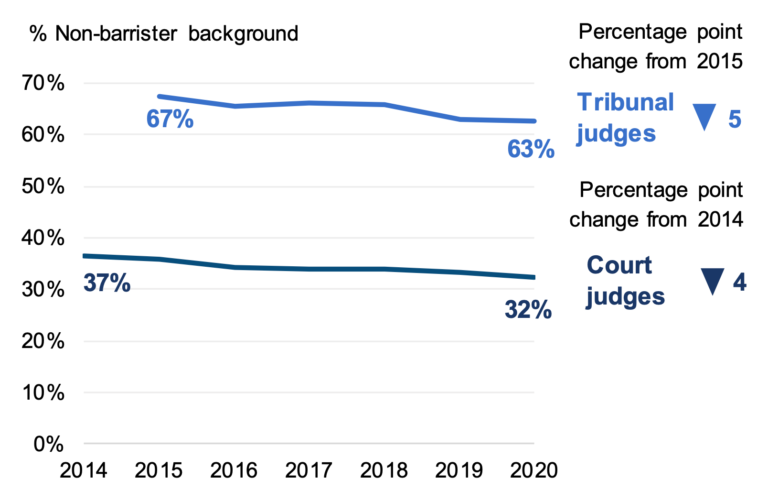