In this video, watch Professor Penny Lewis explain how brain activity can be measured during sleep and the various stages of sleep.
View transcript
3.5
We only sleep roughly one-third of our time, so that’s approximately 8 hours a day. It’s still an awful lot of time. It’s more time actually than you spend doing any other single activity. And if you think about it, the fact that we invest so much time in sleep suggests that sleep must be doing something incredibly important for us. But what is that? Well, it turns out that sleep is all about the brain, and as sleep scientists, we tend to measure it by sticking electrodes all over the scalp and the face. This is a picture of me with some of these electrodes on – and by the way, this is a sleep scientist’s idea of a selfie.
46.2
What these electrodes record is electrical activity that’s percolating up from the brain and picked up and amplified by the electrodes. In wake, this activity tends to look just like a bit of a squiggly, noisy line with time going from left to right. That’s because lots of different areas of the brain are doing completely different things, and when you add it all up, it just looks like a load of noise. As you fall asleep, what we find is that this baseline activity tends to slow down and we tend to have bursts of much higher- frequency activity occurring over localised areas of the scalp. So I’ve circled one of them here.
83
We call these sleep spindles, and they don’t occur everywhere at once, they just occur in specific locations. And I’m going to come back to these again and again, so try and remember what they look like. If you stay asleep through light sleep, you’ll move into a deeper stage of sleep that we call slow-wave sleep, and this is characterised by high-amplitude, very slow oscillations that we call slow waves. These are caused by massive neural synchrony, so they’re caused by millions of neurons all firing at the same time, causing that peak in electrical activity and then pausing, causing the trough in electrical activity.
118.5
And this pattern repeats again and again at a frequency of roughly 0.8 hertz, so that’s a bit slower than once per second, and that gives you this pattern of very slow, rolling oscillations that looks so completely different than anything we see in the brain during wake. If you stay asleep through slow-wave sleep,
140.4
you’ll move into a famous stage of sleep: rapid eye movement, sleep, or REM sleep, and this is of course characterised by rapid eye movements that occur under closed lids. It’s also characterised by a pattern of brain activity that looks very similar to the brain activity that occurs during wake, and sometimes we call it paradoxical sleep because while the brain activity looks like wake, you’re actually deeply asleep in REM. And this is in fact the time when you get – have the majority of your dreams, particularly emotional and kind of crazy disconnected dreams.
176.7
And it may be because of these dreams, and all of the activity that’s happening in the brain associated with dreams in different areas, that the pattern looks so similar to wake, ‘cause lots of different areas of the brain are doing lots of different things in REM sleep, and that’s possibly why it adds up to look just like a load of noise. If we think about the structure of a night of sleep, what we find is the brain actually cycles through all of these sleep stages roughly every 90 minutes. So it goes through all of them, and then it starts again and goes through all of them again.
210.8
Early on in the night, you’ll have quite long epochs of slow-wave sleep in every cycle, and very little (if any) REM. And later on in the night, sort of before you wake up, you’ll be having a lot of REM and you’re quite unlikely to have slow-wave sleep, so it’s like – it’s almost as if there’s a trade-off, with lots of slow-wave sleep early in the night, but lots of REM later in the night. But there’s always this kind of cycling quality to it. So taking all of this together, you can see that sleep is a kind of a complex dance.
240.8
The brain is moving through this very intricate architecture of different sleep stages, each of which actually represents quite different neural states with different neurotransmitters and different properties of brain activity and cycling through these again and again and again in the night. So again, the fact that the brain bothers to do this suggests that sleep must be doing something incredibly important.

In this step, Professor Penny Lewis explains how brain activity can be measured during sleep and talks through the various stages of sleep.

This content is taken from New Scientist online course 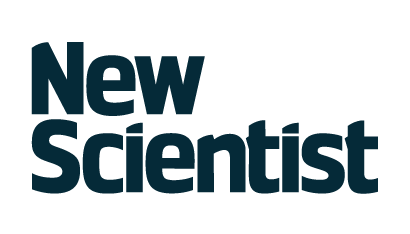