Sexual health in the trans community 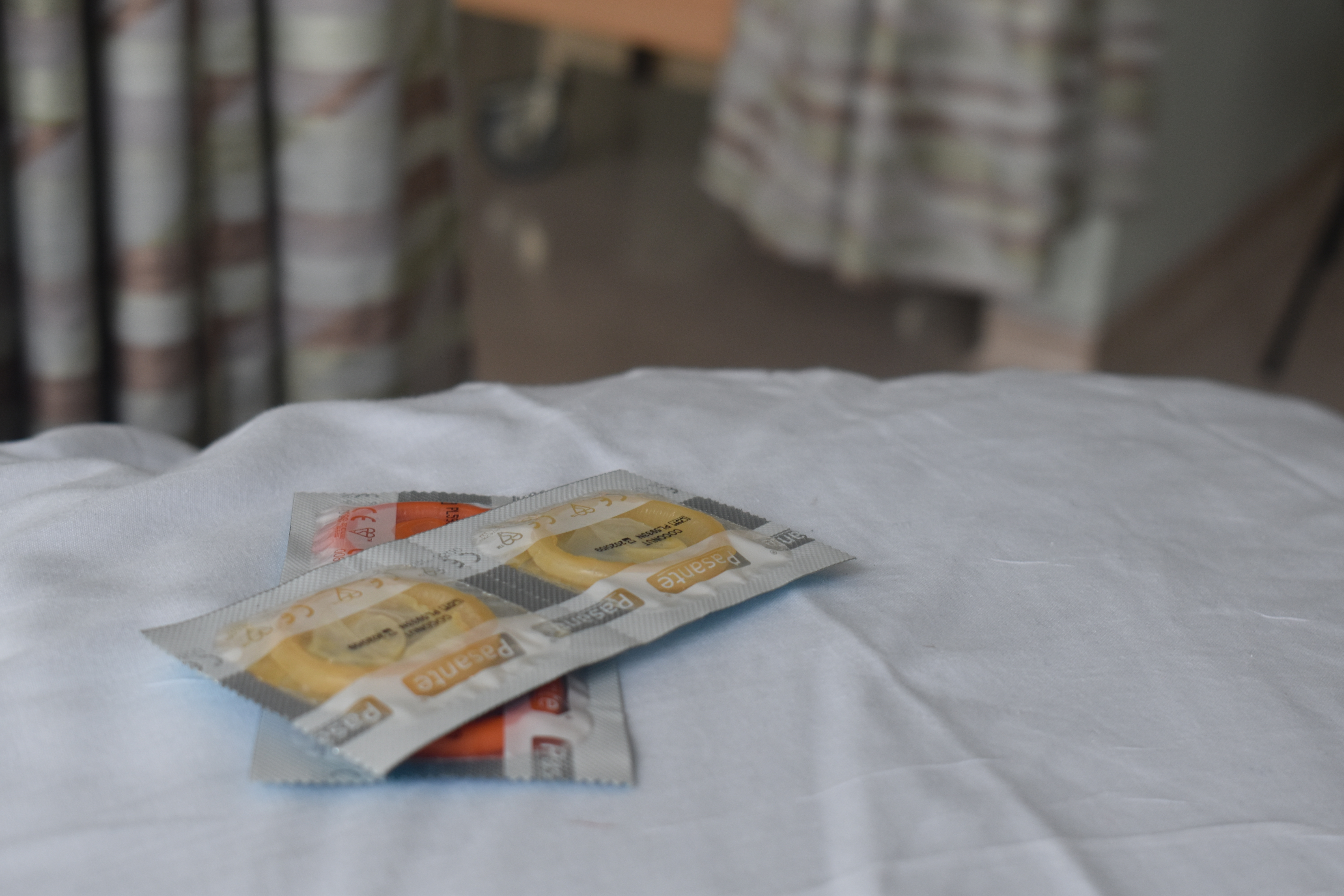 The sexual health needs of the trans community differ from the cis community significantly and it is important that healthcare professionals are aware of these issues so they are best placed to support their trans patients.

HIV and the trans community

Trans women and transfeminine people are at a significantly higher risk of contracting HIV than their cis counterparts. 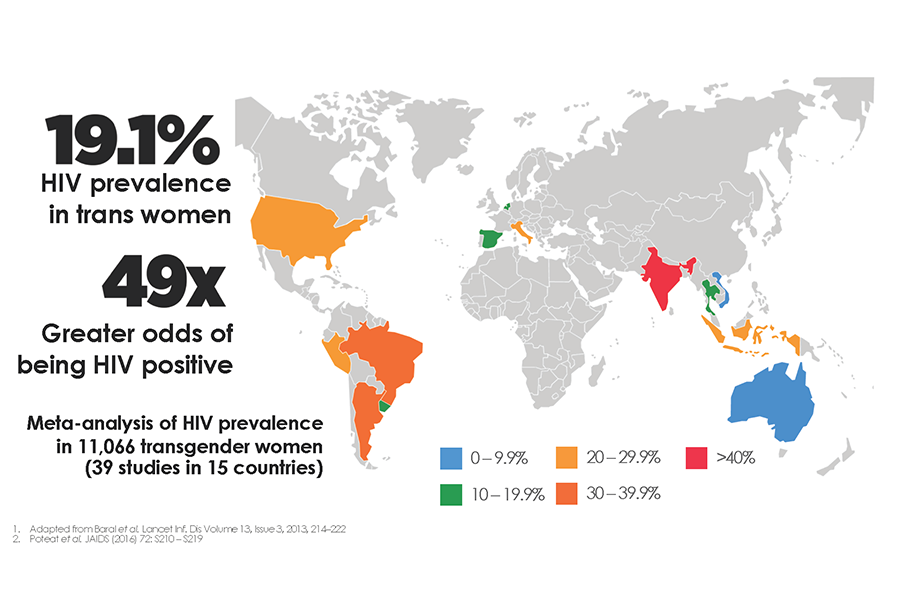 40%. The countries without data recorded are grey. The US is light orange. Spain is green. Italy is light orange. Brazil is dark orange. India is red. Australia is blue. The UK is grey. Additionally, there is large black text on the left side of the image which says 19.1% HIV prevalence in trans women, 49 times greater odds of being HIV positive and Meta-analysis of HIV in 11,066 transgender women, 39 studies in 15 countries”>
World Map infographic showing the HIV rates among trans people by country. Courtesy of Dr Kate Nambiar from her talk, ‘Trans healthcare – Specific medical issues’
Click to expand

For this reason, it is important to be aware that many trans people will qualify for Pre-exposure prophylaxis (PrEP) on the NHS. PrEP is a tablet that prevents HIV transmission from a HIV positive person to a HIV negative person.

This can be taken daily or based on a person’s sexual activity/risk. It is important to flag that PrEP needs to be taken for at least a week before it takes effect so the patient can plan accordingly. You can also reassure patients that PrEP will not interact with gender-affirming hormone therapy (GAHT).

Current NHS guidelines for who should be offered PrEP include:

Those who you feel meet this criterion can be directed to their local sexual health clinic who can offer further counselling on PrEP and their other sexual health needs.

Those who would like to know more about the use of PrEP in the trans community (including trans masculine people) are encouraged to read more about it on ClinQ’s website.

Trans people should also be offered the HPV vaccine if they are <45 years old and thought to have a similar risk level as men who have sex with other men (MSM).

Sex work in the trans community

Research in this area is lacking but according to the 2015 US Transgender Survey by National Center for Transgender Equality, of 27,715 trans people surveyed, 19% had engaged in sex work.

The reasons for this are complex but the main contributing factors are:

The combination of these issues means that trans people will often turn to sex work as a way to support themselves.

As with all the difficulties faced by the trans community, intersectional factors such as race and social class also play a significant role.

For instance, although the 2015 U.S. Transgender Survey found that 19% of the trans people have engaged in sex work, this number goes up to 42% for black trans women.

Violence faced by the trans community

The fact that trans people are so overrepresented in sex work unfortunately contributes to the incredibly high rate of violence they face. Between 2008 and 2015, 1,933 reported killings of gender-diverse/trans people in 62 countries have been documented, including 104 in 15 European countries. Of those whose profession was known, 65% were sex workers.

This epidemic of violence against the trans community, particularly BAME trans women, has led to the creation of the Trans Murder Monitoring project (TMM) in 2009. The goal of TMM is to collect data on the murder of trans people worldwide.

According to the findings of the project, a total of 350 trans and gender-diverse people were murdered in 2020 (6% more than 2019). Of these 350, 98% were trans women or transfeminine people and 62% were known to be sex workers. People of colour made up 79% of those murdered in the USA.

You can find out more about the TMM project and their research on their website.

We also invite you to participate in the Trans Day of Rememberance (TDOR), an annual observance that falls on 20th November. TDOR honours the memory of the transgender people whose lives were lost in acts of transphobic violence.

When you are working with trans people, whether they are patients, colleagues, friends or family members, bear in mind, that, fear of experiencing transphobic hate and violence is a real and harsh reality of most trans peoples’ lives.

As a healthcare professional, you have the capacity to have a positive impact and provide support in cases where a trans person safety may be jeopardised, or if a person is experiencing anxiety in their day-to-day life because of transphobia.

Sometimes simply listening and validating a trans person’s concerns and fears can have a profound impact and will strengthen the patient-provider relationship.

It is also a good idea to build close links and seek support from organisations that support trans people as these have long-standing expertise and insight into working with this population.

We have added a list of resources and references for this step in the downloads section.