How to describe the climate and its variability?

This section introduces variables essential to describe the climate and measure its changes. It highlights the utility of satellite observations.
© University of Twente

In this article, you will review the variables that are deemed essential to characterise the Earth’s climate. Then you will learn about the role of Climate Change initiative projects in using satellite data to produce essential climate variables.

Essential Climate Variables (ECVs) are “physical, chemical, or biological variables or a group of linked variables that critically contribute to the characterisation of the climate (see Bojinski et al., 2014). 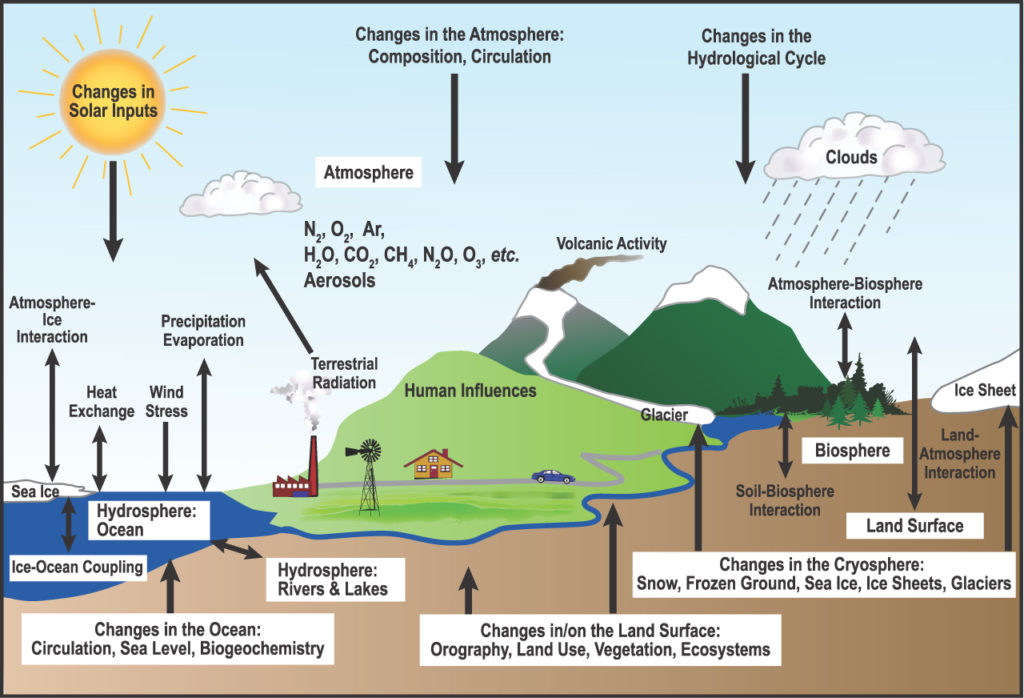 Figure 1: Interaction between the components of the climate systems, from IPCC, AR4, 2007. (Click to expand)

How climate change is detected and the utility of satellite observations

Understanding essential climate variables will enhance our understanding of the climate and its interaction with the atmosphere, land, and ocean through the main Earth’s cycles (water, energy, and carbon cycles). Detecting changes in these variables should be interpreted against the background of climate’s internal variability (natural changes that are not affected by humans).

The utility of satellites is given by their capability to establish a long record of synoptic data. Satellite observations provide a global view of the whole Earth, allowing continuous monitoring of a region throughout a long time range (Hollmann et al., 2013). This continuous, synoptic view and repeated measurements provide the means to detect small changes in the climate and compare those to the background of natural variability. These changes can be small but critical, and provide the empirical evidence needed to understand and predict the evolution of the climate. Satellite measurements of atmospheric (e.g. aerosol, cloud, water vapour), terrestrial (e.g. soil moisture, land cover) and oceanic (e.g. sea ice, sea level) variables are one of the main ways of providing the international community of scientists and policymakers with data they need to improve our understanding of the climate and predict and mitigate the consequence of its changes. To produce data sets long enough for climate research, the Climate Change Initiative (CCI) programme of the European Space Agency, ESA has merged data sets from ESA’s 40-year archive with currently operating satellites into continuous series of data records. In this merging process, the scientists of the CCI programme have produced climate data records of 23 out of the 54 ECVs related to the atmosphere, land and ocean. These satellite-based ECVs have offered the scientific evidence to predict and identify climate change and contributed to the international efforts of the United Nations Framework Convention on Climate Change (UNFCCC) and the Intergovernmental Panel on Climate Change.

The following video will review the long-term datasets on essential climate variables produced by the ESA’s Climate Change Initiative.